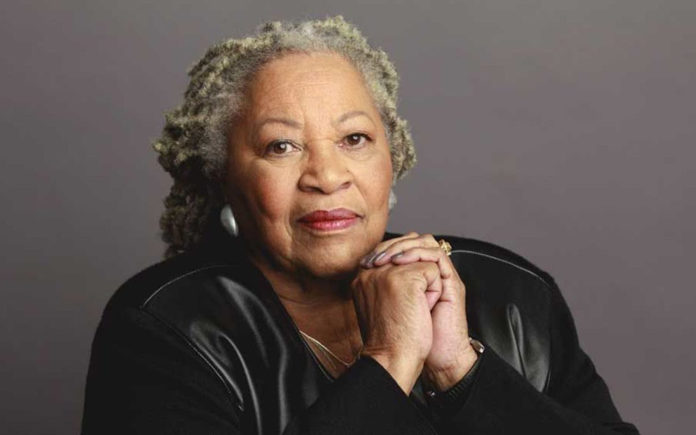 There are lots of good writers, but it is a gift to be a great storyteller.  Toni Morrison was a literary artist of the highest level.  She had the rare talent of being both a brilliant storyteller and poetic writer of prose.  Morrison died last week at the age of 88.

In addition to eleven novels, Morrison produced non-fiction, children’s literature and plays.  She won numerous awards that included a Pulitzer Prize for Fiction (Beloved), a Nobel Prize in Literature, and the Presidential Medal of Freedom, bestowed by President Obama in 2012.

The act of reading and the art of writing should be invisible.  A narrative should take us away and stop time, introduce us to new worlds and people, and expose us to beauty and conflict, and reflect humanity’s good sides and bad.  This was Morrison’s gift.  In her fictional work, Morrison delivered a reading experience that was both raw and imaginative.  Her stories are provocative and entertaining – it is as if they always existed.

Novels like The Bluest Eyes, Song of Solomon, Tar Baby and Beloved delivered captivating stories that dealt with race, identity, inequality, injustice, self-loathing and self-love.  Morrison always served the story first.  She did not preach or ridicule, but allowed the reader into the lives of her characters so that they might walk in her or his shoes and experience the strengths and weaknesses of a particular human condition.

Morrison was educated at Howard University and went to graduate school at Cornell.  She began her career as an editor for Random House – their first black editor.  She sought out black authors who might not have an opportunity to tell their stories or get their novels published.  She was a divorced, working, single mother of two boys.

As Morrison searched for stories that shared an African American experience, she came to understand that she herself had stories to tell.  She is known for saying:  “If there is a book you want to read, but it hasn’t been written yet, you must be the one to write it.

In her own words, Morrison said: “Passion is never enough; neither is skill.  But try.  For our sake and yours… tell us what the world has been to you in the dark places and in the light.  Don’t tell us what to believe, what to fear.  Show us belief’s wide skirt and the stich that unravels fear’s caul.”

There is such beauty and ease in Morrison’s prose, and her storytelling offers complex characters who compel us to see life through different lenses.  Her themes of childhood trauma, overcoming tragedy, diversity and struggle reveal not only the ugly side of human behavior but also the great moments of awe when rediscovery, self-awareness and personal identity emerge.

With racism rearing it’s despicable head, Morrison remains an authentic voice for black Americans, human dignity, equality and justice. She was wise, bold, compassionate and a peacemaker ready to fight a good fight.  She believed in creating a space for our human stories so that they may live on in literature to entertain, enlighten and enthrall.