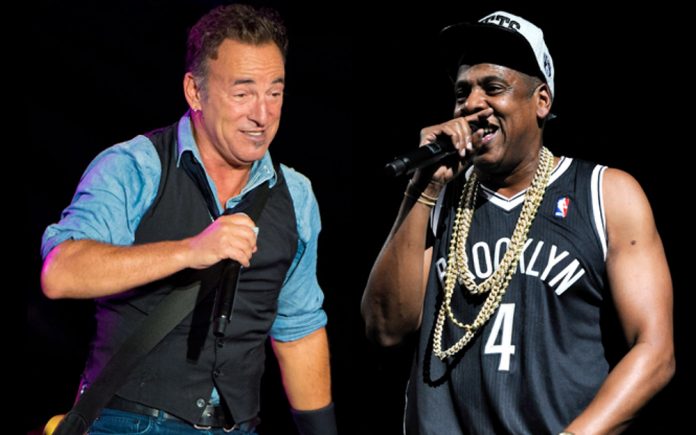 The Rolling Stone recently did a great article on the top earning musicians of 2021.  To be a top earner in 2021, musicians had to be songwriters as touring income was tough to come by during the pandemic.  Song rights during 2021 sold for record prices as investors valued songs based on the expected cashflow over time.  With record low interest rates, the cost to finance a purchase was minimal relative to the potential income stream.

Topping the list of income earners in 2021 was The Boss, Bruce Springsteen at $590 million.  $550 million of his earnings were due to the sale of his music copyrights and master recordings to Sony.  By selling his rights and masters now, The Boss was able to have the entire transaction taxed as a realized long-term gain and taxed at the 20% rate.  By receiving the money year after year, Springsteen would have been taxed at regular income tax rates.  As taxes are going up significantly on the top 1%, Springsteen was able to evade a larger tax bill over time while setting up his estate and heirs for the future.  In addition to the sale, Springsteen made $40 million from a Broadway show, book, Spotify podcast and two projects with former President Obama.  Not bad for a 72-year-old Jersey boy!

Coming in second was Shawn Corey Carter aka Jay-Z at $470 million.  This 52-year-old rapper is more of an entrepreneur than a musician.   For those unfamiliar with Jay-Z, he has 24 Grammy’s, sold more than 125 million records and married Beyonce.  In 2021, Jay-Z sold a 50% interest in his Armand de Brignac champagne to LVMH for $300 million.  He also sold an 80% interest in music streaming service Tidal to digital payments company Square for $80 million.  Square appears to be interested in leveraging its ability to finance music tours as a way to get more artists to use Tidal.  Through this purchase, Square hope to launch an alternative to Spotify, Apple Music or Amazon Music.  Good luck, Jack Dorsey!

In third was Paul Simon at $260 million.  Simon sold a lifetime of work that included four hundred songs dating back to his Simon & Garfunkel days.

It seems hard to believe but Coachella-Music-Festival-no-show aka Saint Pablo aka Ye aka Louis Vuitton Don aka the former Mr. Kim Kardashian aka Kanye West is fourth with $250 million in earnings.  This 44-year-old in need of full-time psychiatric care earned most of his earnings came from the overpriced Yeezy footwear line that is sold by Adidas.

Fifth is 42-year-old Ryan Tedder of OneRepublic. Tedder has written songs for some of the top performers in music including Paul McCartney, Adele, Ed Sheeran, Taylor Swift and countless others.  Private equity fund manager Kohlberg Kravis Roberts bought the music rights to many of his songs for a little under $200 million.  Five years earlier, Tedder sold other music rights for $60 million.

With a new recording out and a new star on the Hollywood Walk of Fame, SoCal rockers the Red Hot Chili Peppers (RHCP) were sixth with $145 million due mainly to the sale of song rights to Hipgnosis.

Lindsay Buckingham closes out the list of musicians earning more than $100 million in 2021.  Buckingham followed the lead of former bandmate Stevie Nicks who sold her rights to Hipgnosis in 2020 for $100 million.

Eighth place goes to Mötley Crüe with the sale of their rights for $95 million.  Blake Shelton earned $83 million with $14.5 million from a tour and new album, a salary north of $10 million for The Voice and $50 million from his catalog sale.  Tenth went to Taylor Swift at $80 million.