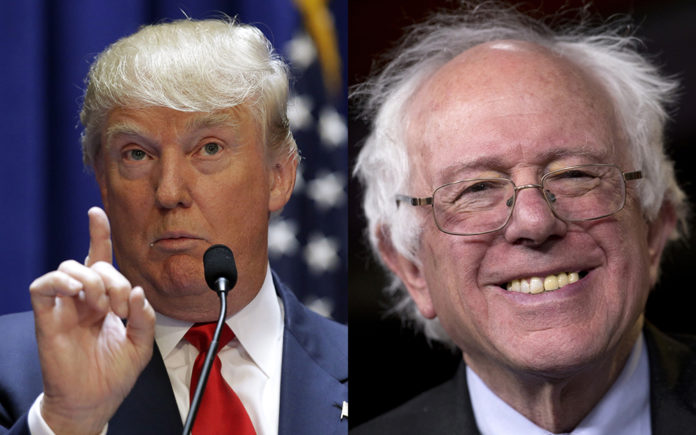 President Donald Trump may not be the most eloquent, subtle or moral of people (although he is certainly the most confident whether that confidence is based on experience or delusion) but he is the one person in Washington D.C. who is actually trying to do the right thing for the people who elected him.  And whether you hate him, love him or could care less about him, Trump is the first President in well over thirty years to put our national interests ahead of campaign contributions and seven-figure speaking gigs.

President Trump knows that both the Democrats and the Republicans oppose him in fixing a broken trade system.  The only person holding a stance similar to Trump is Vermont senator and Socialist, Bernie Sanders.

Think about it – the insurgent Democrat and Republican are the only two in D.C. putting the American worker and our national needs ahead of the self-serving globalistic needs of both parties.

To understand this, consider NAFTA – our free trade agreement with Mexico and Canada.  By signing NAFTA and not fixing it, President Clinton and all subsequent presidents supported the current deal.  By signing NAFTA, they gave our car manufacturing industry to Mexico.

Making matters worse, the few remaining U.S. made cars that were exported to the European Union (E.U.) were slapped with a 25% entry (tariff) fees while we only charged 2.5% on cars shipped to the U.S. by the E.U.  Meanwhile, the E.U. cut deals with Canada and Mexico that gave them the same 2.5% tariffs as the countries of the E.U.  This meant that U.S. carmakers needed to move their production to our neighboring countries or face extinction.

When we look at China, trade deals are even more heavily manipulated against the United States.  Even worse, China has stolen our best ideas and most profitable exports, yet past Presidents have been unwilling to confront Beijing.  If we want to reverse the erosion of the middle class and make Americans richer, we have to fix policies, agreements and stances that do just the opposite.

As hard as it is to believe, Trump takes a Bernie Sanders-ish stance on trade.   And he is doing it on the heels of a massive tax cut for businesses and individuals meaning that any near-term impact from this ‘trade war’ will have a lowered impact on Americans.  Additionally, Trump is initiating this at a time when the forty-three largest economies of the world are all growing – the first time in the history of the world that this has happened.

These good economic times are exactly when you fix bad trade deals.  With everyone feeling wealthier, it is likely that China and the E.U. will not kill the Golden Goose (or Eagle) as they have far more to lose than us, as we are the ones being cheated thanks to our globalist leaders of the past.

Whether you understand economics or not, I am sure that you will agree that the interests of the Chinese, E.U., corporations and their representatives in D.C. do not align with those of the average middle class American worker.

President Trump is initiating a fight worth having if we want to try and preserve the middle class that we still have while hoping for better tomorrows for our children and our children’s children.

Haddon Libby is Managing Partner of Winslow Drake Investment Management and can be reached at HLibby@WinslowDrake.com.  For more information, please visit www.WinslowDrake.com.