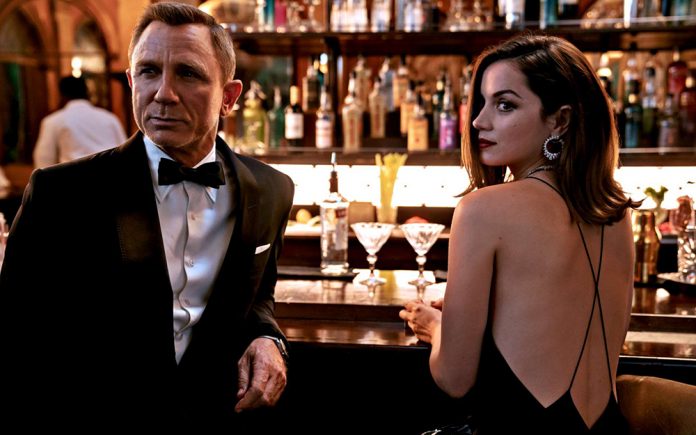 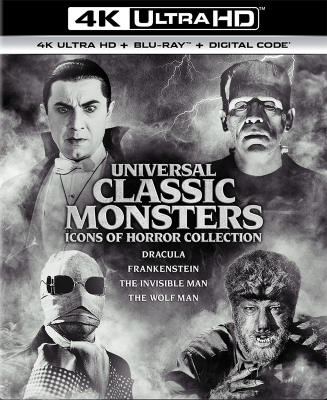 Universal Studios has been in business since the era of silent film through today.  The studio has been widely regarded as the home od their prized and iconic monsters.  The best  preservedoriginal elements of these films have been stored in their climate controlled vault.  And now, these pristine artifacts from  Hollywood’s fabled past have been transferred in new 4K editions., and their prized and iconic monster movies stored in their climate controlled vault remain in pristine condition and look great in stunning new 4K transfers for the home theater.

The collection showcases four of the most iconic monsters in motion picture history, including Dracula, Frankenstein, The Invisible Man and The Wolf Man.

Starring Bela Lugosi, Boris Karloff, Lon Chaney and Claude Rains in the roles that they made famous, these original films set the standard for anew horror genre with revolutionary makeup, mood-altering cinematography and ground-breaking special effects.

‘The Road to Dracula.’

‘The Frankenstein Files: How Hollywood Made a Monster.’

‘The Wolf Man From Ancient Greece to Modern Myth.’

‘Now You See Him: The Invisible Man revealed.’

A worthy addition to the home library.  4K UHD.  Universal. 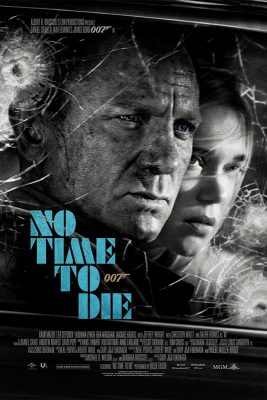 NO TIME TO DIE.

Mentioned here last week, the latest Bond film, the 27th in the series and the fifth and last time Daniel Craig  will play the British super spy (or so we’re told) finally makes it to the screen after nearly a year and a half delay.

This satisfying entry – already a global hit — in the franchise features a strong emotional center that’s often lacking in theses films.  But rest assured, there is no shortage in the trademark and expected big action sequences..  Big recommendation.