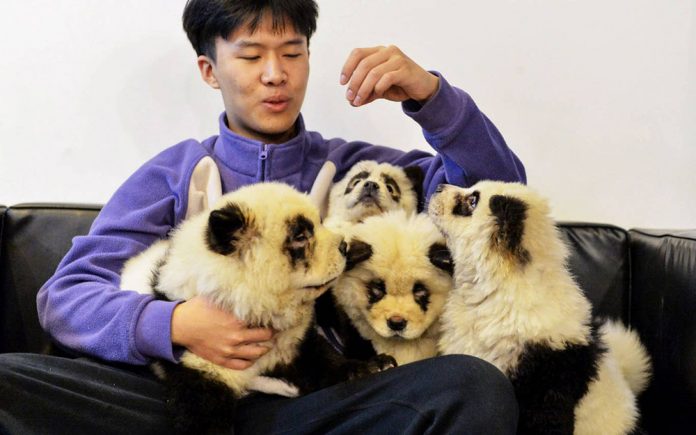 According to Hotwire.com, Americans spend approximately $58 billion on year-end travel.  As many of us get ready to visits family and friends near and far this holiday season, consider a few of the more unique and unusual places to go or things to do.

If you are in southwestern China, consider a visit to the Candy Planet Pet Café in Chendu, China.  What makes this café so unique is that they will turn man’s best friend into a Kung Fu Panda through dog hair dyes for only $200.  This publicity stunt has helped with sales at this café with one patron having his six chow chows painted to resemble the Chinese equivalent to the American Bald Eagle.

Many people view this business gimmickry as animal cruelty.

“Coating dogs with chemical dyes are stressful and can even cause allergic reactions on their skin, nose, and eyes,” said Jason Baker, PETAs VP for operations in Asia.

Travelers on a budget in Japan often stay at ryokan hotels.  These hotels typically have shared bathrooms and common areas but separate sleeping quarters.  Each bedroom is quite small with a bamboo floor mat, futon, short table and dresser.  The One Dollar Hotel in Fukuoka, Japan lets visitors stay for only one dollar in room #8…but with a catch.  Your stay in the room is broadcast 24/7 on YouTube.

When Tetsuya Inoue took over the Asahi Ryokan Hotel from his grandmother, he was looking for ways to generate publicity and breathe some new life into their ryokan.  “This is a very old ryokan. Our hotel is on the cheaper side, so we need(ed) something special that everyone would talk about.”

While room #8 is livestreamed, content is kept tasteful as the video feeds are pointed away from the bathroom and changing area. 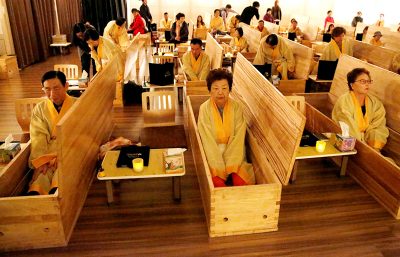 Want a staycation like no other, that is a lot less ‘tasteful’ than the One Dollar Hotel?  The Sea Mountain Inn and Lifestyle Resort Spa is considered one of the top alternative lifestyle hotels in the United States.  What makes this Inn/Spa so unique is that it is a nudist hotel for women and couples that also holds private parties for those into alternative lifestyles like swinging, partner swapping and other public or private displays of…well, whatever you want to display.

Over the last seven years, more than 25,000 have visited the Hyowon Healing Center in Seoul for a different type of spiritual awakening – the simulation of their own deaths.  Participants do things like posing for funeral portraits, writing their last will and testament and resting in a closed casket for ten minutes.  “Once you become conscious of death, and experience it, you undertake a new approach to life,” said 75-year-old participant Cho Jae Hee.

The Road of Death

If you find yourself in La Paz, Bolivia, consider a bike ride on the Road of Death.  Yungas Road earned the nickname Road of Death for a section of this cycling road that is a single tract with no guard rails.  Approximately one person a year dies while cycling here.   Rising from the lowland jungles of La Paz to the snow-capped Andes Mountain peaks that reach 11,000 feet, many consider this one of the most challenging cycling trails around the world due to the heights that this 37 mile road reaches.

Roadtrip on a Motorcycle

While Sturgis, South Dakota serves as host to the largest motorcycle rally each August with some 700,000 visitors spending nearly $800 million during the nine-day gathering, the Guinness Book of Records does not recognize that as the largest motorcycle ‘parade’.  That honor goes to Paris, Texas which set the record in October when 3,497 bikers gathered, breaking the old record set in Greece in 2010 by more than 300 choppers.

Haddon Libby is the Founder and Managing Partner of Winslow Drake Investment Management, a Fiduciary-Only firm.  To find out more or reach us, please visit www.WinslowDrake.com or email Hlibby@WinslowDrake.com.