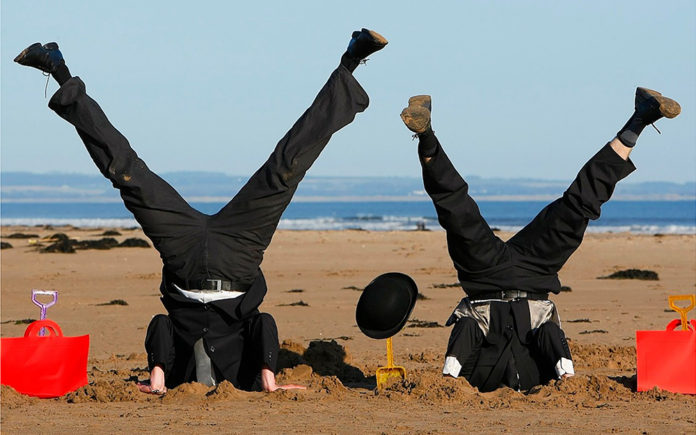 Last month was the best June for the stock market in 80 years which came as a rare economic event occurred – the inversion of the Yield Curve. This is big news as a recession has happened every time that we have had an Inverted Yield Curve.

What is an Inverted Yield Curve and what does it mean?

Normally, if you buy a bank CD for five years, you expect to get a higher rate than a three month CD, right?  Markets feel the same way.  When the rate paid on shorter-dated US Treasuries is higher than longer dated ones, we have an Inverted Yield Curve.  In the past, an Inverted Yield Curve has predicted a recession within 12 to 18 months with 100% accuracy.  Unless things are different this time, we can expect an economic slowdown sometime around the time of the 2020 elections.

Despite this early indicator that tougher times may be ahead, stocks typically go higher in these situations as investors with new money avoid the historically low yields paid on bonds.

If we use the Price-Earnings Ratio (P/E multiple) for stocks over time, a P/E multiple in the 16x to 18x range is common. This means that stocks are selling at a price that equates to 16 to 18 years of earnings.  At the start of July, the P/E multiple was 19x which is slightly higher than historic averages.  This is down significantly from the 24x level at year-end 2017 and 19.4x just six months ago.  Given our historically low interest rates, this valuation seems fair – at least the market feels that way.

Looking inside the numbers, CNBC reported that half of all S&P stocks are down by an average amount of 14% over the last year.  This suggests is that a handful of the largest companies (i.e. Amazon, Microsoft and Disney) are increasingly responsible for the market’s good performance.

U.S. manufacturers saw their activity peaked at the end of last year.  In only six months, this business sector has lost all of its mojo and is on the verge of slipping into a recession.  As only 20% of the U.S. economy relates to manufacturing, the hope is that this segment of the economy does not serve as a contagion which makes our service economy weak.

Where the Federal Reserve was aggressively raising interest rates only seven months ago, there is a very good chance that we can expect the Fed to reduce interest rates by 0.50% by the end of this year. The first rate cut expected at the end of July.

As other places like the European Union and China have far lower interest rates than the United States, the impact of 2018 Fed rate increases was to undercut the impact of U.S. tariffs on the E.U. and China.  Stated differently, U.S. manufacturers were hurt by the contradiction in actions between the Trump Administration on trade issues and the Federal Reserve on interest rates.  In contrast, the E.U. and China were able to coordinate the actions of their trade negotiators and central banks so as to buoy their economies as a time when U.S. sanctions would have hurt their economies.

All of this suggests that the market is already adjusting to expectations for an economic slowdown. This does not mean that we will experience a recession like the Great One of a decade ago as the world is on the precipice of a technological revolution.  As 5G and Artificial Intelligence merge the physical world with the Internet of Things, massive capital investments will be made by companies and governments globally.  These capital outlays should protect the economy from any larger than an economic slowdown.