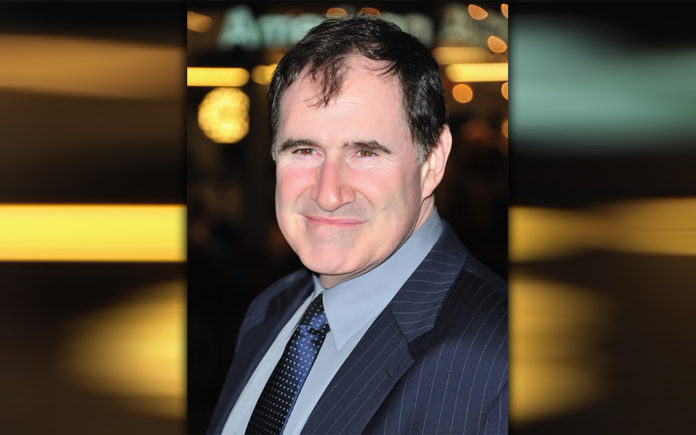 Richard Kind knows he isn’t just another pretty face. And he wouldn’t have it any other way.

The 61-year-old character actor has enjoyed a three-decade-plus career on stage (Chicago’s Second City, “The Big Knife” on Broadway), television (“Mad About You,” “Spin City,” “Curb Your Enthusiasm”) and the big screen (“A Serious Man,” “For Your Consideration,” “Toy Story 3”). Later this month, Kind takes center stage in the acclaimed one-man play, “A Man and His Prostate (Or How I Spent my Italian Vacation)” at the Palm Springs Art Museum’s Annenberg Theater.  Yes, it’s a comedy.

The veteran performer recently chatted with us from the set of the upcoming indie film “Auggie” about improvising with Larry David, being directed by the Coen Brothers and returning to Palm Springs for more than just a round of golf.

KIND: That the audience teaches you if you’re paying attention. They’re your most important instructor… All the applause, all the laughter and especially the silences – you have to be attuned to their reactions. You have to feel the audience, everything they’re experiencing. That’s how you become a better actor.

CV WEEKLY: You starred in a pair of iconic ’90s sitcoms in “Spin City” and “Mad About You.” What were those experiences like and are you still recognized today for those roles?

KIND: You know, my fan base, if that’s what you want to call it, is very, what’s the word… segmented. It really depends on geography, age group, ethnicity, etc. Those shows were wonderful to be a part of, but there also people who remember me from “Luck” (HBO series) and “Curb Your Enthusiasm.”

CV WEEKLY: I’m so glad you brought up “Curb Your Enthusiasm”! You play Larry’s oddball cousin, Andy. What’s that process like?

KIND: It’s a lot of fun, honestly. It all starts with a brilliant scenario created by Larry David, and then we improvise from there.

CV WEEKLY: How much of the show would you say is improvised?

KIND: One hundred percent. Larry is able to come up with the story and the structure, and it’s up to us to fill in the rest. But you’re always aware of what your goal is in a scene, it’s just a matter of how you get there.

CV WEEKLY: Tell us what it was like working with the Coen Brothers on “A Serious Man” (2009)? 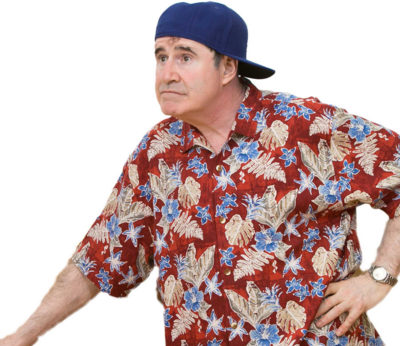 KIND: I loved that experience for so many reasons … first, it’s such an obtuse movie. They’re tremendously funny and smart. Ethan is a former philosophy major and he was so relaxed on the set, playing his banjo in between takes. They’re both really nice guys, but also unusual in the sense that they don’t follow a high concept. I would call their films “thinking man’s entertainment.”

CV WEEKLY: How do you go about choosing projects?

KIND: I don’t have a pretty face. I’m not young. I’m not a rock star. Educated people hire me because of my talent, not because of my Q-score or number of Twitter followers. Hopefully it’s because I’m right for the role… I also rarely say no.

CV Weekly: Fair enough. Tell us about “A Man and His Prostate.”

KIND: First and foremost it’s entertaining; it’s not like pulling teeth. The writer, Ed Weinberger (“The Cosby Show,” “Taxi”) is a man that I have long admired, and he’s the real star of the show. The writing is so funny and clever, which is saying a lot because it’s about prostate cancer. They say, “good luck getting laughs with cancer,” but this really does. … I’m very proud to bring this show to Palm Springs. And if anyone wants to play some golf, I’m available.”