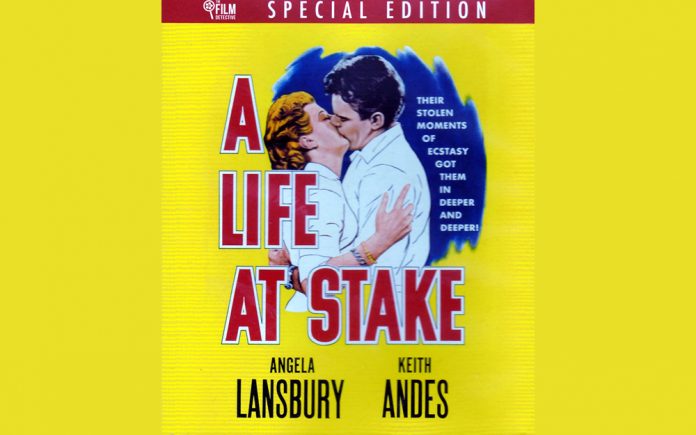 So grateful to Film Detective and other boutique distributors for rescuing this and other vintage B-Noir films from obscurity.

If you’re a noir fan and think you’ve seen everything, this is one to find. 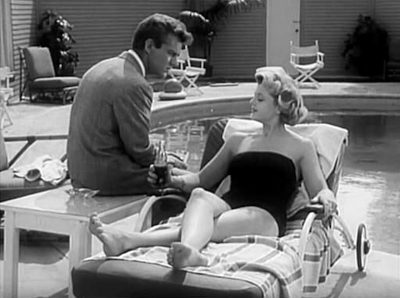 In 1954, independent producer Hank McCune came up with  story idea that put its own singular spin (or is it a sleazy knock-off?) on the terrific noir template already established ten years earlier by Double Indemnity (1944).

McCune offered Lansbury the chance to play the film’s femme fatale. Doris Hillman, who attempts to lure buff out-of-work architect Edward Shaw (Keith Andes) into a shady deal that involves him signing up for a whopping life insurance policy that will pay out to Doris and her husband Gus (a terrific Douglas Dumbrille) if anything should happen to Shaw!

Doris and Shaw inevitably fall into a crude affair, desperately making out draped half out of her car – a stunning 54 Kaiser Darrin convertible (America’s first fiber glass car) while parked in front of his boarding house. 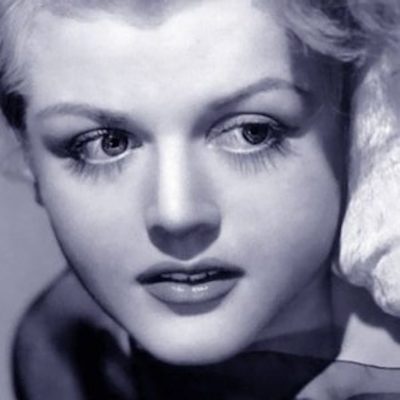 This forgotten film is not a great noir, but looks good and has it’s own twist and turns showcasing Lansbury as an actress who can carry a film.  This was a turning point in her career. The obviously low budge enterprise, helped her put groceries on the table, she said later.

Extras include a detailed commentary from film scholar Jason Ney, some of which is quoted here.   Also there’s a short documentary “Hollywood Hitchhikers…” that looks at the filmmakers.

The sharp 4K transfer is from original archived film elements.