1995 was a good year for virus movies that were predictive, prescient and borderline prophetic in many unintended ways to our current pandemic.

“Civilization crumbles when we need it most.” 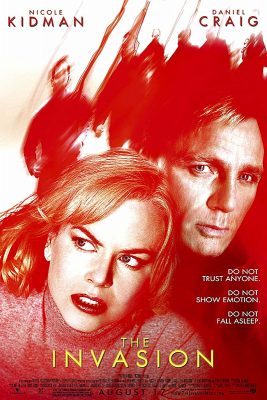 Ahead of it’s time, this alien invader movie was accurate in identifying the quickly spreading, soul stealing illness as a virus from an unknown origin after the crash of a space station.

This is the fourth reboot of Don Siegel’s 1956 cult classic, “The Invasion of the Body Snatchers” which was a not so thinly veiled metaphor about the dangers of communism and the McCarthy era’s resulting hysteria.

What works best about this version and the thing that makes it relevant, is the explanation and visualization of how viruses replicate and spread.  The scenes visualizing the virus cells in the body of the movie and again in the end credits are as accurate as anything we are seeing in the news.

Oliver Hirschbiegel’s film does not offer us any help in defeating the COVID-19 virus, but is does ask questions about the nature of mankind and civilization itself.  Nicole Kidman plays a Washington, DC psychiatrist whose young son is infected and may hold the secret of stopping this alien invasion.  Daniel Craig plays her doctor boyfriend.

“The Invasion” is not a great film, but it has slick look, a couple of brief action sequences and an unsettling relevance on several levels—especially the fear factor.  And Kidman has never looked better.  DVD.  Warner Bros. 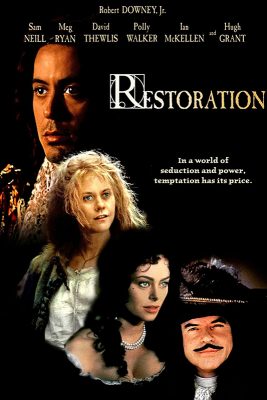 Not a virus movie per se, but the Black Plague plays a significant part of the plot that is essentially the story of one man’s (Robert Downey, Jr.) journey through the light and dark or 1660s England when Charles II was restored to the English throne ending Oliver Cromwell’s bleak puritanical rule.  It was a time scientific discovery, artistic experiment and overt sensuality.

It was also a time of natural disasters like the Bubonic Plague and Great London Fire Science was battling superstition.  It’s interesting to see the bird-beaked masks that were worn for protection learn of the inserted organic ingredients.

Michae Hoffman’s movie is most remembered for its lavish art direction and production design (not the same thing) are eye-popping and painterly from the opening scene to final fade out.  It’s hard not to think of Caravaggio (a painter of the era).  The movie won two Oscar© for Art Direction and Costume Design. 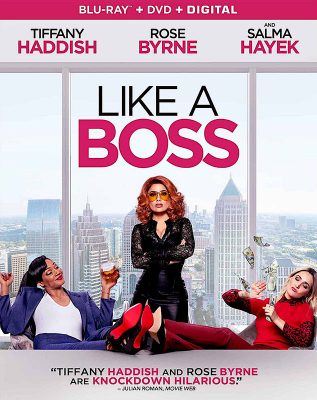 Best friends Kia and Mel (Tiffany Haddish and Rose Byrne) are living their best lives, running their town own cosmetics company until a villainous beauty mogul (Salma Hayek) conspires to steal it under them.  When her devious plan drives the besties apart, Mia and Mel learn that sticking together is the only way to turn the tables and take their company back.  The beauty business is about to get ugly in this thankfully short, lame, derivative “comedy.”  The limited extras are standard fare.  Paramount.