Catching up with friends is so different these days.  Instead of talking about clubs, restaurants or travel plans, people are sharing what films they’ve recently watched.

Thank you to my fellow film lovers at Digital Entertainment Group for sharing their research of the top 20 most titles watched on disc or digital during the last week with the exception of outside subscription-based streaming platforms and VOD.

This is what stay-at-home consumers showed the most enthusiasm for viewing.  There are some duds here like FANTASY ISLAND.  Rebooting the vintage TV show as a stand-alone horror film might have looked promising on paper, but the reality is a misfire and an embarrassment – a rare false step for the Blumhouse creative team.

Of the movies in this list, FORD V FERRARI is a standout in all departments.  And it’s a true story that goes full throttle until final fade out.  If that suggestion doesn’t work for you, spend some time with SONIC THE HEDGEHOG for an equally fast-paced thrill ride that will delight family members of all ages.

With the lock-down of most worldwide film production as well as the shuttering of almost all theaters, there’s still a plethora of available films for the enterprising film buff to access at home.  Look for older and classic films you may have missed or forgotten.  I like browsing the WB archives where for a reasonable fee, they will duplicate to order (including BD and 3D).

What are you watching/streaming?  Is there a film you are eager to see but is not yet available?  Me?  I want to see Christopher Nolan’s time travel adventure TENET.

Drop me a line: robin@coachellavalleyweekly.com 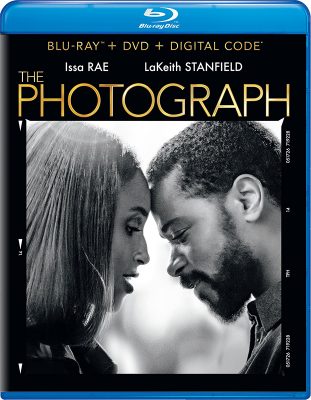 This sweet and sophisticated love story follows Mae (Issa Rae), a young woman whose mother, a famed photographer, passes away and leaves her with tons of unanswered questions.

In her journey to finding out more of her own origins, Mae stumbles upon not only a letter and photos her mom left behind, but also an unexpected and powerful romance with an up and coming journalist (Lakeith Stanfield).

Full of passion and emotion, multi-generational love story crosses decades and reminds of the enduring importance of familial love. Bonus features allow viewers to become even more connected to the film through filmmaker and cast interviews and behind-the-scenes footage.  Universal. 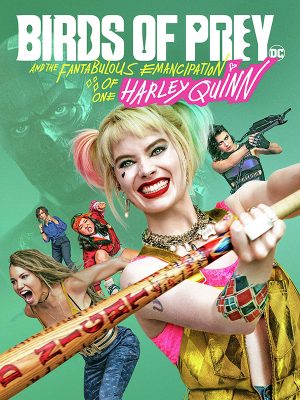 When Gotham’s most nefariously narcissistic villain, Roman Sironis (Ewan McGregor), and his zealous right=hand, Zsasz (Chris Messina), put a target on a young girl named Cass (Ella Jay Basco), the city is turned upside down looking for her.  Harley (Margot Robbie), Huntress (Mary Elizabeth Winstead), Black Canary (jurnee Smollett-Bell) and Renee Montoya (Rosie Perez)’s paths collide, and the unlikely foursome has no choice but to team up to take Roman down.  The bonus material consists of eight standard featurettes.

This profane, R-rated, cartoonish celebration of female empowerment never really takes flight.  Margot is good; the action is often sadistic, hard-core and bone crunching.  Make no mistake, this DC release is not in the same league as “Wonder Woman” or “Shazam!”  Caveat emptor.