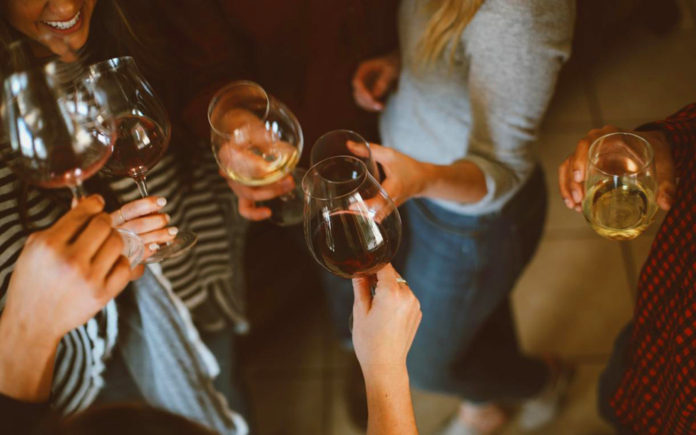 Hey!—wanna play?  That was the first line I used to introduce this wine column in the inaugural edition of the CV Weekly back in 2012.  It’s been quite a vino voyage where we’ve covered the waterfront, or wine front—if you will, discussing every which way about wine!

Well—the game is still afoot! Just like the mind is abreast.  And what’s on our wine minds is always part of the game as we add sound with uncorking of the bottle, clinking of glasses, and the ensuing fun conversation as we enjoy the fruit of the vine. So, let’s briefly look into what’s on the wine horizon and the anticipated wine talk about town:

Remember when the most expensive bottle of wine to be sold at an auction back in the 1980s —the “Thomas Jefferson Lafite Bordeaux” bottle, went for around $170,000. (The great story of that transaction is when the winning Forbes folks decided to display the bottle under a faint light whose energy still had enough to desiccate the old cork which dropped into the wine, causing it to sour quickly.)

Just four months ago, a 1945 Romanée-Conti Burgundy sold for $558,000. These crazy times will always find crazy prices, but perhaps the issue here is what the auction houses are making on the transaction. When I began to appreciate vintage wines, there was no other way to bulk-up my little wine collection than to go to an auction. But paying a fifteen to eighteen percent additional fee on top of the purchase price, takes a lot of fun and interest out of the deal.  As to auction houses, big money’s after big money; the average wine guy and gal just talk about going on eBay.  Too bad—the experience of bidding on reasonably priced wine was lively, and, one always left with a good taste in one’s mouth.

Since the Millennials are or will be the largest block of wine buyers around, the establishment still desires to have Bordeaux wine on the map.  Bordeaux is still the largest fine-wine region of France, and one of the world’s most influential; but the American kids aren’t buying that fact nor are they buying that wine.  However those in the know say this year things will start to change.

There are more than 8,000 producers in Bordeaux and the last thing they want is to lose the American clientele as Bordeaux-loving parents seem to be losing sway with their children. So, there will be more active marketing to the younger crowd with a better recognition aspect.  The California Cabs, Merlots, Cab Francs, and Malbecs, that the younger generation is drinking up—after all, began as vines in Bordeaux!  Hey! It’s the original Bordeaux red blend!

I think it’s the perfect time for this column to taste through these wines: we can taste, and then pronounce their names, and then taste—you know how we do it here.  I’ll call the distributors stat!—stay tuned.

More than anything, the entire wine game has always been affected by trends & age.  The comment that, “Today, wine competes with mezcal, sake, kombucha, and all manner of things that have acquired a similar cultural weight,” is actually more marketing & business speak. Honest drinking consumers can enjoy any beverage without competitive thoughts—cheers!

As a practicing wine steward, I am often asked about “natural wines”.  Well—unless your wine was computer generated, the wine making process is pretty much natural.  It’s almost like “cooking wine”, as when I’m especially asked to point out a cooking wine. As we know: all wine is cooking wine! (You know, I just cringe when beautiful mature ladies ask for some really cheap wine for their cherished family recipes.  I simply cannot convince them with the adage: cook with the wine you’d like to drink—it be what it be!)

But seriously, the moniker “natural wine” is out there but it may not have a real firm definition.  The French, as the French are wont to do—in a very good sense, have put out a set of guidelines which especially insist that natural wines use no added sulfur whatsoever.  But what else?  We’ve got “organic”, “bio-dynamic”, “sustainable farming” which do indeed have firm definitions here at home.  We’ve always recommended going on Ann Rabin Arnold’s Organic Wine Exchange website for clarity of terms.

I don’t know if you diners really think about this “issue”.  The concern is: what is the correct tipping scale when ordering a special i.e.,“costly” bottle of fine wine at your fancy restaurant.  Let’s say your meal costs a couple hundred bucks for two; however, the vintage bottle of wine you ordered for your very special occasion was two hundred fifty bucks.  Do you tip 20% of $450 or find some other reasoning for tipping less?

Many of you folks simply agree to tip accordingly—20% across the board. Of course, those who travel in these circles, see some crazy situations: Does a $2,000 bottle of wine deserve a tip of around $400?

But to put it that way, can sound crass.  Sommelier service is special.  Fine restaurants who provide sommelier service is a wonderful thing as we like to be pampered in a totally vino sense. Somms deserve some love!  Apart from the meal tip, some folks will tip cash to the somm for his service.  What’s your call?  Cheers!