At this time of Academy Awards, when the whole world takes note of Hollywood’s most lauded achievements in all aspects cinematic design, and craftsmanship, we are reminded that this extraordinary art form has a global audience of gargantuan proportions.

Movie matter.  At their best, they can enlighten, inform, inspire, delight and divert.  But even more than that, they can trigger awe and wonder, and arouse our passions.

Movies reflect our human condition and allow us to face our fears in a safe place.

Movies are our one great shared human experience, but they serve no worthy purpose when they denigrate or degrade our humanity.

I remember the late Roger Ebert said something like the following:  A lot of people go to the movies to feed into their pre-existing and not so noble needs, fears and desires…  If you go to good films, you will become a better person because you will understand human nature better.

Open yourself up to new things, ideas and stories.

A wise professor once told me “next to sustenance, humans crave story above all else.”  It’s through narrative that we define ourselves and out place in the cosmos.” 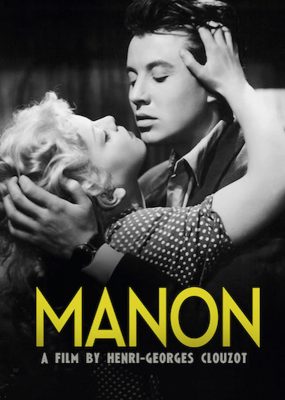 This masterful adaptation of Abbe Prevost’s 1731 novel “Manon Lescaut” marks quite a departure for Henri-Georges Clouzot, the French director widely praised for his popular thrillers The Wages of Fear and Les Diaboliques.  The novel’s classic tragic romance is transposed to a World War II setting.  Clouzot’s film follows the travails of Manon (Cecile Aubry) a village girl accused of collaborating with the Nazis who is rescued from imminent execution by a former French Resistance fighter (Michel Auclair).  The lovers move to Paris, but their relationship turns stormy as they struggle to survive, resorting to profiteering, prostitution and even murder!

Eventually escaping to Palestine, the pair attempts a treacherous desert crossing in search of the happiness that seems to forever elude them.

Clouzot’s astute portrayal of doomed young lovers caught in the disarray of post-war France wowed the jury of the 1949 Venice Film Festival, where it won the Golden Lion award.

Unjustly overshadowed ever since by the director’s highly regarded suspense films, Manon now returns to home screens in glorious black and white HD with a selection of informed and fascinating extras (including a 1970 filmed conversation with Clouzot) and a reversible sleeve box art featuring two options.  Arrow Studios/MVD visual.  Blu-ray.

SCANDALOUS: The Untold Story of the National Inquirer 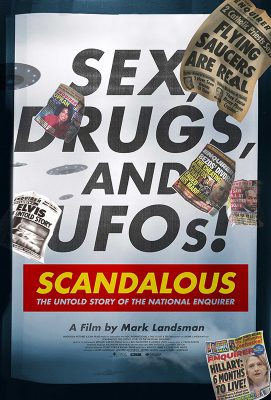 From filmmaker Mark Landsman comes the previously untold story of how one small Florida newspaper transformed into a tabloid that dominated the nation’s pop culture scene.  With beginnings possibly tied to the mob to front-page stories that featured the likes of Oprah, Elvis and Donald Trump, the documentary explores how The National Inquirer flew out of every checkout aisle in America.

Featuring terrific archival footage and revealing interviews from former employees, the film chronicles every tantalizing detail of the paper’s history as it became both a paper of merit as well as a shocking gossip rag.  Over the course of its legacy, the tabloid rose to the summit of American print media with its bizarre and genuinely shocking photos, including pictures from Elvis’ funeral and O.J. Simpson’s murder trial and crime scene.  The startling documentary forces the audience to elevate the modern 24-hour news cycle and the nation’s obsession with celebrities and scandals, while showcasing how the tabloid, above all else, became synonymous with American pop culture.

Once you begin watching this engaging up-to-date film, it will be difficult to look away – until it’s over.  Magnolia.  DVD. 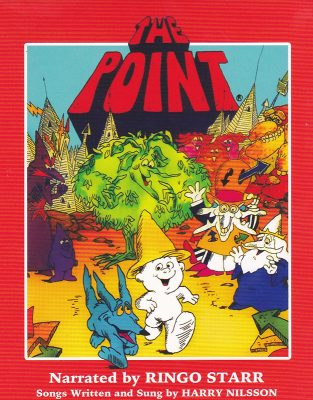 Directed and animated by Academy Award® Winner Fred Wolf with story and songs written by Grammy® Winner Harry Nilsson and narration by Sir Ringo Starr. THE POINT is a timeless and enchanting fable for the whole family.

Years ago, there was a place called The Land of the Point, because everything in The Land of the Point literally had one – the barns, the houses, the cars, everything – even the people.  Everyone that is, except Oblio, who was born round-headed.  Since he had no point, Oblio – along with his trusty dog Arrow – was banished to the Pointless Forest.  Join them to see what wonders await these two intrepid travelers as they make their way on an amazing song-filled journey of discovery. Generous bonus material including a four-part making of featurette (“Who is Harry Nilsson,” “Pitching The Point” and “Legacy of The Point.”) MVD Rewind Collection.  Blu-ray.

A BEAUTIFUL DAY IN THE NEIGHBORHOOD 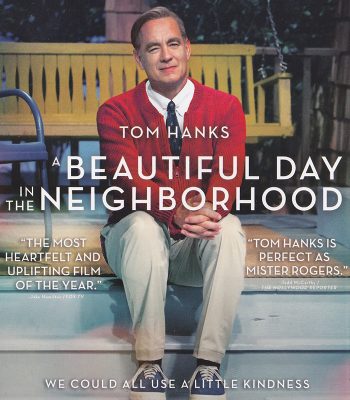 Slip into your comfiest cardigan and spend some quality time with Tom Hanks as he takes on the role of a lifetime as childhood icon and broadcast legend Fred Rogers in this hugely praised and timely story of kindness triumphing over cynicism.

Marielle Heller’s heartwarming and inspiring film is based on the real-life friendship between Rogers and journalist Tom Junod.  After a jaded magazine writer (Matthew Rhys) is assigned to profile Rogers, he overcomes his skepticism, learning about kindness, compassion and forgiveness from America’s most beloved neighbor.  This genuinely uplifting film is a perfect fit for our troubled, mean-spirited times and a perfect example of why movies matter.  Generous extras include a fascinating filmmaker’s commentary.  Sony.  4K UHD. 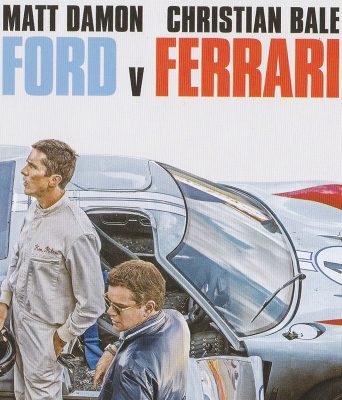 James Mangold’s thrilling true account of Ford Motor Company’s attempt to create the world’s fasted production car with the help of auto designer Carroll Shelby (Matt Damon) and ace British driver Ken Miles (Christian Bale) who together battle corporate interference and the immutable laws of physics to take on Enzo Ferrari and his iconic race car at the 24 Hours of Le Mans in 1966 France.

This immensely satisfying and surprisingly poignant film is among the best of the years.  Don’t miss it.  Over an hour of extras include an 8-Part Making-Of Documentary and a look at the remarkable true story.  Recommended.