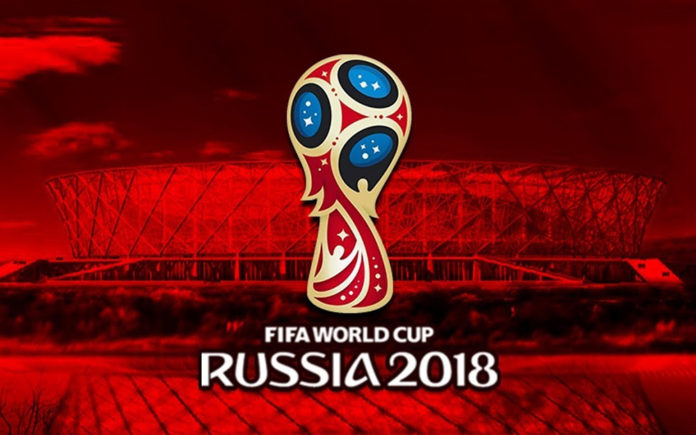 The FIFA World Cup gets underway in just over a week’s time and odds are being placed over who will win the golden trophy in Russia. The second largest sporting event in the world behind the Summer Olympics kicks start on June 14 as host nation Russia is up against Saudi Arabia.

But who have the bookies predicted will be the overall winner?

There are as many ‘Guesses’ as there are teams. Since this event only comes around every four years – I needed a little help. Accuscore is a tool used by bettors and goes by all kinds of names (NumberFire, Datafox, CBS’S Sportsline). Basically it’s a computerized simulation that plays an event any number of programmed times. The Super Bowl is ‘played’ 100,000 times to create a simulated winner that bettors can then formulate an idea based on these projected results. Its done a lot for March Madness and even betting consultants sell the information on smaller or individual games to help bettors try and get an idea on a particular matchup simulated result. Right or wrong, when it comes to Soccer, I need all the help I can get! So here goes.

Brazil and Germany are the two favorites to claim the World Cup trophy in Russia at odds of 9/2.

The two countries played in the semi-finals of the 2014 World Cup, with Germany beating the host nation 7-1. With France and Spain being next in line as biggest favorites to win the World Cup. The next tier of challengers includes Argentina, Belgium and England.

AccuScore simulations have hit their target remarkably well in the past, and there are once again lots of ideas and personal predictions with the current markets. So let’s bring in the computer, with AccuScore’s simulation engine, we are able to determine each team’s probability for winning its group, qualifying for the knockout stage and, of course, winning the World Cup.

The group stage offers no big upsets according to AccuScore’s simulations – all the big boys will survive their groups and head to the Round of 16. The greatest probability to qualify, however, belongs to Uruguay with 96-percent likelihood. The favorites Germany and Brazil follow suit, with a bit more than a 95-percent probability to take the top-2 seeding in their group.

Argentina, France, Belgium and Spain are hovering around the 90-percent probability marker. Portugal, England, Columbia and Poland need to sweat at least a little bit, with probabilities around 75 percent. But that’s still a percentage one can lay a few sheckles on with some confidence.

According to simulations, the first playoff stage won’t yield any surprises. There are a couple teams that are likely to lose to whoever they’re pitted against. Namely Russia, Denmark and Croatia. All three are expected to lose their round of 16 game with more than 70 percent probability.

When only the top four remain, the games get tougher and tougher. Uruguay’s beast of a run finally comes to an end against their neighbors Argentina, while Brazil will beat Germany to make it to the final. Both the semifinal games are extremely close and we’re likely to see at least some overtime finishes.

In the all South American final, it is Argentina against Brazil. AccuScore simulations are undecided with the winner, since even after 10,000 simulations the probabilities hover at 50 percent for both teams.

Therefore, with Brazil and Argentina being a flip of the coin result; Argentina will win the 2018 World Cup. Why is this a guaranteed lock? Hard data, I flipped a coin :). This event is amazing, beautiful to watch and deserves the limelight. So congratulation Argentina! Enjoy the festivities and G’Luck!