In the last month, there has been a measurable and considerable increase in local marijuana and alcohol sales that coincide with the huge online bump of the streaming and bingeing of older and in some cases truly classic films.  The purchase of physical discs and VOD files have also seen a significant spike.  Although movie studios rarely if ever release financial numbers for home video sales of most current/recent films.

We are hungry for entertaining diversions whether comedy or drama, and we are conditioned to not watch movies alone. It’s the sharing we most crave because it gives us an opportunity to connect our opinions and personal experiences that the movie triggers with others.  Movies, mostly American made, are the pond from which the entire planet drinks.

The historic first quarter, in which digital transactional home entertainment saw its biggest month ever, driven by stay-at-home orders keeping people in during the COVID-19 pandemic (access DEG: The Digital Entertainment Group’s full Q1 report here), home entertainment continues its rapid pace. Peppered with titles new to the chart for May, the ‘Watched at Home Top 20’ list once again has all of the information you need to stay up to date on the latest and greatest releases!

The ‘Watched at Home Top 20’ list is compiled with the most popular titles consumed on disc and digital during the previous week (except for outside subscription-based streaming platforms). Compiled each week with the most up to date studio and retailer data, it showcases current consumer enthusiasm for home viewing of the newest movie releases.  It’s also a picture of where our collective minds are gathered.  Do we most want drama or comedy?  Or is it relevant and meaningful stories that mosyt connect with us during our down time? 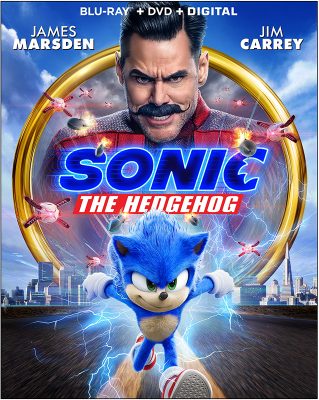 Get ready for epic fun and super sonic action when everyone’s favorite hedgehog races home in the blockbuster hit debuting early for purchase.

The film is now available on 4K, Blu-ray, DVD and rental on demand or disc.

Powered with incredible speed, Sonic The Hedgehog (voiced by Ben Schwartz, aka The Blue Blur, embraces his new home on earth.  That is, until he accidentally knocks out the power grid and sparks attention of super-uncool evil genius Dr. Robotnik (Jim Carrey).  Now it’s super villain vs. super sonic in an all-out race across the globe to stop Robotnik from using his unique powers for world domination.  Sonic teams up with the Donut Lord, aka Sheriff Tom Wachoowski (James Marsden), to save the planet in this action-packed hit that’s sure-fire fun for the whole family.

Bonus features on the 4K and Blu-ray included: Commentary by director Jeff Fowler and the voice of Sonic Ben Schwartz, Around the World in 80 Seconds (see Sonic’s next adventure), Deleted Scenes, Bloopers, and much more.  Paramount Home Entertainment. 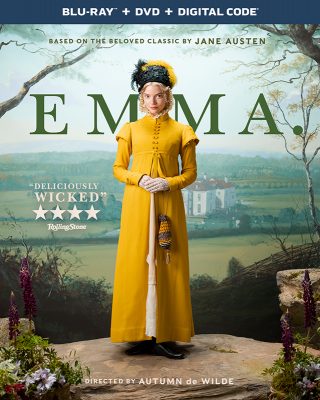 But the thing that makes this satisfying film so delightful and seductive, is the glorious sexual tension and the cat-and-mouse match making.   Highest recommendation. 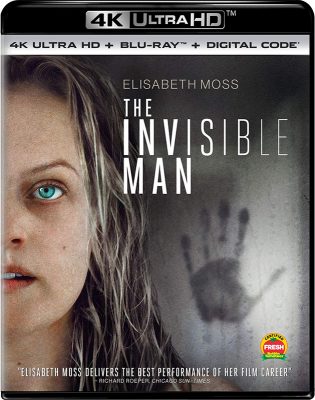 Elizabeth Moss is outstanding playing Cecelia, a young woman trapped in a controlling relationship with a rich tech genius.  She escapes in the dead of night and disappears into hiding and then gets news that her abusive ex has died.  But she has reason to believe the death was a hoax.  Cecelia’s sanity is challenged when she desperately attempts to prove she is being hunted, menaced and assaulted by someone nobody can see.

Universal finally created a worthy reboot of the classic monsters in writer-director Leigh Whannell’s gripping thriller.  It almost makes up for the dreadful Tom Cruise starrer “The Mummy.”  Universal.