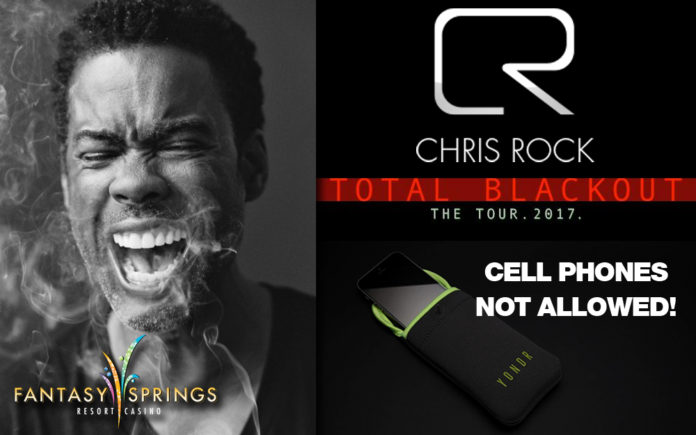 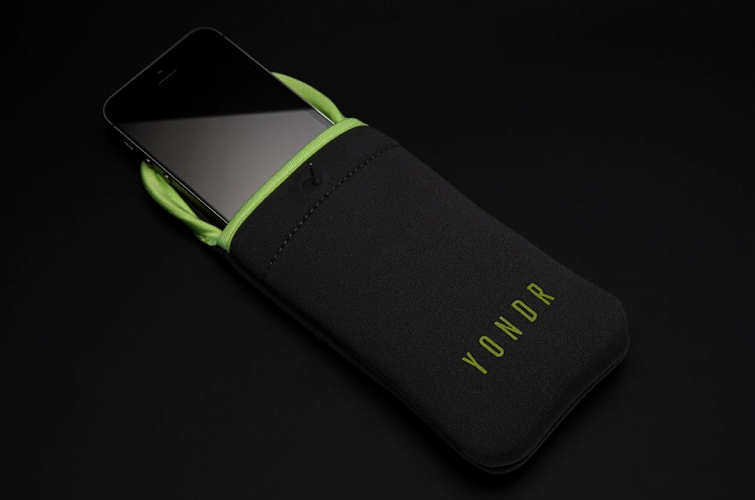 Each ticketholder who brings a cell phone into the arena must slip it into a Yondr Pouch, which is a neoprene bag with a magnetic seal, and carry the phone into the arena that way. Audience members will hold onto their phones throughout the performance, and they may still hear the phones ring or feel them vibrate. But they won’t be able to unlock the bags to access the phones during the show. At the end of Rock’s show, fans can retrieve their cell phones by visiting an unlocking station in the lobby and returning the pouch. If they want to use their phones during the performance, they can leave the arena and head for the lobby as well.

Using Yondr pouches is the comedian’s way of eliminating electronic distractions such as calls, texts and cell phones held aloft throughout the crowd. Fantasy Springs’ staff will be on hand to help audience members with the pouches as they enter and exit the theater and anyone who has an “unpouched” cell phone during the show will be asked to leave the building.

Chris Rock’s concert promoter will supply the Yondr pouches and there will be no fee to use them. Of course, audience members can leave cell phones behind, at home or in their cars if they don’t want to use the pouches. All venues on Rock’s “Total Blackout” tour are required to use the Yondr pouches. The comedian is taking his cues from fellow entertainers such as Dave Chappelle, Louis C.K., Alicia Keys and Hannibal Buress, all of whom have made the pouches mandatory at their shows.