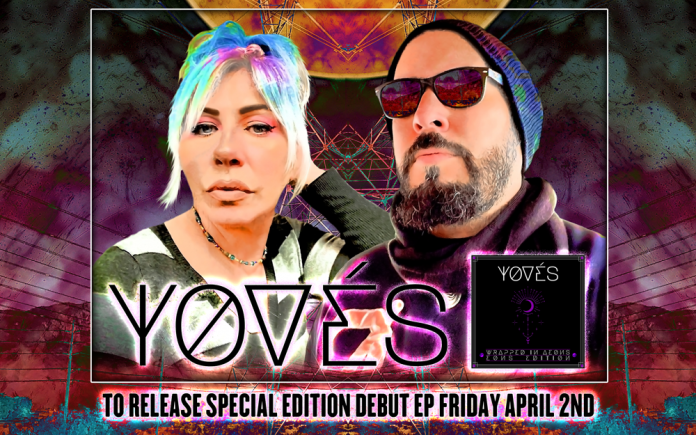 You can pre-order the physical copy on Bandcamp NOW (Click Here To Pre-order)! Wrapped In Aeons (Eons Edition) EP Digipak + Digital Download includes the original four songs that will appear on the standard EP release plus seven additional tracks, including a live performance track of a Perishment cover, two remixes and instrumental mixes of all four original tracks. Limited to 100 copies.

To celebrate the release, Yovés will be hosting a CD Release/Listening Party on Friday, April 2nd at Coachella Valley Brewing Co. The band will be screening a full EP visual/lyrics video and will be performing a small acoustic set following the screening. The event will also feature live performances by Courtney Chambers and the debut of Slow The Goat (Throw The Goat acoustic)!

Coachella Valley Weekly first got a ‘sneak peek’ at Yovés in September of 2020 in the midst of the pandemic and we loved the sound! Our patience has now finally paid off! Wrapped in Aeons is here! We reconnected with Taffolla and Sugarbritches to learn more about their homecoming.

CVW: If your sigh of relief in completing this piece of art called Wrapped In Aeons could be put into words, what would those words be? 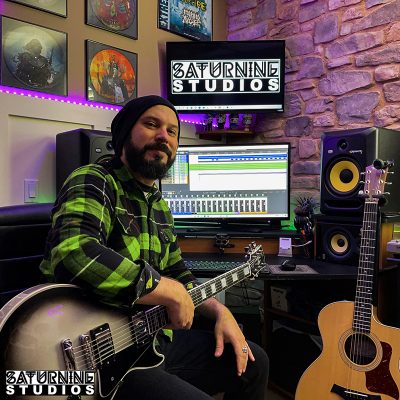 TAFFOLLA: “Well, to complete anything that was birthed from the beast known as ‘2020’ does provide quite the sigh of relief!”

SUGARBRITCHES: “To me, a sigh of relief is like, ‘Oh, thank God that’s done!’ and I don’t really feel that way about this project. I don’t want it to end, even with all the constraints and craziness we had to go through to get it done, we had a genuine, good time doing it.”

CVW: 2020 saw challenges across the board. I imagine recording an EP during a global pandemic might pose a few challenges?

TAFFOLLA: “It certainly did. ‘Zoom’ing was not going to work for us, so utilizing the interwebs and sending files back and forth was crucial. It helped with the pre-production, but naturally there’s no replacing in-person jamming. This EP was created in the height of the pandemic, so the few sessions we could do in-person had to be spread between weeks and sometimes months. Not to mention the day-to-day responsibilities, kids at home ‘Zoom’ing and what-not, but I truly have no reason to complain, I was able to work from home, as was my wife, and having a home studio really helped me mentally get through this. I feel extremely fortunate and hey, we still completed the EP!” 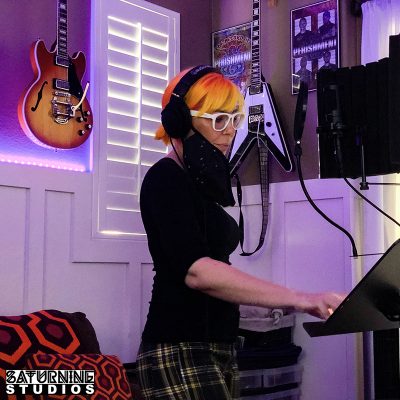 SUGARBRITCHES: “It was difficult at times, but Bobby is pretty damn good at production and made everything accessible to me on the interwebs so even when we couldn’t get together in-person we were constantly working on things apart. Making this EP the past year was really my saving grace for getting through this pandemic.”

CVW: Was Wrapped In Aeons created as an EP in mind? Did you ever consider recording a full-length album?

TAFFOLLA: “Yes! Originally, we totally wanted to do at least an 8-track album. In fact, I sent Chelsea eight guitar demos in 2019 of songs I had written for a full-length, four of which ended up being Wrapped In Aeons.  Once March 2020 hit, we knew we had to take the path of least resistance, and that was an EP.”

SUGARBRITCHES: “Yeah, there’s a lot more to come we just decided to make a solid EP and then go from there.” 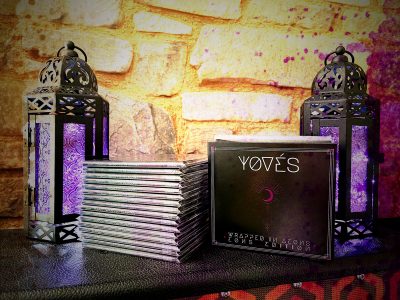 CVW: Why was it important to create a physical “special edition” CD version of the Wrapped In Aeons?

TAFFOLLA: “It was really Chelsea’s idea. As much as I love the physical media, I was kinda ready to throw in the towel to streaming only. She mentioned that if we do the physical edition, we should give more bang for the buck; extra tracks and six panels with lyrics! A CD is gonna cost the same amount to manufacture regardless of the number of songs, so let’s give people the best value.”

SUGARBRITCHES: “I’m old school I guess and I just love having a physical copy and I feel like a lot of people out there still appreciate that too. I love having a full-spectrum vibe with music and that includes visual art and lyrics!”

CVW: Of the four songs on Wrapped In Aeons, which track means the most to you and why?

TAFFOLLA: “I definitely have to go with the title track, Wrapped In Aeons. To me, it is the climax of the EP. When I sent Chelsea this damn near 7-minute track I really didn’t know how she would take to it, especially since the demo version had my whack-ass drumming and cringy vocals, ha-ha! But I think she saw the potential and took it a level beyond what I could have hoped for. It is a very proud moment for me.”

SUGARBRITCHES: “Honestly, when Bobby sent me Aeons I was speechless. I knew it was a special song right from the get go. It is definitely my favorite as well.”

CVW: Bobby, your PERISHMENT bandmates Aaron Ramson and Tommy Winters help round out the full band on bass and drums for the EP, did you both have them in mind? 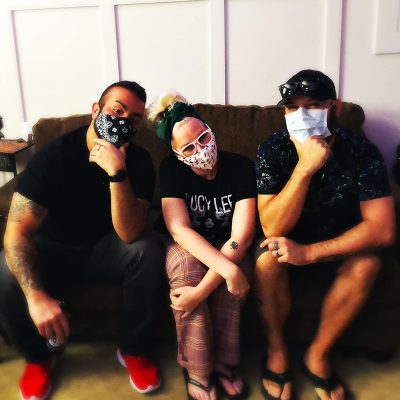 TAFFOLLA: “We did! Once the pandemic hit, we knew trying to get musicians together to jam and learn these songs would be a challenge. Aaron and Tommy have shared the stage with Chelsea and I multiple times over the years, they understand my songwriting, and have recorded in my studio, so it was a no-brainer. We had total trust they would deliver, and they did! They are world-class players and both knocked out their sessions in one afternoon.”

CVW: Any final thoughts for your fan base?

TAFFOLLA: “Although this past year has been less than ideal to create any art that requires collaboration, I do truly feel lucky. I feel like Wrapped In Aeons is a snapshot of our lives at a crazy time. Our handful of sessions in creating this EP were beyond therapeutic for the both of us. I feel grateful. I am grateful to Chelsea for her friendship and trust. We look forward to what 2021 has in store; most definitely another release later this year! Yovés is a DIY duo that play songs in the key of 805 and Jameson!”

SUGARBRITCHES: “It’s pronounced ‘YO-veS’ haha! It’s amazing to be able to work on a project with someone who just gets you and we’re, pretty much, always on the same page about everything. That makes everything easier and fun…even in a pandemic! Bobby is my brother from another mother and I appreciate our friendship and our music and big ups to our spouses for putting up with us!” 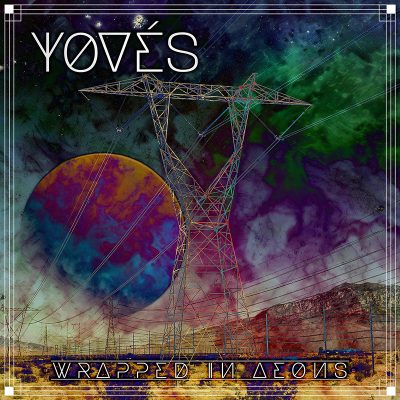 Engineered and mixed by Bobby Taffolla

Drums on three of the tracks are by Tommy Winters (Perishment) Artwork, design and layouts by Bobby Taffolla.