May in the desert marks a time when many start planning trips outside the area for escape during our hottest months. In determining what to do or where to go, we looked at Zagat’s survey of 224,000 diners in compiling their list of America’s Top 20 Restaurants.

Sushi Ota grabbed the top spot in San Diego. With an average price of $49 per person, its food ranked at the top despite a mediocre location and sometime rushed service.

Up the 405 in the Studio City area of Los Angeles, another Japanese restaurant grabbed the top spot – Asanebo. While housed in a ‘dumpy’ strip mall, both food and service are superior with an average price of $91 per person.

In San Francisco, a city known for great restaurants, Gary Danko ranked at the best. Their New American prix fixe menu will set you back $111 but the restaurant itself has no pretentiousness and will present you with an ‘ideal’ dining experience.

The least expensive restaurant on the list at $20pp was Cochon Butcher in New Orleans. “A must if you dig the pig,” this Cajun restaurant is a favorite of locals due to their ‘daring’ and ‘decadent’ uses of house-cured meats. Other under $60pp restaurants include Uchi in Austin, Neptune Oyster in Boston, Saint-Emilion in Dallas, Carlos’ Bistro in Denver, Etch in Nashville, Chez Vatel in San Antonio, Nishino in Seattle and Rasika in DC.

The most expensive restaurant on the list was in Las Vegas at Joel Robuchon at the MGM Grand. This New French cuisine has been described as “close to heaven”. At a price of $227 per person, don’t faint when the bill comes.

Rounding out the top 20 are Bacchanalla in Atlanta, Katsu in Chicago, Da Marco in Houston, NAOE in Miami, Le Bernardin in NYC, Fountain in Philly and The Painted Lady in Portand, OR. 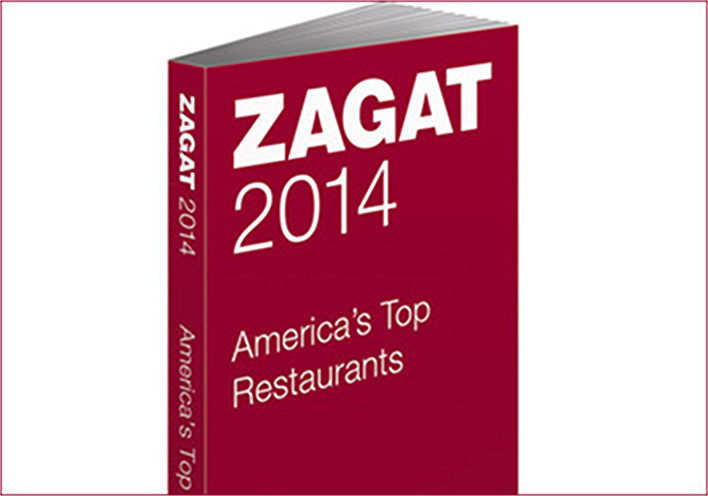