Since I last wrote about the Zika Virus in February 2016, there have been laboratory confirmed cases of the virus in 48 states. As of August 24, 2016, Zika has not been confirmed in Alaska and Wyoming. Florida is the only state where local mosquitoes have transmitted the virus, otherwise the infections in the other 47 states were travel associated (infected while traveling outside the United States or through sexual contact with an infected traveler). As of August 26, 2016, the total number of California residents infected with Zika is 189. The infected cases have all been travel associated, not one has been locally acquired. As of August 4, 2016, there have been two cases of Zika related birth defects California.

What is the Zika Virus?
Zika virus is a type of virus similar yellow fever, West Nile, dengue and Japanese encephalitis viruses. People are infected by a mosquito bite, specifically from an Aedes species mosquito. The virus is mostly in South and Central America, but the Aedes species mosquito has now been found in parts of California. Mosquitoes that bite an infected person can spread it when it bites another victim. The virus has been found in urine and saliva of infected people, but there hasn’t been proof that it can spread when in contact with those fluids. Although rare, the virus can be sexually transmitted.

What are the symptoms?
Not everyone that gets bit by an infected mosquito will develop symptoms. It typically takes three to 12 days for symptoms to develop after a mosquito bite. About 20% of those infected may progress to symptoms such as fever, rash, joint pain or conjunctivitis (pink eye), muscle aches and headache. The symptoms may last a few days to a week. Most people don’t require any hospitalization and death is very rare.

So if most people don’t get sick from it and it is rarely fatal, why are we so worried about it?
The World Health Organization declared the Zika virus a global health emergency because it is linked to serious birth defects, specifically microcephaly (babies born with small heads and partial brain development). It is suspected that babies born with microcephaly in Brazil came from mothers infected with the Zika virus. There is no treatment for microcephaly. Some children with microcephaly can develop normal intelligence, but for others with the birth defect, it may cause developmental disabilities, difficulties with balance, speech problems, seizures and possibly death. Several countries that have experienced Zika outbreaks recently have reported increases in people who have Guillain-Barré syndrome (GBS). Guillain-Barré syndrome (GBS) is an uncommon sickness of the nervous system in which a person’s own immune system damages the nerve cells, causing muscle weakness, and sometimes, paralysis. Currently the Center for Disease Control suggests that GBS is strongly associated with Zika; however, only a small proportion of people with recent Zika virus infection get GBS. There has been a reported case of an infected Honduran individual who travelled to Venezuela and developed an acute sensory polyneuropathy during the active phase of his Zika infection. The polyneuropathy can present as numbness, tingling in the feet and hands, sharp, burning pain or extreme sensitivity to touch.

How is Zika treated?
Presently there is no vaccine or medicine for the virus. Treatment is directed toward the symptoms of the infection. An infected person should rest, drink plenty of fluids and take over the counter medicine like acetaminophen for pain and fever.

How is Zika diagnosed?
The symptoms are very similar to other viral illnesses. Diagnosis of Zika is based on a person’s recent travel history, symptoms, and test results. A blood or urine test can confirm a Zika infection. 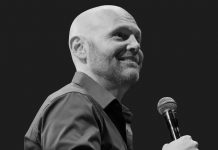 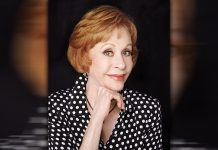