With no firm date set for the re-opening of indoor movie venues, luckily, we have an abundance of classic films newly available on 4K Ultra Hi-Def that can be enjoyed in their originally intended quality on your state-of-the-art big-screen TV.

Universally recognized as the mast of Suspense, the legendary Alfred Hitchcock directed some of cinema’s most thrilling and unforgettable classics. 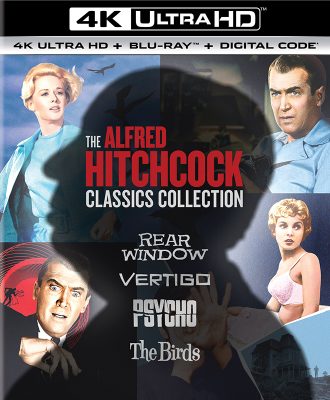 This collection with the collectible Discbook packaging included hours of bonus features such as documentaries, knowledgeable commentaries, interviews, screen tests and much more.  For die-hard film buffs who cannot get enough about how these great films were created, the extras alone are worth the price of the 4K/Blu-ray Combo pack. 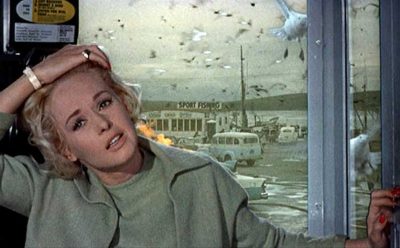 ‘The Making of Psycho,’ ‘Psycho Sound,’ ‘In The Master’s Shadow: Hitchcock’s Legacy,’ ‘Hitchcock/Truffaut – “In 1962 filmmaker Francois Truffaut, aided by his translator and associate Helen G. Scott, spent numerous hours interviewing Alfred Hitchcock for his acclaimed book and international bestseller, “Hitchcock”.  The audio recording of those interviews provides the soundtrack to this montage of film clips and stills, giving audiences a deeper insight into one of Alfred Hitchcock’s masterpieces.  “Newsreel Footage: The Release of Psycho. “The Shower Scene: With and Without Music, “The Shower Sequence; Storyboards by Saul Bass,” The Psycho Archives,” Posters and Psycho Ads “Lobby Cards,” “Behind-the-Scenes Photos,” “Production Photos,” Psycho Theatrical Trailers” and a fantastic feature commentary with Stephen Rebello, author of “Alfred Hitchcock and The Making of Psycho.” 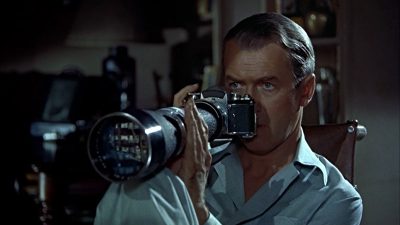 The three additional films in the set all have equally generous and watchable bonus features.  This is one for the home digital library.  Recommended.

We live in perilous times.  Just imagine it without movies!