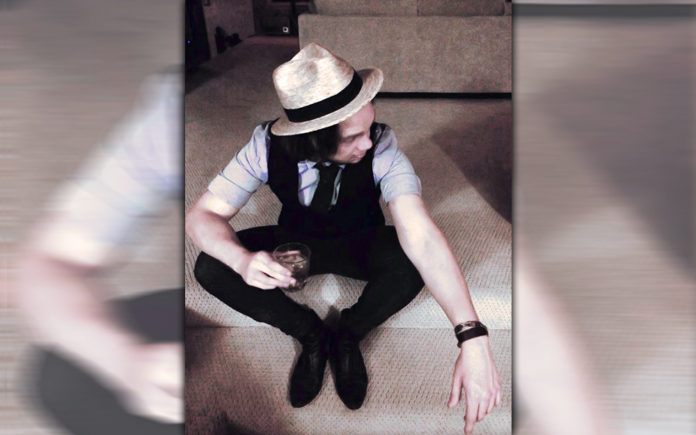 Derek Jordan Gregg is a true desert troubadour; a working musician that bears his soul in every song he sings regardless of whether it’s one of his prolific originals or a cover that he delivers impeccably. I first witnessed the brilliance of Derek back in 2012 when I judged him at a Competition at the now defunct Stadium House sponsored by Mix 100.5. I knew that night that this kid would go on to have an amazing career and bring us songs that would be etched in our hearts. He has done just that. I asked Derek to answer a few questions for us about where he is currently with his music career.

CVW: You have a busy performance schedule lined up. You’ve also been doing some shows over at Venus. Tell me about that?

Derek Jordan Gregg: “I love Venus de Fido, I love the team there and I’m happy to be a part of it. It’s a one of a kind venue that I really think we can turn into the local clubhouse if we get support from all of our friends and fans. It’s one of the best places to catch me. I have high hopes for this location.”

CVW: Can you give me a list of your CDs released and the dates?

DJG: “Well my band The Hive Minds first album which was self-titled came out on December 10th… oddly enough that’s when we’re having this interview. And our most recent EP Really Don’t Mind The Waiting (that Ronnie King produced, which won best album that year) came out June 10th… exactly six 6 months apart. Weird.”

DJG: “Yesssss! I’m working on my debut solo EP with Nathan Na’Cal (formerly of Eevaan Tre and The Show) and I’m absolutely thrilled. It’s so much different than The Hive Minds’ records. It’s so personal, and lyrically driven. The most honest thing I’ll have out to date by a long shot. The entire album is a look into the dark coping mechanism of man, mainly of this man haha. All of my best work is on this EP.”

CVW: You are a true working musician meaning you don’t do a “day job”. How long have you been able to support yourself as a musician?

DJG: “I think it’s been roughly 6 years since I quit my job in Oregon and left the farm to pursue a career in music out here in The Coachella Valley. I was born this way… I’ve known I was going to be a writer and an entertainer long before I picked up a guitar or a pen. It’s all I’ve ever dreamed about… it’s never been a question… if you have to ask yourself if you’re an artist than you’re not really an artist… you live and breathe art, and the amount of money you make (or lack thereof) from it and the opinions of your peers can never add to or take away from that fact. It’s who I am. It’s who I’ve always been.”

DJG: “I feel blessed every time I get to take the stage… but some of my favorites are shows like The La Quinta Brewery, The Hood, Red Barn… where all my friends are there singing my original songs with me… or The Heroes in Recovery gigs with The Hive Minds in Malibu and San Diego… while we’re there playing for people who are trying to put their lives back together. We did a Ted Talks awhile back… that was pretty incredible. Playing BB’s Halloween party this year was pretty happening. I’ve been lucky enough to share my music with amazing people in some really beautiful settings. I’m very fortunate.

DJG: “I’d say I have a few different processes. My greatest songs feel like they write themselves. I wrote ‘Firewater’ in 5 minutes. I remember it, vividly… I jotted down ‘I’ve got a brand new twenty dollar bill and an aching in my heart, so I’m off to grab some firewater from the local liquor store to tear myself apart.’ And the rest just poured out of me. There are other songs that take a lot more time and effort… but the best songs feel like they use me as a median, I try to be completely transparent though when I write. I believe a writer needs to be naked, embarrassed, and terrified in every song. You should be just about brought to tears when you’re writing lyrics… recalling what you’ve endured. Therein lies the catharsis.”

DJG: “Tracy!! That’s like picking a favorite child. Haha… most of the best songs I’ve written… the ones that cut the deepest, will be on this new EP. A new version of ‘Firewater,’ ‘Colloquial Phrases,’ ‘Home…’ ‘Sweet Hennessy, The Devil, and Me,’ and, ‘Madonna.’ All very powerful songs that I am so proud of. I can’t wait for your thoughts on this record.” 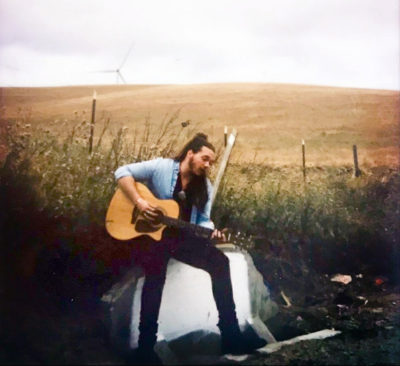 DJG: “I think my favorite song changes depending on how the people in the audience connect with it, or the friends in my bedroom relating to it. My music is generally a look into the human condition using myself as a control. When I see that somebody connects with what I’m saying… I am supercharged. There’s nothing like that give and take.”

DJG: “Jeeze… I’m not a business man. Success to me is going to wonderful places and singing my songs to an audience who knows the words; that and making a positive impact. The Japanese have a term… Ikigai… or a reason for being. I have my ikigai… what more could I ask for. I try not to be too greedy… but a few more hundred thousand people knowing my words wouldn’t hurt.”

DJG: “Musically I’d say Bob Dylan, Elton John, John Mayer, and Mac Demarco. Spiritually, Frida Kahlo and Joao Gilberto (for truly and unapologetically living and dying as artists. Their stories are amazing) but I get the most inspiration out of my own life, every person I’ve met, every sip of bourbon, every broken heart, every lost friend, every storm. Life!”

DJG: “Well I never stop listening to Led Zeppelin, I’m rediscovering Joao Gilberto and Antonio Carlos Jobim. But that’s nothing new, either… Vampire Weekend, The Growlers, Nas, Tame Impala. King Krule… Oh! I’m really digging Anderson Paaks new record. I love how he mixes RnB and Hip Hop. He’s a talented drummer as well. His tiny desk concert on NPR is what really got me into him. Knower is great too.”

DJG: “Hmm I haven’t really worked with anybody. I’ve never so much as collaborated on a song… I’m hoping to change that this upcoming year. I’d love to do some stuff with The Yip Yops, Plastic Ruby, The Flusters, Braun Frauline, Black Water Gospel, and Brightener. Anybody locally really… all of the valleys artists need to come together… camaraderie builds a scene… and a well-established scene is what draws attention. We could be the next Seattle if we all supported each other.”

DJG: “I would love to open for Paul McCartney if we ever do another Desert Trip.”

DJG: “That’s hard to say, the first person who comes to mind is Mac Demarco. He records everything himself using reel to reel… does the production himself… gets exactly the tone and vibe that he wants to, answers to nobody, and is very successful doing so. However not so successful as to take all of the struggle out of his life. Struggle writes the songs. Embrace the struggle! Haha”

CVW: What is the current status of Hive Minds?

DJG: “Unofficial hiatus I suppose. Sean and Sam are doing a lot of stuff with Avenida. I’m working on my solo record and perfecting my loop show. Sam just got married! We’re great though, when we get together it’s magical. I love my band. Wish we could find another guitarist/keyboard player though.”

CVW: Do you prefer playing with a band or performing solo?

DJG: “I’d always rather play with a band. The loop show is fun because I get control over every track, and I’m not very controlling as a band leader (stifles creativity) but there is nothing like playing in a talented group. I may put together a band for my solo project.”

CVW: Who would be your top 3 headliner picks for next year’s Coachella?

DJG: “I’m working on possibly hosting an open mic for singer songwriters the second and third Tuesday’s in January on the 9th & 16th at The Palm Canyon Roadhouse and I’ll be back at The Village Pub in February for Sunday Funday’s. Definitely more dates TBD for next year as January-May is always a really killer time for local musicians.”