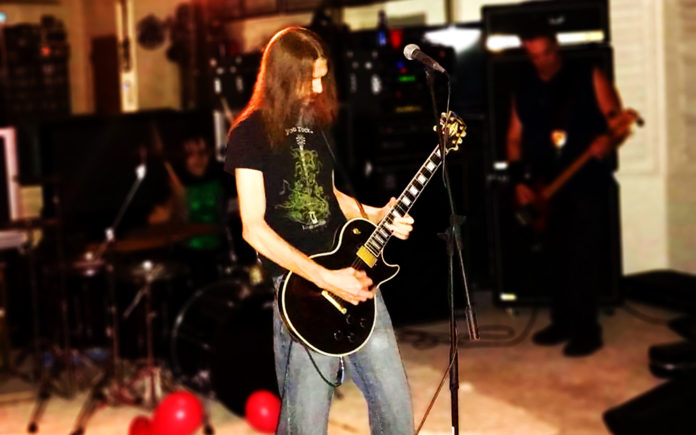 Randy Caserta has been playing music in the Coachella Valley for over 20 years both as a solo singer songwriter as well as with the band Barflys. Caserta has a beautiful voice and master guitar skills. It’s not easy to stay relevant that many years as well as being highly respected by his musical peers but Caserta has done just that. In support of a couple of his upcoming shows I asked him to answer a few questions for us.

Randy Caserta: “Yes, although it’s been very difficult as around the time I started recording the latest single, life dealt me some of the worst things that can happen to someone. For me it was losing my Mom after already going through very tough pills to swallow. And then family estrangement since she passed away and over two years later, a text here or there. We didn’t see each other that often anyway. But for it to be that way is inexcusable. And up until now, no one knew anything other than my Mom passing. That’s the thing about us Italians, we can keep a secret. LOL!”

CVW: Tell us about the acoustic duo show you have coming up at Desert Fox?

Caserta: “Well, a while back I started doing solo gigs, and some of the tunes are different than Barflys.  One of those being at 19th Hole on Sundays, which will be starting back up around third week of January and go through summer. Tack Room Wednesdays beginning the 9th of January, which will be Rob (Pickett) and myself and also Desert Fox again this Friday as a duo show and others soon.”

CVW: How is it different for you doing solo, duo gigs compared to playing in the Barflys as a band?

Caserta: “I really enjoy it. As much as I enjoy rockin’ out on guitar I really enjoy singing and get props from people all the time at shows saying I have a great voice.  And they’re not stumbling up to me when saying it. LOL!”

CVW: You’ve been doing this in the desert now for over 20 years. What do you think has kept you relevant for so long?

Caserta: “Well, I think it’s largely because of the fact that when we started no one was or could do justice the songs we were doing. You have to really know you’re stuff to play and pull off some of the tunes we do. Some the newer cover bands that have come up in the past 5 years or so introduce themselves and then tell me they’re going to start incorporating our songs in their set and have. We hear about it all the time. But again we were the first to start playing Ozzy, Foo Fighters, Godsmack and others in various venues here and have always held the crowd and always end up playing 2 or 3 encores before they let us leave. LOL!”

CVW: How has the desert music scene changed over the years?

Caserta: “It has changed for the better. There are some very talented artists and players that weren’t around then. But I’d say in the last 5 years or so there’s some out there who are good and have their own sound which is an absolute must. If you don’t have this going for you along with really strong tunes you’re not going to last long.”

Caserta: “Hmmmmm, I’d say although not that recent we had Candlebox at a show and ended up playing Far Behind some Ozzy and other stuff. Cool guys lots of fun. And both Kevin and Brian asked me if I wanted to sell my amp letting me know they were serious but I told them no. LOL!”

Caserta: “I’ll either be playing and I’ll either have part or a whole idea happen. Then afterwards all the possibilities start being worked out in my head literally. 24/7 music along with everything else going on in it.”

Caserta: “I’m proud of them all. Like you always hear an artist say about his or her music. They’re like your kids. They each are very special and have things you just love about them.”

Caserta: “I don’t have a particular fave but I guess the high energy and spacey kind of vibe sounding tunes we do.”

Caserta: “Pretty much all the ones we do.”

Caserta: “Meeting someone who’s been a long time TRUE friend around 20 years and is a big name in rock. I’m currently trying to finish up a tune with him playing on it.”

Caserta: “Well if you’re in cover band and making it then that’s success. If you’re a signed well known then making sure you stay relevant.”

Caserta: “For guitar, Rhoads mainly. But there are others also.”

Caserta: “As strange as it sounds a lot of background kind of stuff; guitar and piano instrumentals.”

Caserta: “I’d like to be able to visit my friend and present some more tunes when we both can make it work. Dave Grohl would be one that would be interesting to see what we would come up with also. I’m sure whatever that would be would be really heavy.”

Caserta: “Not really sure on that one. Quite the list as well.”

Caserta: “My friend Frank whom I mentioned earlier. The most down to earth no nonsense rockstar I’ve ever had the good fortune of meeting and working with and above all a great friend for almost 20 years now.”

Caserta: “Being able to get my latest batch of tunes finished and recorded.

CVW: Who would be your top 3 headliner picks for next year’s Coachella?

Caserta: “Don’t know. Not really familiar with the country scene.” 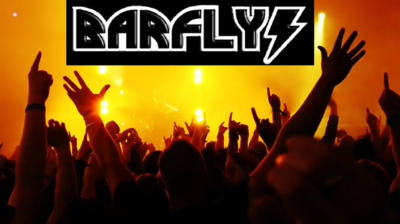 Caserta: “Yes, treat people how you would want them to treat you. If you say you’re going to do something follow through. There’s way too much hate and flaking going on in the world, but most important, put God (Jesus) first, not music or people or anything else on a pedestal, where only He belongs. He should receive all the praise instead of people literally worshiping and idolizing actors, artists, sports figures and the like. They’re just people like you and me. Barflys would like to wish everyone a very Merry Christmas and all the best for 2019 and thank everyone for supporting us over the years.”