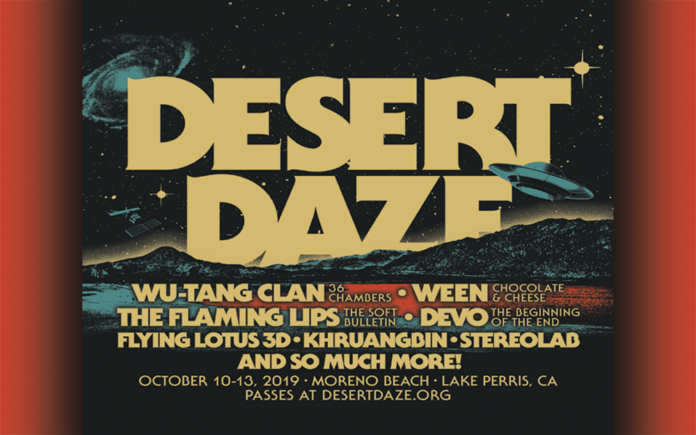 Desert Daze, the premier Southern California psych fest, is making its triumphant return this coming weekend. Just when you think, “there’s no way next year can be better,” Desert Daze finds a way to prove you wrong. This year’s lineup has surpassed the expectations of everybody involved, be it fan or organizer. Through various location changes, and many years, Desert Daze has grown into arguably one of the best festivals in Southern California (which is obviously home to some of the most popular festivals in the world).

Desert Daze started in 2012 as a way to keep Coachella Fest attendees busy between the two weekends. In 2013, it was too big for Dillon’s Roadhouse and moved to Sunset Ranch in Mecca. After three years, Desert Daze moved to Joshua Tree in 2016. After a hugely successful 2016 and 2017 festival, Desert Daze once again outgrew their venue and moved to their third location for the 2018 event.

For the second year, Moreno Beach in Lake Perris will be home to Desert Daze. This location has made it possible for more camping room and a very scenic lake backdrop. The lake isn’t just a backdrop though. Festival goers are encouraged to take a dip or float while listening to their favorite bands play live just feet from the shoreline. If the lake isn’t an enticing enough backdrop, the beautiful San Bernardino and San Jacinto mountains ought to be more than enough.

Saturday sees a double headliner with Ween and DEVO. Saturday has many standouts including possible 3rd headliner(?) Flying Lotus 3D, Parquet Courts, JJUUJJUU, Pussy Riot, Surfbort, and Big Business. Gucci endorsed band Surfbort, play The Theatre at 3:30 pm followed by the loudest, fullest duo in the “business,” Big Business at 4:45 pm. JJUUJJUU, Phil Pirrone’s psych gem, will play The Block stage at 5:30 pm. The Moon stage will be occupied all day with amazing acts. Parquet Courts starts at 4:30 pm. Devo follows with a 6:15 pm set. After that is Ween performing Chocolate & Cheese at 8:35 pm. Finishing out the night on The Moon stage is Flying Lotus 3D at 11:25 pm.

On the final night of the festival, Sunday, the musical assault does not slow down even though the festival will be wrapping at the end of the night. Wu-Tang Clan headlines the onslaught of Sunday’s festivities. Alvvays, The Black Angels, Khruangbin, The Claypool Lennon Delirium, and Dead Meadow help with this aural assault. Alvvays plays The Moon stage at 4:30 pm followed by The Black Angels at 6:30 pm then Khruangbin at 9:00 pm. The Claypool Lennon Delirium hit The Block stage at 10:15 pm followed by Dead Meadow closing out the festival at 12:55 am. Wu-Tang Clan will prove they “ain’t nothin’ to fuck with” on The Moon stage at 11:35 pm.

Throughout the festival, many other bands will be performing on The Sanctuary stage, The Theatre, The Block stage, and The Moon stage. Local artist Christopher Cichocki returns with his Circular Dimensions installation every night at The Sanctuary from 10:45 pm until close. If you are camping you will also get access to The Mystic Bazaar which will feature musical performances, Yoga, Soundbaths, Workshops, and general meditation. Camping at the venue is a must for those who can afford it. The camping community and opportunity to not have to commute makes it worth every penny. 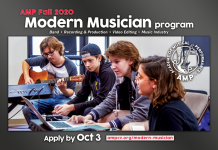 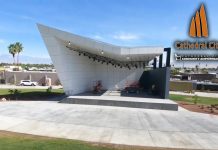 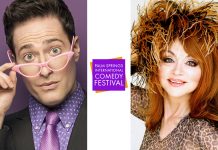