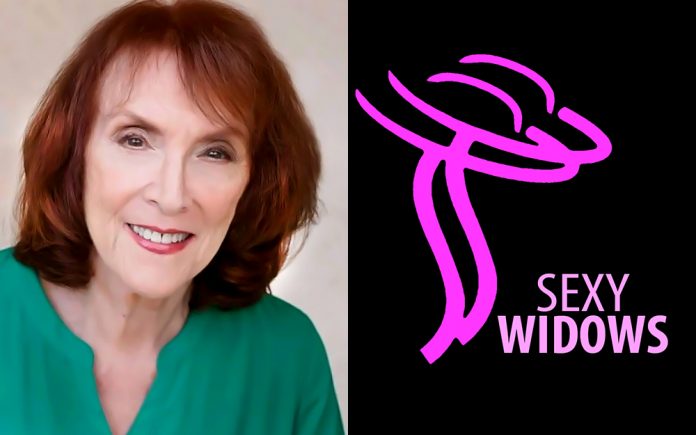 An old Chinese proverb says; “You cannot prevent the birds of sorrow from flying over your head, but you can prevent them from building nests in your hair.”

That quote seems to perfectly characterize the premise of writer/actress, June August’s musical, “Sexy Widows.”   With a long and exemplary theatrical background and a list of accomplishments that spans decades, it’s no surprise that August’s, latest creation, “Sexy Widows,” perfectly captures the human condition when it comes to surviving and thriving in times of grief.  August, wrote the book, music and lyrics for Sexy Widows, as a posthumous tribute to her late husband, whom she credits with bolstering her courage with writing music.  She has written a musical that brilliantly reflects the journey of finding your way back from the depths of grief.

“Sexy Widows,” is the story of two widows and two widowers who meet in a grief recovery support group. Through witty dialogue, funny and poignant songs, great storytelling and wonderful casting, the play introduces us to Della, (Delores Hudson,) Brenda, (Lark Kenny,) Charley, (Milt Oberman) and Dave, (Bill Stephens.). Four people who have lost their spouses and are learning to navigate the world as singular, rather than plural.  Over the course of four years, their highs, lows, progress and setbacks are presented in a touching and humorous way, that few would not be able to relate to if they have ever experienced loss.  Sexy Widows, does not get lost in the loss, but rather inspires and provides hope for anyone who may be feeling adrift.

Hudson, Kenny, Oberman and Stephens all gave wonderful performances and embodied such real and empathetic characters.   The Ensemble cast were top quality and contributed to the overall professional quality of Sun City Palm Desert Performing Arts Club, production of this show was presented October 25-27th.

Roz Warren Heller’s direction was engaging and transformative.  The set was simple, with no elaborate costumes or props.  Douglas Graham’s choreography was the mesmerizing cherry of this cake.  Musical Director, Wayne Abravanel, (Piano), Jeff Stover, (Bass) and Dave Hitchings provided the live music for this production, giving wings to August’s songs.

August describes the script as, “not a set-up, set-up, set-up, gag format, but a poignant comedy focusing on some universal truths.”   When she began writing the script, she was a brand-new surviving spouse.  After 13 years of rewrites and personal growth, August says that she’s finally done with endless revisions of the story.

June August, has worked in theatrical venues across the country, winding up here in the Coachella Valley where she has showcased her professional grade acting talent on local stages across the desert.  King Lear, On Golden Pond, Lost in Yonkers, Other Desert Cities, The Vagina Monologues, to name just a few of the shows that have featured her talent.  Besides her acting, she has now shared her writing and musical skills in one of the most poignant shows to grace a stage.

‘Sexy Widows,’is a moving lesson on how not to let the birds of sorrow build nests in your hair.