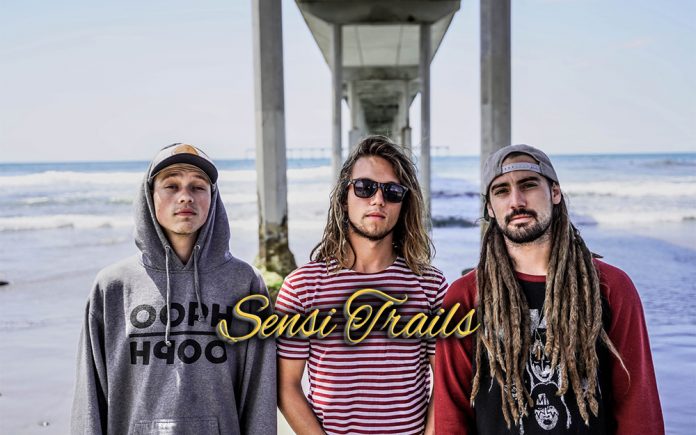 Since 2011, the Date Shed has hosted some of the finest touring artists you could ever imagine as well as provided a professional platform for local artists looking to prep themselves for the world stage.

“There’s nothing else like it in the desert,” owner Alex Haagen IV said. “It was designed from an artist’s perspective forward. We designed a stage, sound and lighting package first, and then added a bar. It’s not a bar that has a stage in it, there is a difference. The rest of the space was created with the idea of giving music fans an environment to chill and enjoy their favorite bands or discover new ones.”

The idea for the Date Shed was a natural progression after all the years of the Coachella Valley Arts and Music Festival where the Date Shed was used as a private party area to host close family and friends during the festival. “We started it around a campfire, giving lots of musician friends a private place to jam,” shared Haagen.

This tradition sparked the inspiration of creating a jam session environment for friends, family and musicians alike but has turned into so much more. Haagen wanted to take the Coachella vibe, mix in the Sunset Strip of the 70’s, and give live music a home in the valley.

On Saturday 1/11/20 the Date Shed brings Cali Reggae Rock wonders Sensi Trails to our desert home and unites together Coachella Valley backbone bands Desert Rhythm Project and Mozaiq for their first show together…ever! The Date Shed is located at 50725 Monroe Street in Indio, California. Tickets are $10 and can be purchased now at eventbrite.com or $15 at the door. The show is 18 years old and up.

Since 2016, Sensi Trails has been playfully blurring the lines between Cali Reggae, Surf and Psychedelic Rock. After releasing a 5-song EP, lead singer and guitarist Kyle Rising decided to relocate from Outer Banks, North Carolina to San Diego, California. He soon reconnected with E.N Young, whom he met when Tribal Seeds was on tour in N.C. After recording and releasing the new single Just Livin’ featuring Kbong of Stick Figure, he met drummer Jordan Starke and bassist/vocalist Kaya Hall.

After dropping out of college and moving to Outer Banks, Rising performed the open mic circuit and eventually found like-minded musicians, with whom he formed Sensi Trails. Feeling the need for growth following the EP, he hopped in the tour van on a solo journey out west. Desiring a fresh chapter of energy and sounds for Sensi Trails, Rising hit Young’s Imperial Sound Studios in San Diego to record new material for a follow-up album.

Starke came from a background of Rock and Metal. But he found Reggae when he was just 16 years old, seeing Mike Pinto on tour in his hometown of Colorado Springs. Hall first found music in the form of a KISS album in his father’s record collection. When his parents took him to a Slightly Stoopid concert, he fell in love with the sound and community that Reggae created. He has been the lead vocalist and guitar player in the popular San Diego Roots Reggae band Strictly Skunk for over six years.

The three musicians originated from different cities, came from different backgrounds, and found music through different avenues and styles. But it was their passion for music, and their love of Reggae that brought them together. Honoring the sounds that inspired them, while mixing in fresh themes and styles, Sensi Trails will be releasing their debut full-length album, Celebration on January 17, 2020.

Combining thunderous bass, on-point rhythm, soulful lyrics, and tasty melodies, Sensi Trails will draw you in and leave you wanting more. With a chemistry of catchy songs and infectious vibes, they travel the open road, on a quest to play and spread their music to the world.

You can pre-order Celebration at:

This will be Sensi Trails first time performing in the Coachella Valley. Desert Rhythm Project and Mozaiq shared the 2019 Coachella Valley Music Award for ‘Best Reggae’ and will be opening the show.

CVW: Your new album Celebration is being released 1/17. How excited are you for the world to hear new Sensi Trails music?

ST: “We are very excited for the release of our new album Celebration!”

CVW: The SoCal/O.C./S.D. Reggae sound has busted open unlimited avenues for Reggae and has spread the love to a wider audience. In other words, what are some of your major musical influences?

ST: “We are influenced by many different styles of music from Roots Reggae to Rock and Roll and everything in between.”

CVW: E.N Young is a master producer & musician. What has it been like to work with him at Imperial Sound?

ST: “Working with E.N Young has been amazing. He’s a great guy and has done a lot to help us.”

Desert Rhythm Project is as deviated from the norm as an artist can get. Its core members, Mikey Reyes (guitar/vocals) and Bryanna Evaro (bass/vocals) have built a movement from the ground up and they have done it over an extended period of time and at their own velocity. In doing so, the band can virtually play any show, venue or festival they would like. The 2018 complete and flawless album Mojave Roots is a sublime segue to new music coming in 2020.

“We’re stoked that Date Shed General Manager Kristen Reinhagen Ortiz has created such an amazing space for Reggae music in the Coachella Valley. It’s been over 10 years that we’ve been playing there and have opened for some of the hardest hitters in the game, including Fortunate Youth, The Expendables, Tomorrow’s Bad Seeds, Seedless, Josh Heinrichs and White Glove Service. We’re stoked to share the stage with our ‘hometown hitters’ Mozaiq! It’ll be our first show together and there might be a Mikey feature on one of their songs! We’re also stoked to be rockin’ with Sensi Trails. They’ve got some dope songs and are hittin’ the scene hard, it’s gonna be a good night! We have a new single coming out in February as well as a new EP in the months to follow. We are looking forward to getting on the road this summer and hittin’ the ground running!”

“We’re really excited about the show at The Date Shed. Not only will we be hosting and welcoming the fellas from Sensi Trails, for whom we have much respect and are fans of their music, but we’ll also be sharing the stage with our ‘hometown homies’ Desert Rhythm Project. It’s going to be an awesome night of music and good vibes all around. As always, we’re extremely grateful for the support of our family and friends. Additionally, we’re going to be showcasing an entirely new set-list and show, including some new original songs that we’ll be performing for the first time. These are songs that we will be recording later this year. We’ve also added some new faces to the MoZaiq lineup. We’re looking to continually refine our sound and live show and Saturday will mark our first performance of 2020. Come check us out and you’ll see that we’re coming out swinging and looking to do some big things this year.”