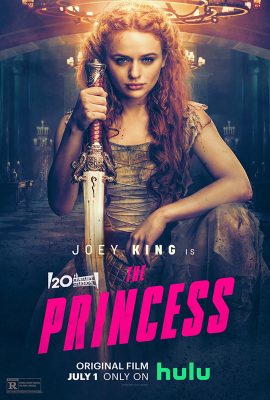 Joey King is an action star and her bloody R-rated film will please fans of the genre.

When a beautiful, strong-willed princess refuses to wed the cruel sociopath to whom she is betrothed, she is kidnapped and locked in a remote tower of her father’s castle. With her scorned, vindictive suitor intent on taking her father’s throne, the princess must protect her family and save the kingdom.

Make no mistake; this violent and exciting film doesn’t hark back to familiar, European fairy tales but rather to the feminist revenge thrillers of previous decades. It’s an homage of sorts to exploitation and wuxia cinema where warrior women literally stuck it to the man — with knives. 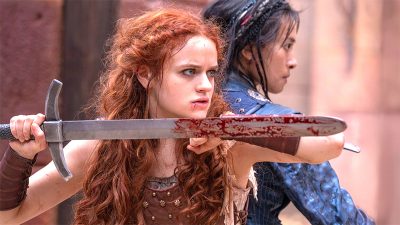 The tightly choreographed action sequences show the princess hitting assailants with chains. She expertly wields a sword and throws someone out of the very tall tower in which she is trapped – and she does it all in a wedding dress. How very punk/goth.

The Princess is an unabashedly feminist action-adventure in which the central character rises from her dormancy to slash the patriarchy that has imprisoned her. II couldn’t be timelier, and it’s a bloody good time as well.

This imaginative mix of a medieval tale with martial arts action is far more entertaining than you might expect. 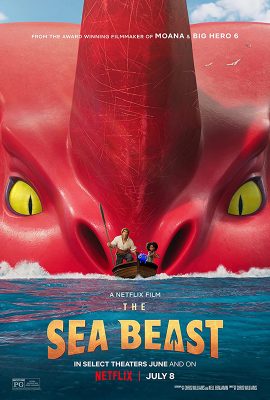 Director Chris Williams’ (Moana) beautifully crafted high-seas adventure is a rare family film that delivers for all ages. Williams exploits the seemingly infinite artistic capabilities of CGI technology to deliver a luminous oceanic adventure that makes a stop in Red’s enormous belly – a very Jonah-like metaphor for this engaging film that takes a serious look at the stories we tell ourselves and who benefits from the believing.

The film brings to life an era when terrifying beasts roamed the seas, monster hunters were celebrated heroes — and none were more famous, heroic and beloved than the great Jacob Holland. However, when young Maisie Brumble stows away on Holland’s fabled wooden ship, he’s suddenly saddled with an unexpected ally. 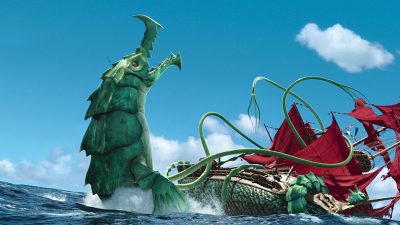 Together they embark on an epic journey into uncharted waters and make history. The Sea Beast takes us to the edge of map where the real adventure begins.

The world of this great looking immersive film is so realistically rendered, so detailed and tactile, that it feels like a live-action adventure. You will believe in sea monsters.

Questions/comments? I like hearing from readers. What are you watching at home or in theaters? What’s the worst, most disappointing film you’ve recently seen? Drop me a line.