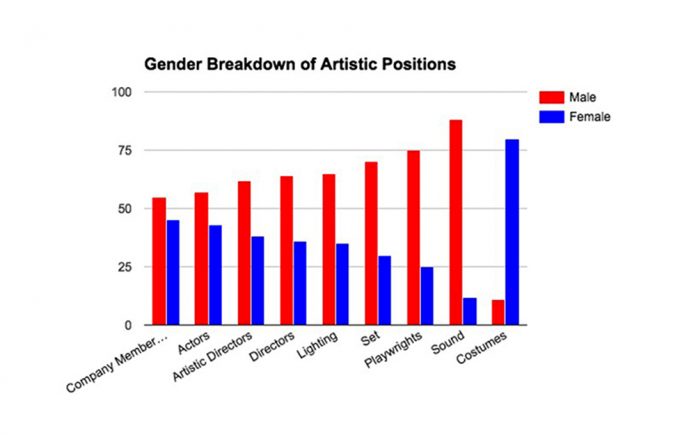 Humans really are a narcissistic bunch.  We spend our lives in search of our own reflections.  Gazing into the faces of our children to see what traits they have inherited from which parent.  Is that my mother’s eyes staring back at me? My father’s chin? Does that book, that movie, that play, reflect my own perspective? Does it give me insights to my own life experiences? Does that protagonist represent me in any way?  Am I the hero of that story? And in a country like the United States, our history and heritage is so diverse that it forces us to work harder, wrestle with our muses and step outside of our comfort zones, so that our stories can reflect more of ‘us,’ and not just ‘me.’

I recently read that the Desert Rose Playhouse was closing while they restructure their ‘core team.’ Artistic Director Robbie Wayne and Managing Director Matthew McLean, are leaving and their replacements are not yet confirmed.  The Desert Rose is identified as the only LGBTQ theatre in the desert, and though their production history at times has leaned more in favor of the “G” in LGBTQ, a good portion of their work has been so critical to representing an important segment of the population.

No matter who we are, we continue the search for our own reflection in the mirror of our society and our culture. And the unfortunate truth is that for large segments of the American population, namely women, people of color and the LGBTQ community, those reflections seldom show us ourselves.

It requires much more effort to step outside of our comfort zones when producing theatre.  I wrote a stage play with music, (Music written by Michele Weiss,) titled “Prove It On Me.” (taken from the title of Ma Rainey’s old blues song of the same name.) The protagonist was a black, lesbian blues singer, from the 1920’s Harlem Renaissance era.  The cast was primarily black and it was by far one of the most challenging stories and cast of characters that I had ever written, yet it was rewarding beyond measure and drew in a very diverse audience.  This play most certainly defied the old writer’s adage, ‘write what you know.’

In 2017, the national stage Actor’s Equity (AEA) released a study on diversity among actors and stage managers. In a nutshell, the study found that U.S. stages don’t represent the country’s diversity. Looking at both gender and race, women and minority actors are underrepresented and often end with lower paying shows than white male actors. If you go to the theatre (and definitely if you work in the theatre) these findings, are not a shock. The diversity of our country is not represented on our stages.

And it’s no surprise that there is a huge correlation between playwrights and the types of diversity shown on the stage.  Women, people of color and members of the LGBTQ community are much more likely to write scripts that portray the diversity of those populations.  Women, people of color, LGBTQ characters in general and protagonists specifically, mean more stories that reflect ‘us.’   Statistically 75-80% of the plays that get funded and produced are written by men, with the vast majority featuring male protagonists.  Add a lack of representation by people of color and you find yourself watching shows that are predominantly by, for and about white men.

While our stages might not be diverse, our country is. If theatre is going to tell the stories of our culture and our communities in all their wonderful complexity, then diversity is going to have to find a place on stage, which will in turn be reflected in the audience.  Research continues to confirm that there are many women, people of color and LGBTQ writers, who are too often overlooked and under-represented.

Theatre artists come in all shapes, sizes, and colors, yet ironically we are frequently myopic, reflecting a dramatic lack of range of types of individuals in the theatre-making profession.

It is a reality that even in the Coachella Valley, the vast majority of Artistic Directors and those making the script and casting decisions, are men, (white.)  This is not an insult to the talented individuals who put their heart and souls into keeping desert theatres open and producing, it’s simply an observation that even here in our liberal and diverse region, our theatres are still in sync with National statistics, when it comes to representation of women and people of color.

And that is one of the reasons why it is so tragic to see a theatre like the Desert Rose Playhouse, which specifically targets a minority segment of the population, walk so close to the edge and risk falling into the precipice.

An audience member looks for a reflection of themselves when deciding on what show to see. Does that play, reflect my own perspective? Does it represent my community or my culture? Does it give me insights to my own life experiences? Does that protagonist represent me in any way?  Am I the hero of that story? Do I see myself in the mirror on that stage? 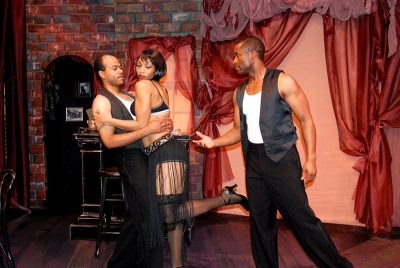 If the answer to these questions is ‘No’ for large portions of our community, then we are denying the art of theatre to so many, who no doubt would benefit from it.  Live theatre educates and entertains, it helps to promote social discourse, dialogue and potential social change. Theatre has survived for centuries because it adapts to change and is a cultural phenomenon that demands that society examines itself in the mirror.  Are we as a theatre community doing enough to reflect the true diversity of American culture?  Do our stories reflect more of ‘We,’ and not just ‘Me?’