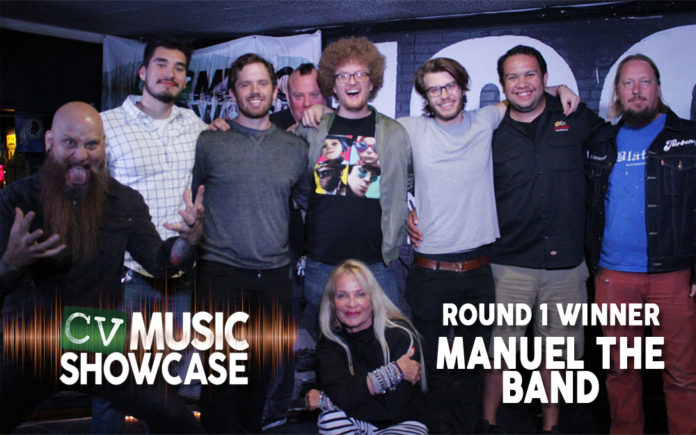 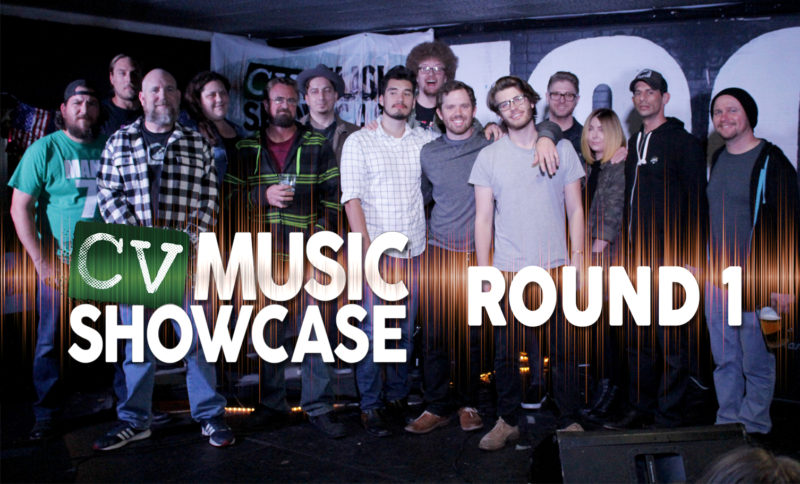 The first preliminary round of the 3rd Annual CV Music Showcase at The Hood Bar & Pizza started out with a bang with solid performances by Sunday Funeral (lead singer, Justin Ledesma, has one of the best and most under-rated voices in the valley), Hundred Forms (with Corwin Hendricks being one of the best drummers in the valley), Skitzo Attack (offered a powerful trio performance) and Manuel the Band (who delivered a cohesive performance of memorable songs, with the band members interacting with each other like a band that had been together for years). It was unanimous with all four judges: Arthur Seay -House of Broken Promises, Unida, Death in Pretty Wrapping and owner of Bitter Sands Recording Studios; TK- Program Director for 93.7 KCLB; Julie Montante- owner of PSA Organica; and Jason Hall- owner of Ruined Vibes Records and CV Weekly Music Writer, that Manuel the Band was the winner.

They received $200.00 cash and a slot in the CV Weekly Music Showcase Finals to be held on Saturday, May 5 at The Hood Bar & Pizza. They will join 5 other bands for the opportunity to win $2,000 cash sponsored by Brad Guth owner of The Hood Bar and Julie Montante owner of PSA Organica, along with a photo shoot package provided by Laura Hunt Little Images, their song or live performance played on 93.7 KCLB by TK, and a one song recording with Arthur Seay at his Bitter Sands Studios.

Manuel Grajeda started the band back in January of 2017, however, it started out as just an acoustic set.

“Brandon, the drummer, and I had been in two bands previously and when I asked him to be part of this he was right on board. After that it kind of just snowballed and got bigger. George, the pedal steel player, came on right after that and then Richard (trombone). I’d say about a month and a half ago we had the set up that performed at the Showcase the other night. So, this group in the formation you saw is really only a few months old. We do have a rapper, Thomas DaVinci, that comes and jams with us from time to time too,” shared Grajeda.

While the band is from Long Beach, their manager, Mychal Renteria, is from the Coachella Valley.

Locally, the band has recently performed at Brew in LQ and the Wine Emporium in La Quinta. They also played at the OC Fair and two walks for the Alzheimer’s Association in Huntington Beach and Angel’s Stadium and has some gigs coming up at Mt. High. Add to that list that they just won the San Diego Battle of the Bands and you can see this band is already a force to be reckoned with.

“Winning the SD Battle of the Bands was a pretty awesome experience,” shared Grajeda. “It was probably the shortest set we’ve ever played, but, and I can’t speak for the rest of the guys, the most eye opening and meaningful one too. I think, as a band, that’s when we realized that this was something very special. It opened up a lot of doors, connected us to some great bands and really motivated us and pushed us to see what we can do as a band. Alex and I sat on the grass in front of the stage as they called our name as the winners and it was just one of those ‘holy shit, we just did that’ moments. That was back in June. One of the prizes was free recording time at Sonic Rocket studios in Fallbrook, CA. The chief engineer, Shea Thompson, is the absolute man and we’ve been super stoked to work with him and the owner, Cash. We will, hopefully, be back soon to record more.”

Manuel the Band has a four song EP on Spotify, but we will have new tunes coming in January, February and March. “We’re really excited about them as we feel it represents who we are and our sound,” shared Grajeda.

This 7-piece has a truly unique sound that was quite refreshing. “They were like a breath of fresh air,” shared Julie Montante, one of the judges. “I could already hear the last song they performed as a hit on the radio.”

I asked Grajeda if the band was in this for the long haul and if they planned to make it a career.

“Yes, we’re definitely in this. Like I said, winning the SD Battle was a real game changer for us. We’re also very excited about winning the preliminary round of the CV Music Showcase the other night. We love playing and we have a unanimous belief in what we’re doing and where it can go. We’re very excited about the next year. We do all work. Matt, the sax player, is a professional sexy sax man. Richard teaches marching band, Alex is a professional paintball player, Kevin is in school, Brandon is a bartender, George teaches music lesson and I teach high school history. So we keep busy. Having 7 members with 7 schedules is a weekly challenge for sure!”

When asked what genre they feel they fall into Grajeda replied: “That is the toughest question for us… Genre. We were having this conversation the other day. We always seem to fall into that ‘alternative rock’ sound, but in all honesty I don’t think that’s the best description. It is alternative and it is rock, but it also has jazz, hip hop, blues, samba and jammy aspects to it. It’s also really progressive. It’s like the alternative pop rock to alternative pop rock. We’re just one of those ‘you just gotta go see it and you’ll dig it’ kind of bands. Maybe that’s the new genre! ‘Go and see it!’” laughed Grajeda.

Manuel the Band’s live performance at the CV Weekly Music Showcase was definitely a memorable one.

For more info go to manueltheband.com and check them out on Instagram and FB.

Sound for the evening was provided by Nigel Dettelbach, video courtesy of Kurt Schawacker and photos by Robert Chance.