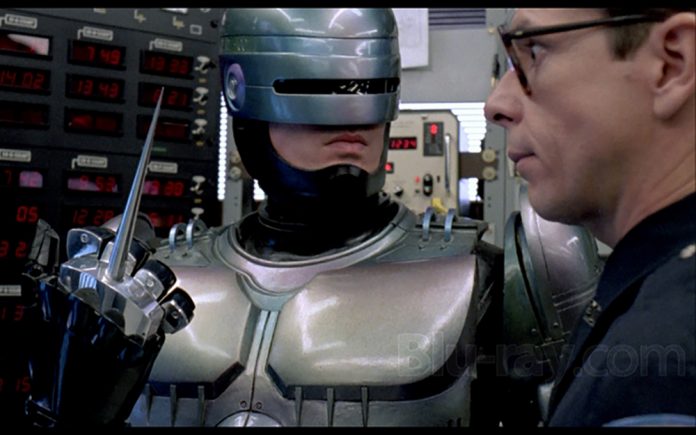 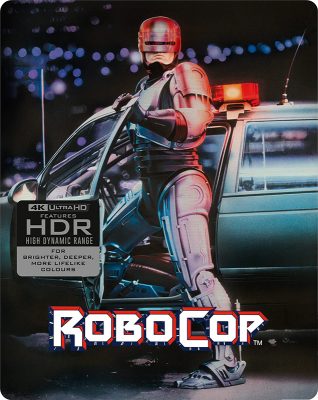 Director Paul  Verhoven’s Hollywood debut instantly became an enduring sci-fi/action classic when it landed on the big screen in the summer of 1987.  Verhoven’s peerlessly exciting and kinetic visuals are matched by a terrifically insightful script by co-writer Ed Neumeier and exceptional special effects by Rob Botkin (The Thing) and Phil Tippett (The Empire Strikes Back).

The story is set in a not too distant future Detroit.  Heroic cop Alex Murphy (a terrific Peter Weller) is gunned down in the line of duty only to be resurrected as a RoboCop – a cybernetic mix of spare human parts and Motor City’s steel and the latest defense against crime weaponry designed by the all-powerful OCP Corporation.

As RoboCop’s memories of his former life as Murphy resurface, only his ex-partner (Nancy Allen) stands beside him to fight against the merciless thugs responsible for his death, as well as the nefarious top-level OCP executive orchestrating the chaos from above.

This thrilling, motional and unexpectedly hilarious satire of a future 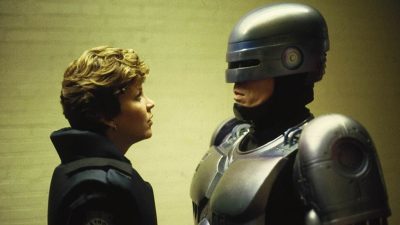 “law and order” society that is all-too believable in view of the current rise of militaristic police forces.

The definitive (uncensored) 4K UHD Blu-ray director’s cut is packed with a trove of fascinating and watchable bonus features of which the following is only a sample:

“Split screen comparisons between the Director’s Cut and Theatrical Cut and the edited for TV version.

“The Boardroom Storyboard with commentary by Phil Toppett.”

“Then & Now: three archive featurettes from 2007 featuring interviews with cast and crew.” 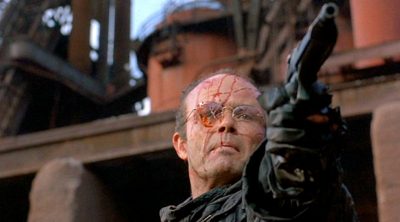 “Commentary originally recorded for the Theatrical Cut and re-edited for the Director’s Cut.

“Disc One: The Director’s Cut.”

And about a dozen more bonus features make this an outstanding set worth owning.   From Arrow Video.   Recommended.

I want to hear from you.  What are you watching and most excited about seeing, streaming or catching in a theater?  Drop me a line.