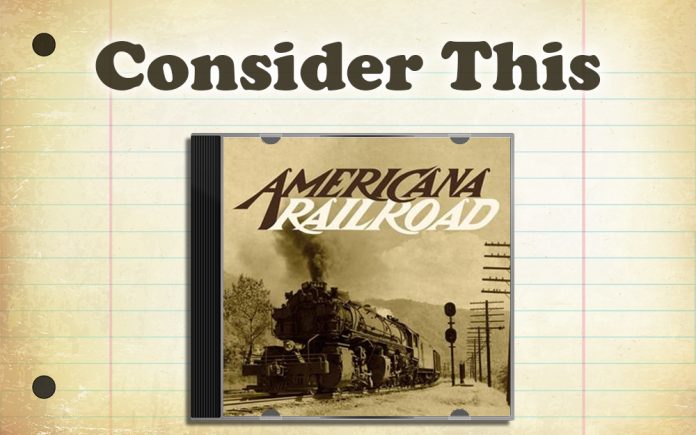 As a kid, Carla Olson was fascinated by trains. She grew up just five blocks from the railway in Austin, Texas. Walking home from school she would occasionally put her ear to the track and listen for the train coming. Nightly, the faraway sound of the train whistle lulled her to sleep. The train represented freedom, the allure of exotic destinations, a form of escape when the banality of small town living proved too much.

She came by music naturally. Her dad had played Classical piano. Carla started there, inspired by early heroes like Joan Baez and Bob Dylan, she switched to acoustic guitar. Soon enough, she swapped the acoustic guitar for an electric one, and began playing in local bands. Following school, and several months in Italy, she returned to Austin in the late ‘70s and formed The Violators with (future Go-Go) Kathy Valentine

Of course, Carla and Kathy skipped town as soon as they could, seduced by the siren song of Rock & Roll. Landing in Los Angeles, they formed the Textones. A seminal Roots Rock outfit, it included ex-Dwight Twilley Band member, Phil Seymour. Of course, Kathy soon joined the Go-Go’s, and the band went through a few line-up changes, but continued to hone their sound, an amalgam of Country, Folk, Blues and primitive Rock & Roll. Plying their trade at The Whisky, The Starwood and Madame Wong’s, they cultivated a passionate fan-base.

It was around this time that Carla’s cool blonde beauty caught the attention of Bob Dylan. He asked her to appear in one of his first videos, “Sweetheart Like You.” In return, he gave her an unreleased song, “Clean Cut Kid,” which appeared on Textones first official long-player, “Midnight Mission.” Released in 1984, it garnered excellent reviews and reached #76 on the Billboard charts. Following the band’s sophomore effort, Cedar Creek, Carla went solo, well, sort of.

First, she teamed with former Byrds frontman, Gene Clark for the seminal So Rebellious A Lover record. Americana long before the term was coined, their sound zeroed in on their undeniably earthy vocal chemistry. Critical acclaim was unanimous, but commercial success remained elusive. Sadly, just as the pair began working on their next album, Gene died in 1991.

In the ensuing years, Carla has toggled between solo albums, and production work (Mare Winningham, Phil Upchurch, Davis Gaines). She also partnered with ex-Rolling Stones guitarist Mick Taylor on Too Hot For Snakes in 1991, and a decade later on The Ring Of Truth. She continued to remain busy behind the scenes, playing on, and producing sessions with everyone from Percy Sledge and Joe Louis Walker to Barry Goldberg. 2013 saw the release of Have Harmony, Will Travel, a collection of favorite cover songs, a second volume arrived in 2020. In between, the Textones (including Kathy Valentine), released their long-awaited third album, Old Stone Gang in 2018. Now Carla’s childhood obsession with trains comes full circle with the release of Americana Railroad. Not only does she perform on several songs, but as producer, she’s enlisted some well-known friends to record old and new songs that pay homage to a bygone mode of transportation.

The first three songs send the listener click-clackin’ down the track, beginning with “Here Comes That Train Again,” a duet between Carla and Stephen McCarthy of The Long Ryders. Gritty electric guitars collide with fluid acoustic riffs, cinematic organ notes, rattle-trap tambourine and a chugging beat. Written by Stephen, the melody shares some musical DNA with Paul Simon’s epoch-defining “Kodachrome.” The nostalgia is baked right in, as his affable croon wraps around Carla’s warm contralto; “Hear the whistle, see the smoke, down the track I walk, to the James with their Hollywood names, I can still hear them talk, since I’ve gone that train’s moved on, but I hope to see, one day that train’s coming back to me.” The ringing guitars of the opener have barely receded as “The Conductor Wore Black.” barrels out of the speakers. Robert Rex Waller Jr., lead vocalist for I See Hawks In L.A., acquits himself nicely on the Cow-Punk classic from Rank And File. That outfit rose from the ashes of Chip and Tony Kinman’s seminal Punk band, The Dils, and was one of the first bands to fuse Country and Punk. Slashing guitar riffs, courtesy of Chip Kinman, ride roughshod over flinty bass lines, and a walloping beat. Robert’s stentorian yowl adds some ye-haw verisimilitude to this Wild West tableau; “This train carries liars, this train carries cheats, this train carries black guards that you’d ever, you’d never want to meet.” Chip unfurls a chicken-scratch guitar solo that hopscotches through the break, as the propulsive rhythm locks into a locomotive beat.

Separately, John Fogerty and Robert Rex Waller Jr., pay obeisance to a couple of unsung songwriters, the late Steve Goodman and the late Steve Young. The former frontman and primary songwriter for Creedence Clearwater Revival (who has also carved out a successful solo career), knows a thing or two about crafting an indelible hook, and so did Steve Goodman. The Chicago-born singer-songwriter died too soon from leukemia at the age of 36. John offers up a note-perfect rendition of Steve’s best-known song, “City Of New Orleans.” The jangly, Folk-flavored charmer takes the listener on a ride from Chicago to New Orleans on the Illinois Central Railroad; “there are fifteen cars and fifteen restless riders, three conductors and twenty-five sacks of mail.” It’s a family affair as John’s kids, Shane, Tyler and Kelsey, provide the instrumentation. Acoustic guitars lattice atop thready bass lines and wistful harmonica notes, courtesy Willie Nelson’s longtime bandmate, Mickey Raphael.

Steve Young was also a protean singer-songwriter whose songs have been covered by Waylon Jennings and Hank Williams, Jr. But he’s probably best known as the writer of the Eagles hit, “Seven Bridges Road.” Originally, “Midnight Rail,” was a bit of a sad-sack dirge. But the I See Hawks frontman is able to preserve the pathos, but cloaks it in an arrangement that features sparkly electric guitar, poignant slide guitar runs and a sturdy backbeat.

Some of the tracks here are as old as the hills, but three managed to climb the Billboard singles chart. They unfurl here in slightly reconfigured forms. Although Rocky Burnette already served up a swinging version of Elvis’ “Mystery Train,” L.A. Rocker James Intveld takes a run at the Sun Records classic. Jaggy guitar riffs lock in with tensile bass lines and a walloping backbeat, giving it a ballsy, Blues-Rock flavor.

Back in the mid ‘50s, Johnny Burnette and the Rock and Roll trio added a Rockabilly patina to Tiny Bradshaw’s Jump-Blues hit, “Train Kept A-Rollin.” Nearly a decade later, The Yardbirds gave it a coat of Psychedelicized paint. A few years after that, Aerosmith added some Hard Rock heft, and it became a Classic Rock staple. Now ‘80s Rocker, Gary Myrick has fashioned the ultimate Surf/Twang combo-platter anchored by reverb-drenched guitars, swaggering bass (courtesy ex-Knack bassist, Prescott Niles) and a tribal, triple-time tattoo. Gary’s guttural vocals double down on the authenticity of the lyrics’ sex-on-a-train (not so) double entendre.

One of Carla Olson’s most rewarding collaborations was with ex-Byrd, Gene Clark. She honors that partnership by roping in another Byrds compadre, John York for “Runaway Train,” and enlisting Gene’s son, Kai Clark for a rendition of Gene’s own “Train Leaves Here This Morning.” The former, written by former Kingston Trio-ite, John Stewart, layers fragile vocals, chiming guitars, tough-minded piano and shaded pedal steel atop a four-on-the-floor shuffle rhythm. Wildly verbose lyrics depict a faltering, long-distance relationship, as a romance gone off the rails; “Steel rails and hard lives are always in twos, I have been here before this, and now I’m it’s with you, I’m worried about you, I’m worried about me, we’re lighting the fuses and counting to three/And what are the choices for those who remain, the sign of the cross, on a runaway train, this thing has turned into a runaway train.”

The latter co-written by Gene and Bernie Leadon was a bit of a slippery roundelay, originally found on his fourth solo album, No Other, as well as the Eagles self-titled debut. In his son’s hands it becomes a full-blown Honky-Tonk lament. Strumming acoustic guitar partners with forlorn pedal steel, Opry’fied fiddle, compliments of legendary Byrds sideman, Byron Berlaine, along with stinging electric guitar, rock-ribbed bass and a tick-tock beat. Kai’s vocals are as worn and comfortable as an old denim jacket. Mournful pedal steel wraps around shivery fiddle on the break. Meanwhile, the final verse is suitably desolate and dissolute. As the unlucky-in-love narrator contemplates a change of scenery; “And I watched as the smoker passed it on, and I laughed when the joker said ‘lead on,’ cause there’s a train that leaves this morning, don’t know what I might be on.

On an album stacked with a plethora of wonderful tracks, one stands out from the pack, and that’s Dave Alvin’s song, “Southwest Chief.” This minor-key masterpiece was co-written by the late great Folk legend Bill Morrissey. Filigreed acoustic fretwork is matched by honeyed electric riffs, vroom-y bass and a percolating beat. Dave’s cigarette-tinged vocals hit that sweet spot between rangy baritone and supple tenor. An expansive travelogue, the lyrics paint a vivid and sweeping narrative; “Racing through the cornfields and nameless small towns, porch lights coming on as the sun goes down, Folks I’ve known and loved keep crossing my mind, as the train keeps on pushing and making up for lost time.” Courtly Spanish guitar underscores the bittersweet tableau. Other interesting tracks include an intriguing take on Curtis Mayfield’s “People Get Ready” from Deborah Poppink, “500 Miles” from Alice Howe and “Steel Pony Blues,” an original from former Carolina Choclate Drops member, Dom Flemons, that limns the true story of ex-slave and Pullman porter Nat Love (aka Deadwood Dick).

As producer, Carla’s fingerprints are all over the record, adding harmonies, handclaps and additional guitar here and there. She’s front and center two more times, partnering with Brian Ray for a crackling rendition of Procol Harum’s “Whisky Train” and closing the set with Stephen McCarthy for another Gene Clark classic, I Remember The Railroad.”

Throughout the 20th century, train travel conjured up panoramic vistas, romance and adventure. Riding the rails signaled new beginnings and final destinations, a mode of transportation equally suited to hobos and Kings. The music on Americana Railroad perfectly captures those halcyon days. (Although Americana Highway was released on limited edition vinyl for Record Store Day, it won’t be released on CD until June 17th)