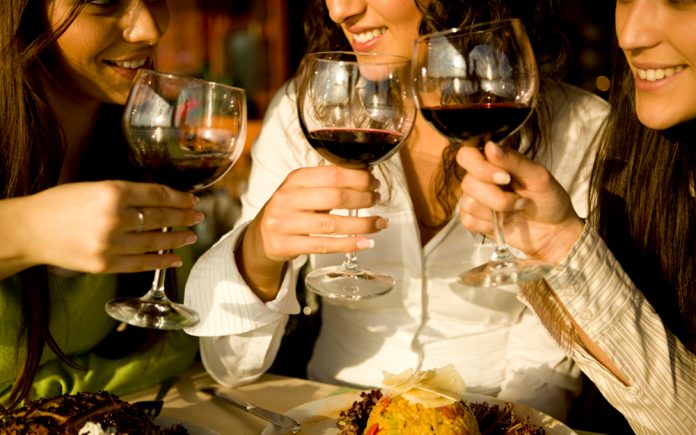 According to last year’s wine stats, as reported by UPROXX, which has the pulse of women in culture, “Of the 172 people who have earned the Master Sommelier title, only 28 are women. When it comes to actual winemaking, the figures are even starker. Of the more than 4,000 wineries scattered across California, only 10 percent operate under the guidance of head winemakers who identify as women. And only four percent of all wineries are actually owned by women.

“As far as creating equal opportunities and the empowerment of women goes, the wine industry—like many others—has been sluggish at best. The problem extends across all sectors of the industry, from winemaking to importing and distributing on down to the sommeliers. Simply put, the industry could use some change.

“There are some folks who are helping increase the visibility of women in wine, like Alexandra Schrecengost—the founder and owner of Virtual With Us, a women-led hospitality company that hosts virtual wine tastings and cooking events for brands looking to entertain prospective clients and boost team-building among employees. Just months after launching a wine-centric company during a global pandemic, Schrecengost has built a team of women who know their vino and are dedicated to fostering a more inclusive environment for people of all backgrounds and identities in the field.

“Change has been a little slow because of the industry itself,” Schrecengost says. “There are a lot of women supporting women, but I think the other side of that is the need for more men to stand up for women in the wine biz.”  Cheers to that!

This CV Weekly Vino Voice column has always been eager to highlight the brave and strong women that play in the game of wine.  Below is a quick reprise of one of the most interesting stories to shine about women winemakers: 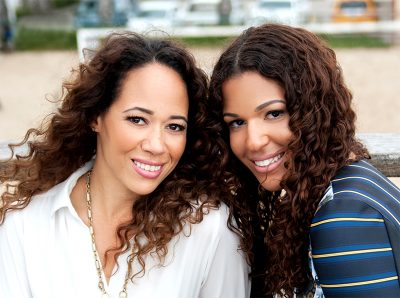 “A couple of years ago, (in 2015) we did an enlightening story on the wine making McBride sisters. The story was especially interesting because although both Robin and Andréa were born in Los Angeles—nine years apart, they were raised by different mothers and without the knowledge of each other.

“The kicker in the story is that both girls individually shared a passion for winemaking growing up in two different but famous wine regions in the world: the elder sister Robin was raised in Monterey, California around coastal tide pools, forests and vineyards, while Andréa was raised in her mother’s native country of New Zealand, where she learned firsthand the art of grape farming from her uncle in Marlborough.

“And it’s quite an account on how the sisters came to meet. Their shared biological father, Kelly McBride, wasn’t around for most of their lives, but before he died in 1996, he asked his family to try and connect the two girls. The request was daunting but as families do, they persisted, even going to the Department of Motor Vehicles of many states and pulling the records of every Robin McBride listed and writing dozens of letters in the effort to connect.

“Their paternal uncle and aunt located Robin’s whereabouts and sent her a letter. Therein she wrote, “I’m your aunt, and I’m sorry to tell you that your dad has passed away, but you have a little sister,’” Robin said, “it was very shocking.” And the day after receiving that letter, the sisters were united for the first time in 1999.

“Brainstorming their shared talents, abilities & goals and combining their 10 years of industry experience, the two embarked in 2010 on a winemaking journey together, launching their own négociant winemaking business.  They were adept to know that wine production—with the right knowledge and contacts—can be made possible with access to vines, vineyard operations, crushing facilities, barrel storage, bottling & distribution.”

Their signature McBride Sisters Collection wines are direct reflections of the terroirs of their youth, with flavors designed for all palates. The fun, fab and eco-friendly SHE CAN canned wine collection and its related SHE CAN Professional Development Fund, are inspired by the endless pursuit of all women who are making their dreams a reality and breaking barriers daily. And the Black Girl Magic collection, Robin and Andrea’s personal ode to their culture and story, is inspired by the magic and resilience of Black women, to be enjoyed by all.

Schrecengost recently wrote, “Sisters Robin and Andrea McBride may have launched their label McBride Sisters Collection to share the joy of wine with drinkers around the globe, but their dedication to female empowerment has put the sisters front and center in the march for change.

“These are women of color that came into an industry that’s predominately male, but they’ve really shown how they support women,” “They have their scholarships and their funding initiatives that women can apply for if they’re starting their own business. They’re trying to support women in the industry by funding them.” Brava to them!

And now on a sad different note: we are all downhearted to hear that Christine Soto, owner of the Palm Springs’ Dead or Alive Wine Bar + Shop, after six and a half years, will be closing the doors at the end of this month. Christine is one of our favorite wise wine gals in the desert.  Her eclectic wine bar was a shining light to bringing natural and organic wine to the populace.

Christine writes, “This business was built on grit, naiveté, and you.  We’ve subsisted off momentum, a lot of good will, and resilience.  I am deeply grateful and want to thank everyone who has ever walked through the doors, joined our wine club, bought wine, said a kind word or offered support.

“There will be no funeral…we prefer to go out with a Celebration of Alive.  Help us to wrap it up with a bow and a bang.”  Christine invites all to come in for drinks & stuff for these last final days in May.