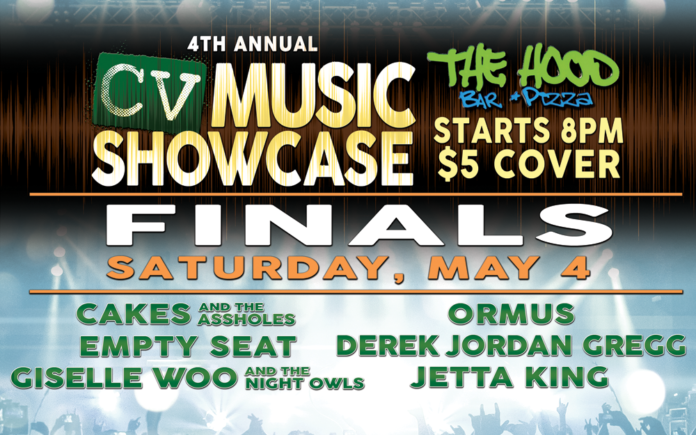 This Saturday night, May 4th, at The Hood Bar & Pizza, 6 bands will take the stage to compete in the CV Music Showcase Finals.

Five preliminary competitions took place at The Hood over the last five months with the preliminary winners being: Empty Seat, Giselle Woo & the Night Owls, ORMUS, Derek Jordan Gregg and Jetta King with the Wildcard pick being Cakes & the Assholes.

The Final Winner will receive $2,000.00 cash provided by The Hood ($1000.00) and CV Weekly ($1,000.00) with a 4 hour studio recording package with David Williams at Melrose Music Studio and a photo shoot with Steven Young Photography.

All of the preliminary judges have been industry people, movers and shakers in the music business, interested in all of the bands and their development. Judges for the Finals include: Arthur Seay, Todd “TK” Killiam, David Williams and Esjay Jones.

With multi-genres represented… this show is not to be missed. I certainly wouldn’t want to personally have to judge this competition; this year there’s no clear winner. It’s anyone’s win! Good luck to everyone! 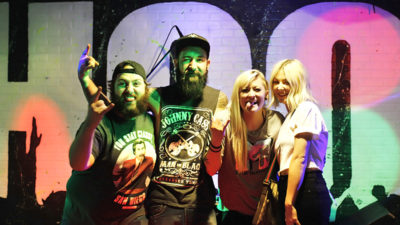 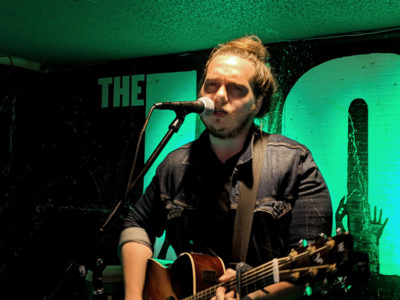 The winner round 4 was Derek Jordan Gregg. He commanded the stage and it was like we were watching a platinum selling artist perform. He saved his hits “Primordial Blues” and “Firewater” for the end, which sealed the deal. His passionate vocals, guitar skills, song lyrics and the stage presence of a consummate professional beyond his years, gave him the win. Here are some comments from the judges.

TK: “I felt like you were way too big for this stage even as a solo act, like I was watching Glastonbury Live.”

David Williams: “I loved your rhythms and your looper pedal. I know you’re young, but it feels like you’ve been on stage your whole life. Your songwriting is amazing and those lyrics will be stuck in my head.” 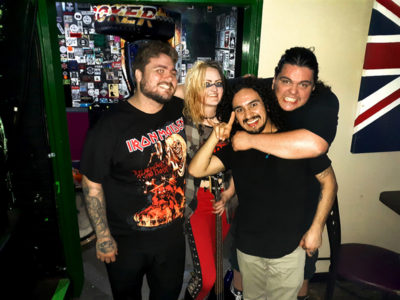 The winner of round 3 was ORMUS. With just 2 points separating them from the runners-up, (Mega Sun), ORMUS brought their A-game and it paid off. With a combination of elements including an extremely versatile and contrasting sound, top-notch musicianship and energy that went through the roof…the cooky, psychedelic, desert, outer-space experience that is an ORMUS show is pretty much a, “you have to see for yourself” kind of situation. Not only were the judges impressed by their solid skills and unexpected transitions, the fact that they have dueling vocalists with extremely contrasting vibes takes you on a trip that you don’t want to end. They pretty much ripped out their own hearts and threw them down on the stage for all to behold and that is precisely why they won. 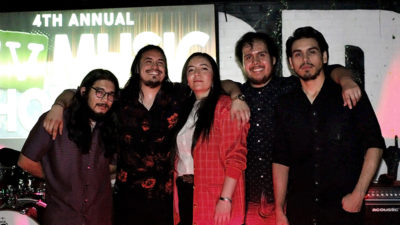 The winner of the round 2 (just 4 points shy from a perfect score) was Giselle Woo & The Night Owls.

Woo delivered crystal clear powerful vocals and was a badass on the guitar. The band is very cohesive and plays to each other well with impeccable timing. Woo is a seasoned frontwoman and knows how to hold an audience in the palm of her hand. Comments from the judges:

TK- “That was such a great performance. You were all amazing.”

Lynn- “I loved your chemistry. Your guitar player was able to step up and shred and then give you your space to do the same.”

David- “You were all having such a good time. The musicianship was beautiful. I loved the percussionist. You guys are big stage concert ready.” 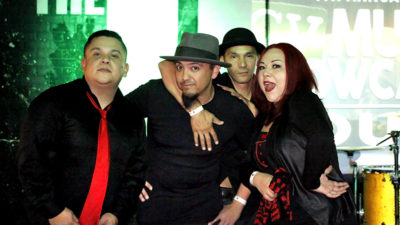 Taking first place in the 1st, preliminary round was Empty Seat!

Fronted by a dynamic singer/songwriter who is as sassy as she is talented, Erin Ferrer, AKA, “Red,” dazzled the audience and judges alike with her beautiful yet powerful vocals and dynamic interaction with her bandmates and the crowd. Although relatively new to the Coachella Valley, Empty Seat has been together as a band in one form or another since around 2002 and it shows not only through the quality of musicianship, but the sheer cohesiveness they display as a band. Originally based in LA County, 2 of the band members transplanted to the desert while the other 2 are spread out between LA and Hesperia, their obvious dedication to their project is now reaping the rewards of their growing recognition as a force to be reckoned with on our beloved local music scene. Empty Seat has hit the ground running and I for one can’t wait to watch them take the valley by storm. 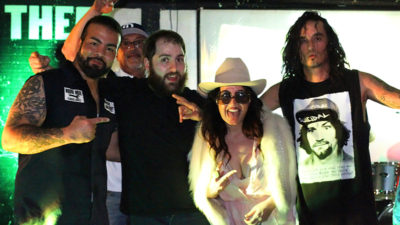 CAKES & The Assholes- Monica Morones is a sultry, charismatic frontwoman. Nick Hales (Sleazy Cortez and a slew of other bands) is a beast on the guitar and let loose like I’ve not seen him do in such a way before. It was fun to watch. With Aaron Ramson (Perishment) on bass and Joshua Fimbres (Thr3Strykes) on drums this band is definitely of “Supergroup” status. Comments from the judges:

TK- “That performance was badass. The vocals were great and the band was tight.”

Lynn- “You guys rocked it! I loved your original songs and you have a great stage presence.”

David- “That was an electric performance. The guitar player took me back to Hendrix. Very strong drummer too. I was impressed.”