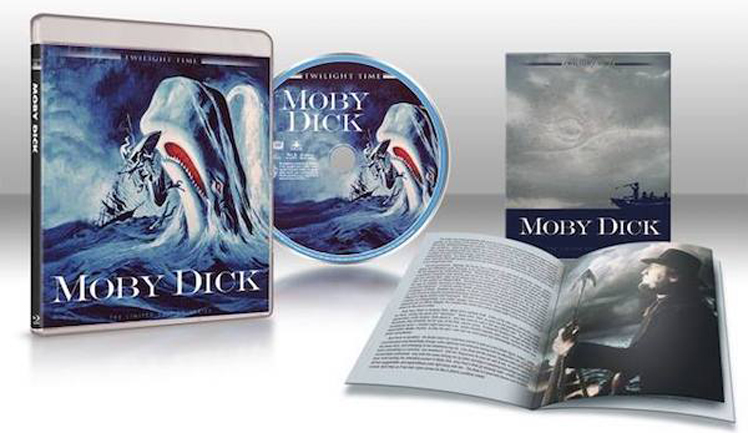 For its 60th anniversary, John Huston’s lauded adaptation of Herman Melville’s mighty sea saga of obsession and madness debuts on hi-def in a presentation meticulously retimed referencing an archival Library of Congress print to restore the silvery, desaturated color scheme originally intended by Huston and acclaimed British cinematographer Oswald Morris.    The goal was to create a cinematic palette that was a perfect reflection of Melville’s “damp, drizzly November in my soul.” Modeled on the 19th-century aquatints that brought the adventures of contemporaneous whalers to an eager-for-sensation general public – the very sort of images on view in the film’s title sequence – this is a visual style that is not just distinctive, but revolutionary: not so much sepia as silvery, and on occasion so bled of color that it resembles black-and-white documentary footage. The overall effect is haunting – and, like Melville’s book, as representative of an interior mindscape as it is of the exterior seascape.

Ray Bradbury collaborated with Huston on the exquisitely crafted screenplay that retains much of the poetic power of what many scholars consider the greatest of all American novels.

I knew Bradbury and got the impression that he was peeved at Huston demanding co-screenwriting credit.  Watching the movie again, I recognize Bradbury’s touch in creating a world in which an obsessed madman is determined to hunt down at whatever cost the titular Great White Whale, a potent symbol of all the unstoppable evil in the world.  But Captain Ahab (a terrific Gregory Peck) is clearly challenging and blaming God Himself as the force behind his misery and madness.  Thankfully, the literate screenplay is faithful to Melville.

I loved the look of the cold gray world of the story and life in the New Bedford seaport of the early 1800s.  Besides Peck, the wonderful cast features Richard Basehart, Leo Genn, Orson Welles and of course one must mention Friedrich von Ledebur as Queegqueg.  Blu-ray.   Twilight Time Movies, Limited Edition.  This one is selling fast and will soon be out-of-print.   Strongest recommendation. 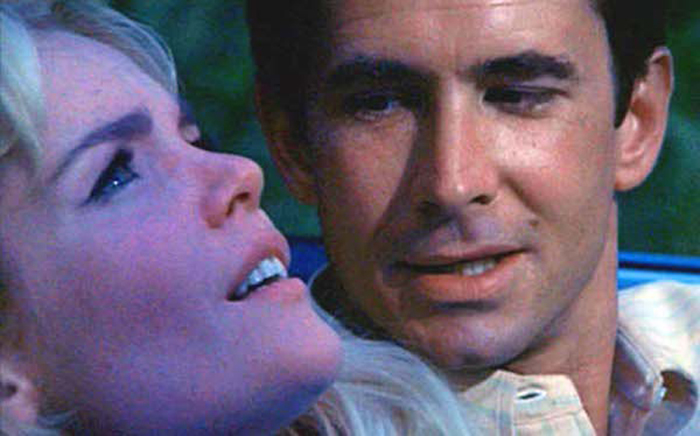 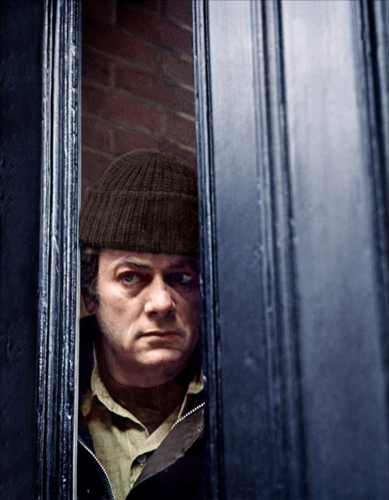 Tony Curtis’s daring, image-busting performance as suspect Albert DeSalvo drives director Richard Fleischer’s gritty, ripped-from-the-headlines police and procedural about the desperate hunt for a serial killer still packs a wallop.  Variety called it “a triumph of taste and restraint. I think the thing that most makes the movie work is the compelling, low key, semi-documentary style.  Certainly Fleischer’s tight direction and the faithful adaptation (in structure and spare dialogue) of Gerold Frank’s best selling book is a big plus in recounting the real-life case of a killer who terrorized Boston, murdering many women and defying the best efforts of a special division headed by John S. Bottomly (Henry Fonda) to catch him.  Then the police zero in on DeSalvo, a seemingly “normal” family man who appears to be suffering from a “split personality” as it was called at the time. For me, the climactic scene is the pinnacle of Curtis’s acting career.  Blu-ray.  Twilight Time Movies.  Limited Edition.