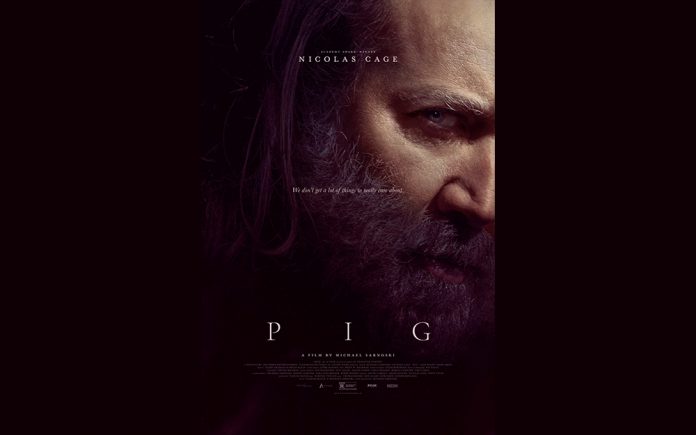 The less you know in advance about this melancholy, almost spiritual tone poem the better the viewing experience. 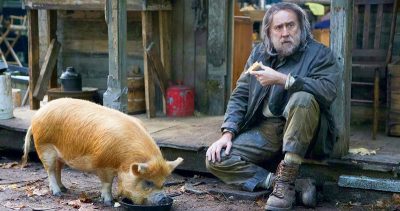 The basic plot centers on a truffle-hunting Oregon recluse (Nic Cage) who lives in a ramshackle shack in the Pacific Northwest woods with ho phone or shower who returns to Portland’s high-end culinary world – where he was once a famous chef — to find the thief who stole his beloved pig.

That simple plot’s absurd premise may give the impression that this is a goofy revenge thriller with Cage doing his familiar over-the-top riff a la John Wick or Jack Reacher. 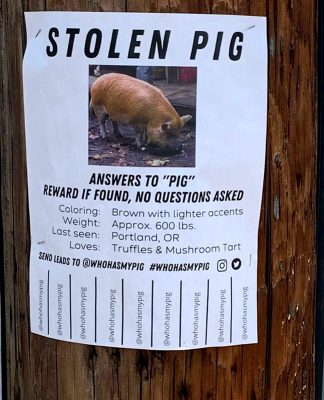 In fact, director Michael Sarnosky’s feature debut is not really about finding a missing pig at all.  No, this most unexpected film is actually a strange character study about an all-is-lost hero who abandons the pursuit of financial gain and material wealth as he processes his loss.  But beyond dealing with loss and grief, this film is about food, creativity, art, and our human connection.

An argument can be made that its also a not so sublime cinematic diatribe about the rot of commercialism, making it a provocative viewing experience – an antidote, really – for a post pandemic audience numbed by movie junk and the lack or intelligent big screen fare.

This may be Cage’s best performance.  Sublime, visceral and haunting.  It’s probably the best new film now showing (in theaters).

Check local listings.  We saw it – our first film in a theater in over a year!  — at the Pickford in Cat City.