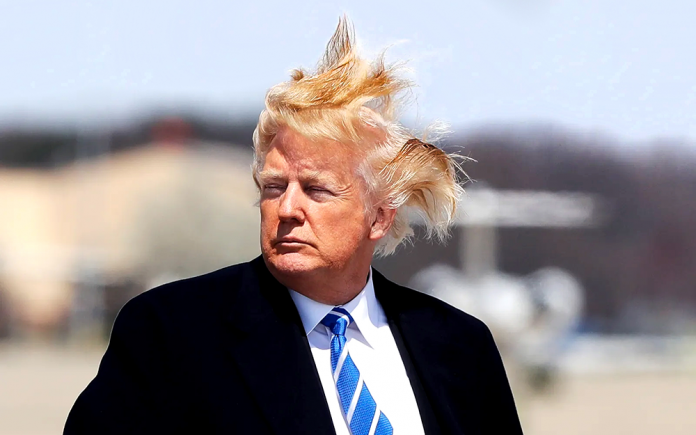 Most lay the historically poor underperformance by the GOP in the mid-terms at the feet of former President Donald Trump.  Despite a $100 million war chest that Trump had raised that cannot be spent on his own campaign, he contributed very little to the election efforts of Republican candidates.  In contrast, Mitch McConnell pumped more than $200 million into the midterms to help get Republicans elected.   When you add to that the 2020 election denying fringe candidates that Trump helped in the primaries and you can see why most in the GOP blame the poor performance on Trump.

As Trump senses his loss of influence on voters and the Republican Party, Fox News and other once supportive news outlets, he was quick to remind people that he is smarter than us with this post on Truth Social:

“Remember, I am a Stable Genius.”

Given the wanna-be emperor’s proclamation, let’s go down memory lane and revisit some of his other Bizarro-world statements.

In a 2009 GQ issue, Trump said, “My wife says I’m the biggest star in the world.  She might just be saying this because she’s intelligent.”

Thinking back throughout history, I do not remember Albert Einstein reminding us about how smart he was smart decade after decade.  I think Einstein proved his intelligence through his actions.  Or maybe not.  Einstein only had theories, he never built anything.  Probably a loser.

“The concept of global warming was created by and for the Chinese in order to make U.S. manufacturing non-competitive.”

I think what this Stable Genius is trying to say is that the majority of global warming occurs because of industrial activity in “Ch-gina” where they do not have the same environmental restrictions as us.

Despite laws to the contrary, Trump believes that he can declassify a document by simply thinking about declassifying a document and never documenting these thoughts.  At the same time, he must have also waved a hand that allowed the taking of some of our country’s most secret information as something that he could keep for his own purposes.  On taking the documents illegally:

Most people are hoping that we have sane options to President Biden or Trump in the 2024 Presidential race.  On the Republican side, it looks like Governor Ron DeSantis of Florida has the mass appeal, youth and lack of baggage to make him a safe and sane option.  Sensing a loss of his grip on the Republican Party, Trump said this:

That harsh statement was said just prior to election day.  It is as though, this Stable Genius wanted to reduce DeSantis’ margin of victory.  Just before the mid-terms, Trump said this:

“I will tell you things about him that won’t be very flattering,” said Trump to Rupert Murdoch’s The Wall Street Journal.  “I think if he runs he could hurt himself very badly.”

The core problem with Trump is that he is a selfish narcissist who cannot behave in a civil manner and does not care about anyone other than himself.

Let’s take a brief look at some inappropriate personal attacks on people:

On Samuel L Jackson: “Cheats” at golf and is “not athletic.” “Does too many TV commercials – boring.”

On Don Lemon’s interview of LeBron James: “He made Lebron look smart, which isn’t easy to do.”

The leader of the United States and the free wheel needs to behave better than this.  As a country, we must do better than Donald Trump.  It is time for all of us to cancel this self-serving probable crook who has no respect for democracy.  We can and must do much better.