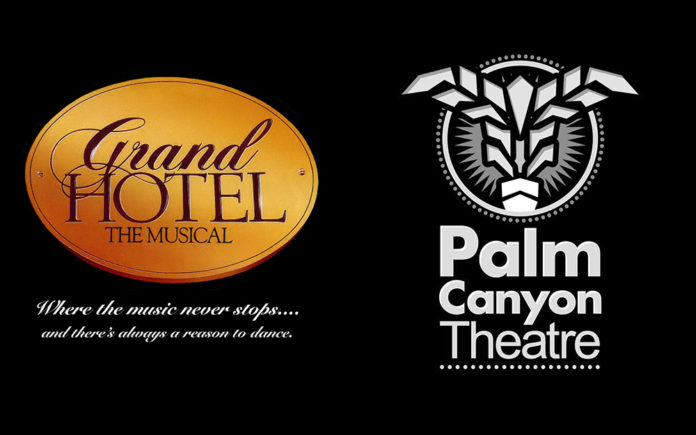 In 1928, the world was in its happy place. It had survived WWI, Hitler was not yet a threat, Micky Mouse made his film debut, sliced bread hit the market and the stock market crash (triggering the great depression,) was still a year away. Berlin, Germany had become the third largest municipality in the world and was experiencing its heyday as a major world city.  So, it was no surprise that Vicki Baum’s novel and stage play, Menschen im Hotel, (People in a Hotel,) set in 1928 Berlin, achieved great success in its depiction of the aristocrats, and their secrets, who frequented the extravagantly posh establishment known as the ‘Grand Hotel.’  The Hollywood Academy Award winning screen adaptation debuted in 1932, starring Greta Garbo, Joan Crawford, John and Lionel Barrymore.  Sixty years later, in 1989, a Broadway musical adaptation of the story hit the stage.  With book by Luther Davis, Music & Lyrics by Robert Wright, George Forrest and Maury Yeston, Grand Hotel, The Musical received 12 Tony Award nominations and won five of them.

Palm Canyon Theatre’s production of this classic show had me feeling like I was sitting in a Broadway theatre.   At rise I was immediately captivated by J.W. Layne’s set Design. A simple and elegant framing of the Grand Hotel that transformed and pulled me in to the story as the revolving door began to admit entrances and introductions to the cast of guests who frequent this upscale establishment.  Colonel-Doctor Otternschlag, (Michael Wellborn,) is a disfigured WWI Veteran and permanent resident of the Hotel.  He narrates this tale from his cynical perspective of nothing ever happening, while a great deal goes on around him.

Se Layne’s performance as Elizaveta Grushinskaya, a world famous prima ballerina who has passed her prime and is literally struggling to find her footing, set the tone for this very human drama. Layne’s amazing talent once more demonstrates why she is always a leading lady. Elizaveta’s personal assistant, Raffella, (Adina Lawson,) has spent 22 years serving the ballerina while denying her own struggles of an unrequited love for Elizaveta. Lawson’s performance is beautiful and tragic in presenting Raffella’s unwavering devotion for a woman who will never share her feelings.

Terry Huber as Otto Kringelein, a fatally ill Jewish Bookkeeper who has sold everything he owns so that he could spend his final days living in luxury, is one of the bright spots in these waning days of glory, drama. Huber is personable and authentic in his role as a man who wants to drain every drop of living out of his life.  Felix Von Gaigern, (Ben Reece,) is a young, handsome, but destitute Baron, who squandered his fortune and is willing to go to any length in order to maintain his upscale lifestyle.  Herman Preysing, (Donald Kelly,) was an honest businessman until desperation took control of his integrity, and Flaemmchen, (Allegra Angelo,) a young typist in a bad situation and filled with dreams of Hollywood.

This is a big cast that is bursting with talent.  Se Layne’s wonderful choreography greatly contributed to the elegance of the dance numbers, often reflecting a ballet, fitting with the character she portrayed.  Derick Shopinski, performed as Rohna, the Hotel Manager as well as serving as the show’s costume designer.  Both roles showcased Shopinski’s range of creative abilities.

Although, Grand Hotel, was a limited run, closing on April 14th,  Palm Canyon Theatre continues their classic presentations with, The Diary of Anne Frank, April 25th through April 28th.