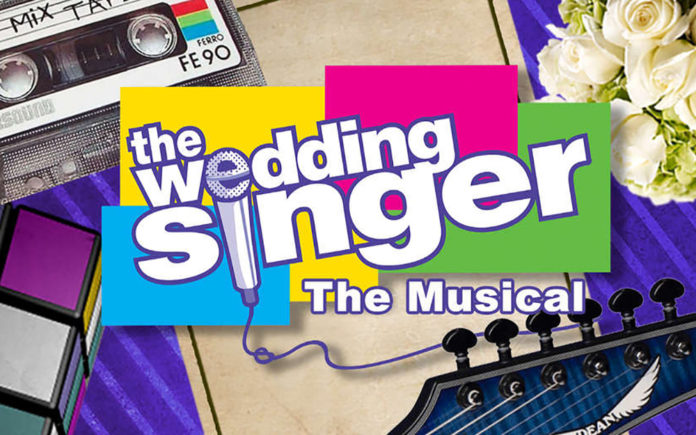 In the year 2006 while Google was busy purchasing YouTube for 1.6 billion dollars and Pluto was being downgraded from a planet to a dwarf planet, Matthew Sklar (music) Chad Beguelin (lyrics & book) and Tim Herlihy (book) decided to open their mediocre musical, The Wedding Singer.  The musical was based on a mediocre 1998 film by the same name and proved to be just as predictable and uninspiring.

The Palm Canyon Theatre’s current production of The Wedding Singer, directed and choreographed by Anthony Nannini, proves that even talented actors can’t always save a dull script.

While 1980’s TV might have produced some seriously memorable shows, The Golden Girls, Cagney and Lacey, Roseanne and The Cosby Show, the music was a bit over synthesized and the fashionable parachute pants did not survive the test of time.  But it is the era of Boy George and Cyndi Lauper that provides the backdrop for Robbie Hart, the Wedding Singer, who lives in his grandmother’s basement in New Jersey and makes a living serenading lovers on their blissful day of matrimony.  Robbie, (Shafik Wahhab,) gets dumped at the alter and his broken heart propels him on a self-pitying journey, wrecking havoc on his career as a Wedding Singer and ruining the happiness of others on their most important day. Time seems to quickly heal all wounds, as he finds himself attracted to his friend Julia who, fortunately for Robbie, is engaged to a two-timing jerk.  Unfortunately the plot is predictable and most of the music forgettable.

I wasn’t sure why the Orchestra was placed on stage, rather than in the Orchestra pit, (usually off stage right).  David Bronson (Drums) John Pagels (Guitar) Bill Saitta (Bass) and Jaci Davis (Piano/Musical Director) are wonderfully skilled musicians and I frequently found myself watching them as opposed to the actors. 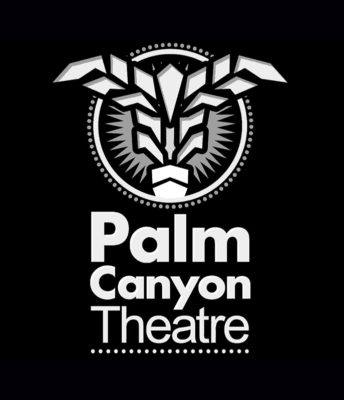 The saving grace for this show was the performers.  Palm Canyon Theatre has one of the most talented ensembles in the Desert.  Alisha Bates (Holly) and Elizabeth Schmelling (Julie) captured the audience every time they entered the stage.  Both actors have exceptional singing voices and were captivating in their performances.  Elissa Landi as Rosie and Christian Quevedo as Sammy were two supporting roles that brought talent and levity to the show.  Derik Shopinski’s costumes always seem to be a beacon of light in any production he is a part of.

This has been an overall exceptionally strong season for the Palm Canyon Theatre with their hit shows such as Gypsy and Sister Act.  And their next season, which kicks off in September, is promising to be equally entertaining.

Rodgers and Hammerstein’s “Oklahoma,” Albee’s “Who’s Afraid of Virginia Wolf,” and Lopez, Marx and Whitty’s, “Avenue Q,” are just a few of the Broadway sensations that will be staged.  (Check out their website for a complete list of upcoming shows for next season.)