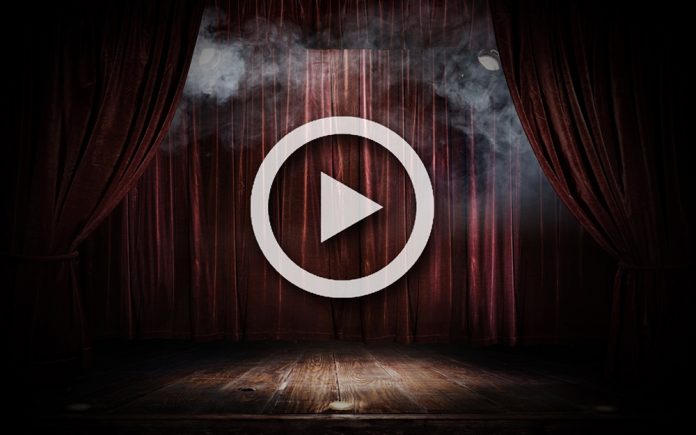 Southern California has most often been thought of as the home of film.  Hollywood Studios and even the Coachella Valley became popular, because it was the destination for many film stars.  Studios required that actors stay within a two-hour drive incase they were needed on set and so Palm Springs became the perfect get away.  Yet in the shadows of film studios, the live performing art stages grew and prospered and rivaled their New York cousins.

Those that love theatre and have incorporated the performing arts into their regular life style will tell you that they may love film, but there is nothing like being in the audience of a live show.  Unlike watching a movie, live stage shows inspire all of the senses.  Sight, sound, touch, smell and taste.  The audience is an integral part of the whole theatre experience.

One of the many challenges that we are facing now in this age of Coronavirus and social distancing is that most of our life experiences have become two dimensional.  Not just films and TV shows, but even stage performances are being watched on a screen.  In this digital age our online social interactions are flat and without the depth that a three-dimensional experience offers.    We have been forced to reduce the use of all five senses and rely mostly on sight and sound.  We are no longer observers or participants in the three D realm of the performing arts, riding the emotion and the action of live characters titillating all five of our senses.  Instead we are restricted to staring at a flat screen, therefore it is no wonder that we feel a great sense of loss.

Dimensions are used to describe the structure of an object — whether it’s flat or not — and its extent in space. A dimension in geometry is defined as the number of coordinates needed to specify a point on the object.

Although we live in, move through and see a world of three dimensions, most of the representations of that world have become two-dimensional. We view drawings or photographs on flat paper or computer screens. Social interactions are without a sense of touch.

Theatre is a nurturing art form. The best of theatre productions have adequate rehearsal time, cast bonding, time to read the script, become intimately knowledgeable of the story and its characters. Stage actors become familiar with their roles slowly and by the time they perform publicly, they have practiced dozens of times and they are presenting characters that will interact with a live audience. Even depending on that audience for energy and motivation.  A film is a visual art that is normally viewed by a two-dimensional method.  A stage play is a performing art that becomes stifled when forced into a two-dimensional presentation.

This dimensional limitation has forced theatre artists to become more creative.  Visit the sites of the desert theatres and you will see that despite the limitations forced on them without warning, they have done what all great thinkers do, they have adapted.  Whether this change will be integrated for the duration or only out of temporary necessity, remains to be seen.  But the love of the art has taken theatre professionals to new levels of performance.  Integrating a three- dimensional craft into a two-dimensional world.

I have felt that my senses are being deprived.  Craving the live theatrical fix that has been so much a part of my life for so long.   But they say that the key to longevity is the ability to adapt to change.  And no doubt what has kept theatre alive for two thousand years is that it evolves with the necessity of the times.