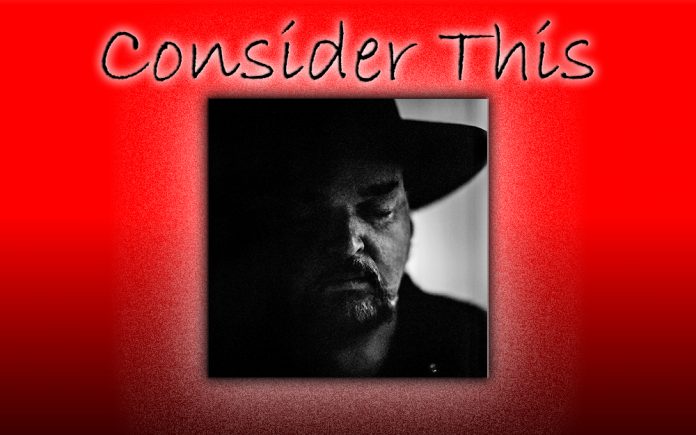 That’s Alain Johannes, speaking to his late wife, his forever muse, Natasha Shneider on the song “Hallowed Bones,” off his new album, Hum.

Alain Johannes grew up steeped in music. His mother, Rommi, had been part of an international Pop trio, with her brothers, Peter and Alex, and shared stages with British Invasion stalwarts like the Animals and the Rolling Stones. Peter put a guitar in Alain’s hands when he was just four years old. Born in Chile, he spent most of his childhood in Mexico City. It was there he discovered the Beatles and he began collecting their ‘45s. Their Rubber Soul became a major influence, conveying the power of a full-length record.

Just as puberty struck, Alain, along with his mother, younger sister Karina and adored Grandmother, moved to Los Angeles. It was there he sidelined early infatuations like World Cup soccer and Horror movies, and became obsessed with bands like Yes, Led Zeppelin, and most especially Queen. 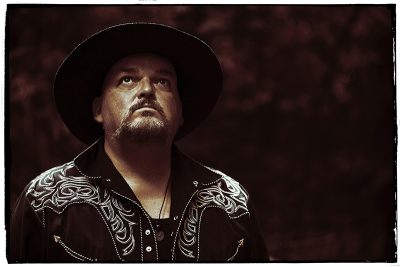 By the time he was attending Fairfax High School, he connected with Hillel Slovak and the pair formed their first band with Jack Irons on drums and Todd Strassman on bass. Typically, they went through a series of names, Chain Reaction, Anthem, then Anthym, before landing on What Is This? Pretty quickly, they replaced Todd with fellow classmate, Michael “Flea” Balzary. Flea was already an accomplished trumpet player, but had never really played bass. Hillel taught him the basics and soon the band was booking shows. A hyperactive fan named Anthony Kiedis became their roadie.

Following graduation, What Is This? began gigging around L.A. They found a home in the thriving music scene and built a loyal, homegrown following. Around the time they released their first EP, Squeezed, Hillel and Flea began a side project with Anthony that ultimately became the Red Hot Chili Peppers. Right as What Is This? inked a record deal with the MCA label, RHCP signed with Enigma a Punkier imprint of EMI/America.

In 1985, Hillel joined the Chili Peppers full-time. A few months later, What Is This? released their self-titled debut, but by the time they issued a second EP, Alain’s focus had shifted. He met the love of his life, Natasha.

Born in Latvia, Natasha had grown up behind the Iron Curtain. She started playing music as a child, in state sponsored orchestras. She was classically trained, but she was a huge Soul/R&B fan. The U.S.S.R. had such a stranglehold on art and culture that she defected to the United States in 1976. Three years later she made it to Los Angeles and wound up signing with Motown Records. Her band, Black Russian, was the first Soviet band signed to an American label. Not long after the release of their 1990 debut, they quietly disbanded. 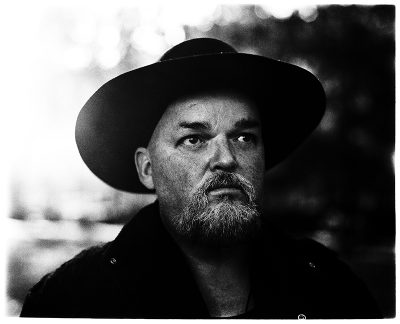 In 1993, Eleven was the opening band at Pearl Jam’s historic concert at Indio’s Empire Polo Club. (That show became the impetus for the Coachella Festival). Five years later Soundgarden front-man Chris Cornell invited Alain and Natasha to produce and play on his first solo album. Released at the turn of the 21st century, their collaboration managed to unleash the Grunge God’s inner Beatle.

Once the couple had recorded and toured with Chris, Alain and Natasha became a hot commodity. Suddenly every musician of discernment required their magic touch. A chance encounter with Josh Homme led to Alain mixing Queens Of The Stone Age’s epochal Rated R album. For the next several years, the pair’s skilled musicianship as well as Alain’s production prowess strengthened albums by No Doubt, Masters Of Reality, Mondo Generator and Eagles Of Death Metal.

When Nick Oliveri left QOTSA, Alain was slotted in on bass and Natasha was added on keys. They added their sui generis sound to three albums, Lullabies To Paralyze, Over The Years And Through The Woods and Era Vulgaris.

Their fortunes shifted in 2007, when Alain’s mom, Rommi, and then Natasha, were diagnosed with cancer. Natasha lost her battle a year later, passing away in 2008. Rommi hung on, fighting valiantly until she too succumbed in early 2014. Bereft, Alain assuaged his grief by diving deeper into work. He produced and played on Brody Dalle’s post-Distillers project, Spinerette. With Josh Homme handling production, he engineered the Arctic Monkeys’ third album, Humbug.

In 2009, Josh, Foo Fighter Dave Grohl and Led Zeppelin bassist John Paul Jones formed a super group of sorts, Them Crooked Vultures. Alain was an essential part of the recording process for TCV’s self-titled debut. When the band hit the road, which included a headlining date for the 2010 edition of Coachella, he became a de facto band member, adding rhythm guitar and keys.

That same year saw the release of his solo debut, Spark. Playing every instrument himself, the album was a haunting tribute to Natasha, a baroque treatise awash in beauty and sadness. The next few years kept him busy behind the boards producing albums for Mark Lanegan, Jimmy Eat World, as well as Brody Dalle’s solo debut. He was an integral part of Dave Grohl’s lovely Sound City documentary, playing and recording with luminaries like Stevie Nicks, Rick Springfield, Lee Ving, Krist Novoselic, Pat Smear and Paul McCartney. The film’s soundtrack won two Grammies.

Alain briefly returned to the spotlight with his second solo album, Fragments And Wholes, Vol. 1., which arrived in late 2014. Literally a one-man band, he played all the instruments on every track. Moodily magnificent, the title referred to the recording process. Alain would record fragments and song ideas on his phone and give himself a day to flesh out the arrangement and instrumentation and then press record.

Most recently, Alain has become a sought-after film and television composer. In 2016/17, joined his old pal PJ Harvey, as the guitarist for her touring band. He also added guitar to her ninth album, The Hope Six Demolition Project. At the same time, he was dealt a couple of heavy blows, first his Uncle Peter died in 2016, then he was completely jolted by the sudden death of Chris Cornell the following year. Still, he continued to work. It all caught up with him in late 2019.

Following a lengthy tour, Alain returned home and became seriously ill. Bedridden from November to February, the diagnosis for his ailment, wavered between bronchitis and pneumonia, but it could just as easily been Coronavirus. Antibiotics weren’t helping, breathing treatments finally assisted his recovery. While he was flat on his back, he was flooded with thoughts of Natasha and Chris, as well as his own mortality. Once he was up and around, he began recording. Hum was completed in 12 days.

“Mermaid’s Scream” opens the album with a flourish. The melody and arrangement land somewhere between a taqsim and a tone poem, Alain’s anguished vocals are offset by a blend of rippling Portuguese guitar, dour baritone and fretless ebow, shaman drum and prickly percussion. Lyrical imagery was inspired by the stark 2019 film, “The Lighthouse.” Still, it’s clear lyrics like “As your voices ring out, like a mermaid’s scream, I’ll keep watch in the fog” are aimed at Natasha and Chris. The haunting backing vocals are meant to mimic the sound of their voices against the crashing waves.

Because Alain is such a protean talent, his music can shift with kaleidoscopic alacrity. Take “Someone,” which is pared down to his warm tenor, descending acoustic arpeggios and some fretless ebow. Bereft and mournful he confides some of his spark has extinguished; “Someone took the flame and ran, all the way past hell and heaven.” On the sweetly pastoral chorus he addresses the source of his psychic wounds; “It’s You, turning the sign around, You, holding the strings above, You, making it harder still, pretending it’s harder still.”

The same sorrow is on display on “Sealed,” but the melody, instrumentation and arrangement take a hard left turn. A maelstrom of slashing power chords are achieved by layering tricone resonator guitar, drone guitar and electric guitar over a see-saw beat of frame drum, shaman drum and shaker percussion. The vocals are bleak and sepulchral matching the dirge-like melody. On the break, guitars are hollowed-out and menacing, as clusters of chords scorch and scratch over reliably strummy rhythm guitar. The final verse is a pure cri de Coeur; “I will hold you tight my love, and your pain I’ll swallow whole/In my eyes you’ll see it all, be it all, be it all.”

Because this album was being recorded almost as quickly as the songs were written the best cuts have a power and immediacy that is both forceful and and intriguing.  That begins with the title track which is powered by sun-dappled Portuguese guitar, tricone resonator, fretless ebow and sustainer guitar. Udu drum and shakers provide a quietly persistent percussive kick. The arrangement echoes the flavor of British Folk progenitors like Pentangle, as well as the more contemporaneous sound Sun Kil Moon architect, Mark Kozelek. Lush and ethereal, grief and optimism quietly coexist; “A dead world turning inside out, and in my hope a quickening/Invisibly your saving hand, as I survive this slipping land.”

Alain mentally constructed “If Morning Comes” during the darkest depths of his illness. The industrial clank of instrumentation locks into a kind of relaxed Tsiftateli groove, typically found in Greek and Turkish music. Dense and hypnotic, fractious guitars skronk and squall. Pondering his own mortality, he barters for each day; “If morning comes, I will kneel to the sun, a silent prayer in your name and carry on.” A quicksilver guitar solo unspools on the break, supplicating, davening, summoning his strength. The song’s final verse, “A perching crow quoth ‘time to go,’ no yesterdays’ worth one today, just so you know,” seems to signal that despite all his loss, he’s choosing life.

Although the instrumentation on “Free” is bare-bones, just Alain on his cigar box guitar (a.k.a. the CigFiddle), he manages to elicit a surfeit of sounds from his rectangular source. Over a persistent hum, cascading notes bend and meander cocooning the wistful melody, and deftly blunting the inherent melancholy. Here, the lyrics feel as though a page has been turned; “All of these haunted days belie, holding ‘em tight as they wane, why?” If he begins to let go, he asks, “will I find that I’m truly free…,” the final verse holds the answer; “I turn and walk away, and I follow the desert wind, so I lose myself, as I find that I’m truly free.”

Other interesting tracks include “Here In The Silence” and “Nine” which appear back-to-back on the record. The former is the sweetly Beatlesque, echoing the “Rubber Soul” era. The latter is anchored by a kinetic pulse, spectral guitars and brittle bass lines. A wiggly, whipsawing electric guitar solo unravels on the break before Alain quietly intones; “I received a message from my number nine”

The album closes with “Finis.” Sawing guitars cantilever atop bowed banjo, sarangi and shaman drum. The lyrics offer a last ode to Natasha’s strength. Singing directly to her, Alain promises “All that we’ve started and gave me to tend, all that we started, I’ll see to the end…my heart won’t let you down.” He has made peace with the fact that journey they began together, he must finish alone. It’s a sharp denouement to brilliant record.

Despite all the sturm und drang, there’s a lightness and sense of spirit that seems to envelope Hum. The heartache and loss is accompanied by a feeling of gratitude. This is Alain’s most assured solo effort to date, suffused with grit, grace and gravity.