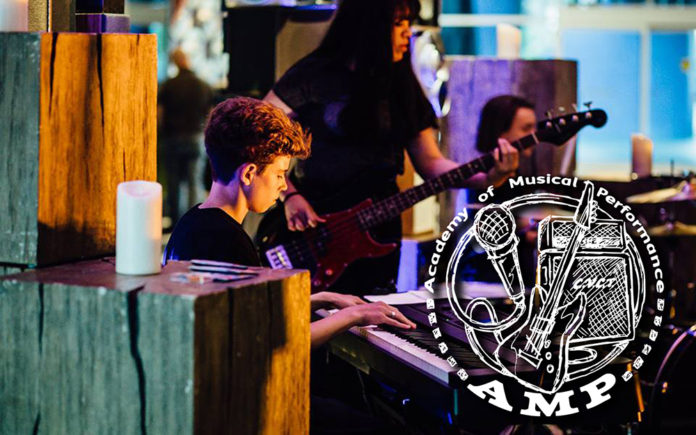 Academy of Musical Performance (AMP) announced their summer camp lineup of 36 young musicians which includes 14 who will be new to the camp. They are from 13 Coachella Valley schools and 2 who are home schooled. The following list includes the grade they just completed:

Also new to the camp this year are 4 new instructors. Introducing Briana Tyson, a Nashville songwriter and vocalist, originally from Orange County; Coachella Valley native Tomas Granillo on drums and percussion who is the Music Director for the Boys & Girls Club Heatwave Jazz and Show Band; Nashville singer, songwriter and producer Noah Needleman who is internationally known for his work with Brett Young as well as original compositions featured in the 2016 Summer Olympic Games; Guitarist and Songwriter Don Reed who has been teaching and recording for over 40 years with over 100 recording projects and is the head of the Songwriting Department at Idyllwild Arts Academy. 6 returning instructors, Deanna Bogart (piano, vocals, tenor sax); Abie Perkins (vocals, piano, sax, sound production); Humberto Vela (drums, percussion); Bill Saitta (bass); Calvin Williams (guitar) and Alex Rogers (guitar, drums, bass, music productions, recording) along with AMP’s Music Directors Bob Hamilton (guitar, banjo, curriculum coordinator) who has been on tour with International sensation Post Modern Jukebox and Will Sturgeon (vocals, guitar, bass, drums, production, songwriting, curriculum coordinator) whose band Brightener played at Coachella Music and Arts Festival and is currently completing his Masters of Music Education from Boston University. You can read more about the AMP staff online at www.ampcv.org/staff

The summer camp will run 4 weeks from June 26 – July 21, 2017 with a showcase performance open to the public at Shadow Hills High School in Indio on Saturday, July 22, 2017 at 4 p.m. Limited tickets will be available on the AMP website: www.ampcv.org

AMP is a music education program whose goal is to enrich the lives of young musicians living in the Coachella Valley by fostering productivity and social responsibility through creativity, communication and collaboration in the development and enhancement of musical performance and concert production skills through participation in a “rock band” style educational setting. AMP is known for its outstanding summer program, featuring the Valley’s top musicians teaching, in small rock band format, the top young musicians in their performance and concert production skills through rehearsals, workshops, individual instruction, and live performances. Due to high demand, AMP has added an after-school program to continue the rock band education and experience throughout the school year. The program was created in 2015 by a committee of volunteers involved with Coachella Valley Community Trust, and is made possible by seed funding from Goldenvoice. They are undergoing the process of creating their own 501(c)3 with its own board of directors, separate from CVCT. For more information about Academy of Musical Performance visit www.ampcv.org or call 760-537-5AMP (5267).