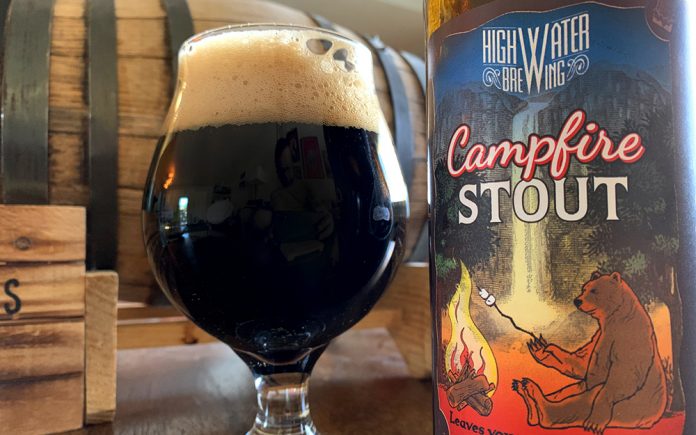 Look, I’m not precious about beer, I promise. Even the Bavarians with their Reinheitsgebot, that was as much about big-bread lobbyists (In 1516 even, who would have thought?) making sure that brewers stuck to brewing with barley and left wheat alone, ensuring that there would always be plenty of wheat for bread making; the German beer purity law of 1516 was as much about that as it was about keeping cheap adjuncts out of beer. Depending on where you get your information, pro- Reinheitsgebot advocates will tell you that the idea of banning adjuncts from beer came purely from the virtuous want of consumer protection. According to the official Reinheitsgebot webpage, “some very dubious ingredients were regularly mixed into beer, such as henbane, thorn-apple, wood shavings, roots, soot or even pitch. It didn’t really matter, as long as the appearance, flavor and the intoxicating effects were convincing enough. At times, serious blunders were also made in the selection of some of the more intensely aromatic and flavorful additives. If a brewer miscalculated with some of these ingredients, at the very least, his guest might have been overcome by malaise; at worst, the sip of beer would become his last.” I mean, I see what they’re saying, because I feel that same way about brewers putting whole frozen pizzas and actual money in their beer. Big Ass Money Stout by Evil Twin Brewing, is perhaps the gimmickiest beer of all time, and I almost gave myself a stroke by rolling my eyes as hard as I did when I read about its existence.

But not all adjuncts are dangerous, stupid or cringey; using simple sugars in beer has remained a hallmark of Belgian-style brewing for centuries. In brewing terms, an adjunct is any kind of fermentable sugar that’s not a malt; the word malt referring to malted barley. Because big companies like AB InBev and MillerCoors brew lagers laden with huge portions of rice and corn as a means to cheapen production costs, early craft brewers prized themselves as modern purveyors of the Reinheitsgebot, brewing pale ales and stouts made with water, hops, barley, yeast, and nothing else. While many delicious beers are made with those simple ingredients, no intriguing beers are made that way. Let’s face it, progress means that nothing stays the same for long, and it was only a matter of time before craft beer started to incorporate adjuncts back into beer, as a means to literally spice things up a bit.

Corn Sugar is probably the most commonly used adjunct in craft brewing and one that’s not widely talked about, lest the gate keeping craft puritans of the internet have another reason to keep smugly preening. I’ve read comments by the craft drinking elite that Dogfish Head beers are inferior because of the amount of corn sugar used in their high alcohol brews. Do you know what famously made IPA uses corn sugar as an ingredient? Pliny the Elder. That’s right, you all-malt misanthropists, dextrose is used in many double and triple IPA’s to lighten the body and promote attenuation in the same way that Belgians use rock candi sugar in their beers. Honey, agave nectar, maple syrup, and molasses are all commonly used in craft brewing as well, with all of those sugars adding flavor as well as alcohol. One of my favorite adjuncts in beers has come to be the marshmallow.

Marshmallows are made from four ingredients: Sugar, water, air, and a whipping agent/aerator; usually a mixture of albumen (derived from egg whites) and gelatin. Vanilla extract is used in standard marshmallow as a flavoring agent, giving those fluffy little treats their signature flavor. One of the greatest treats ever is the marshmallow toasted over an camp fire, the sugars caramelizing on the outside into a maillard reacted crust, while the inside of the marshmallow becomes a molten, squishy sponge. Those flavors of toasted, roasted sugars and vanilla sit perfectly in a stout, which is why the marshmallow stout, the campfire stout, and the S’mores stout are some of my favorite variations of the style.

If you’re looking to try a marshmallow stout, Garage Brewing has a milk stout with marshmallows, but it’s Highwater Brewing’s Campfire Stout that takes the cake for me. Both are available at Total Wine and More and also at Bevmo, and are perfect beers for the cooler season that’s upon us.