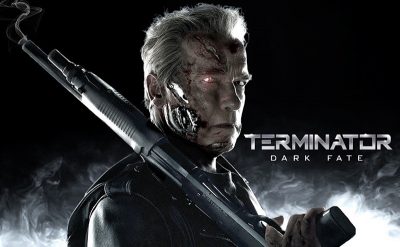 Tim Miller’s (“Deadpool”) official sequel to “T2” is the sixth movie in the franchise but it unfolds as if none of the other storylines happened.  In “Dark Fate,” Sarah Connor and a hybrid cyborg human must protect a young girl from a newly modified liquid Terminator sent to the present from the future.

This big, muscular and suspenseful sci-fi action adventure is set in a bleak but very believable 21st century future.  The contemporary references to the U.S. Mexican border are visceral and appropriate.

As expected, there are a multitude of cool effects and a smattering of clever ideas, but this time-travel tale, as good as it looks, does not have a powerful enough engine to keep it all running at full throttle. 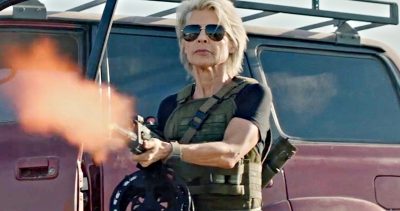 But what makes this movie work and worth seeing is the on screen pairing (or is that re-pairing?) of Arnold Schwarzenneger (72) and Lind Hamilton (63).  They are just great together and bring an authenticity to the proceedings and make it all so much easier to suspend disbelief.

Dani Ramos (Natalie Reyes) lives a simple life with her brother and father in Mexico.

One day an ultra advanced and lethal Rev-9 Terminator travels back in time to hunt and killer her.  Her survival depends on her joining forces with two warriors: Grace (Mackenzie Davis), an enhanced super soldier from the future and tough war vet Sarah Connor.  As the Rev-9 ruthlessly obliterates everything in its hunt for Dani, the three are led to a T-800 (Arnold!) from Sarah’s past that just might be their final, only and thus best hope. 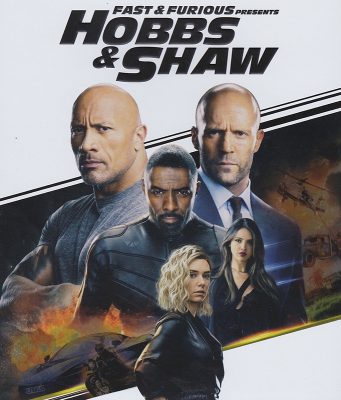 For years, hulking lawman Luke Hobbs and lawless outcast Deckard Shaw have traded smack talk and body blows.  But when cyber-genetically enhanced anarchist Brixton Lorr (Idris Elba) gains control of an insidious bio-threat that could alter humanity forever, Hobbs and Shaw must partner up to bring down the only guy who might be badder than themselves.  Vanessa Kirby joins the cast as Shaw’s sister Hattie.  David Lietch directs from a story by Chris Morgan and a screenplay by Morgan and Drew Pearce.  The end result is a big, loud, sometimes funny and weirdly satisfying action comedy with outstanding set pieces.  Standard but watchable extras.   Universal.  4K UHD. 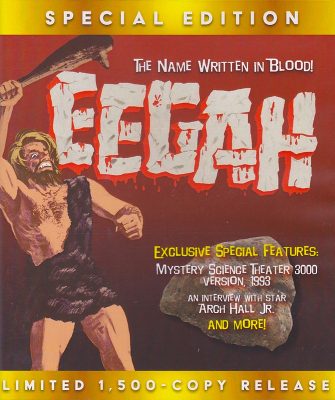 Mystery Science Theater 3000’s favorite seven-foot-tall caveman as never seen before in a special, restored collector’s edition of the 1962 cult classic will be available November 26th.  Originally designed as a vehicle for his son, filmmaker Arch Hall Sr. assumed the role of writer, producer, director and actor to bring the film to fruition, utilizing pseudonyms like “Nicholas Merriwether” and “William Watters” to prevent his name from appearing multiple times in the credits.

Incorporating all the rock ‘n’ roll, pop culture staples of the ‘60s, he added a rampaging, seven-foot-tall Neanderthal to create the thrilling comedy, which follows Eegah (Richard Kiel), a prehistoric caveman who is nearly run over by Roxy Miller (Marilyn Manning) on her way to a party.  Forming a romantic interest in the young beauty, Eegah holds Roxy and her father (Hall Sr.) captive in his lair.  And it’s up to gas station attendant Tom Nelson (Hall Jr.) to rescue his sweetheart from the raging prehistoric brute!  It is what it is. 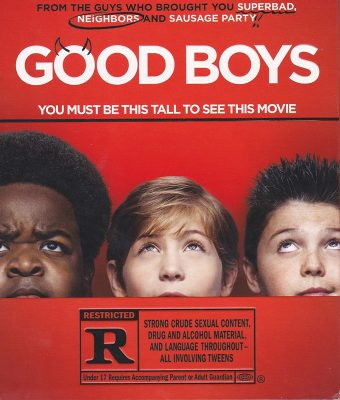 How bad can a sixth grader really get?

After being invited to his first kissing party, 12-year-old Max (Jacob Tremblay) is panicking because he doesn’t know how to kiss.  Eager for some pointers, Max and his friends Thor (Brady Noon) and Lucas (Keith Williams) decide to use Max’s dad’s drone to spy on a teenage couple making out next door.  But when things go ridiculously wrong, the drone is destroyed.  Now, desperate to replace it before Max’s dad (Will Forte) gets home, the boys skip school and set off on an odyssey of epically bad decisions involving some accidentally stolen drugs, frat-house paint ball, and running from both the cops and two terrifying teenage girls (Molly Gordon, Midoru Francis.  This raunchy, repetitive and foul-mouthed R-rated comedy includes an unrated alternate ending, deleted scenes, a gag reel and more.  It was co-written and directed by Gene Stupinsky.  Universal Home Entertainment.