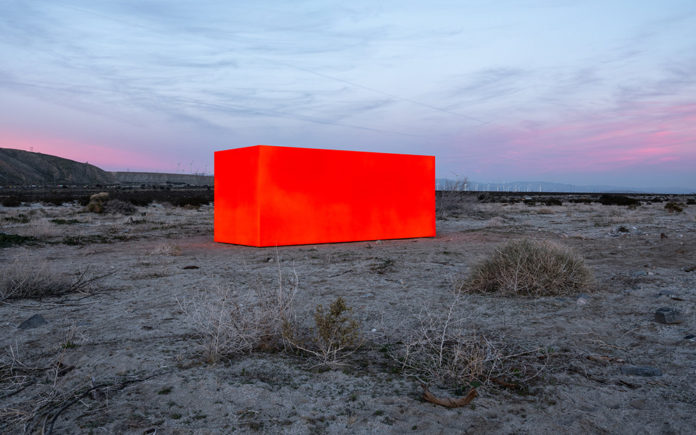 Under the stewardship of it new Arts Events Coordinator, Terry Hastings, UCR-Palm Desert will be bringing several new exhibitions to the valley.

The current exhibition is The Landscape Legacy of Dan Kiley. This show runs February 19 thru April 12.  Dan Kiley (1912-2004) was one of the most important and influential Modernist landscape architects of the 20th century and worked with equally significant architects, such as Eero Saarinen, Louis Kahn and I.M. Pei, to create internationally acknowledged design icons.

In 2012, The Cultural Landscape Foundation (TCLF) created a traveling photographic exhibition that serves as a retrospective of Kiley’s life and career and chronicles the current state of 27 of Kiley’s more than 1,000 projects. The exhibition has several stated goals:  “[1] engage viewers with beautiful photography of Modernist landscape architecture; [2] educate viewers about Dan Kiley and the art of landscape architecture; [3] artfully document the present day state of Kiley’s design legacy to illustrate the stewardship of historic designed landscapes; and [4] draw attention to the continued threat to Modernist landscape architecture, and build a greater appreciation and stewardship ethic for this body of landscape design.”

JTAG also continues a tradition of avante- garde shows. WANDERLAND Art Exhibit by Karin Skiba runs through March 2, 2019. Sikba’s mixed media works uses a constructed collage technique with photos and paintings on paper. The work captures her impressions of her first year in the in her Joshua Tree studio. WANDERLAND imagery is the result of “wandering within the studio environment while living in wonder of the desert.” For more information visit https://joshuatreeartgallery.com

Before you visit Desert X’s installation Specter by artist Sterling Ruby, check with the Desert X app for updates. The recent weather has made travel to some of the installation precarious.

Specter is located at 98-2 Snowcreek Canyon Road, Whitewater. The work appears on the desert landscape as one of those things that just does not seem to fit. It is bright, Fluorescent orange geometric sculpture intended to create “a jarring optical illusion, resembling a Photo shopped composite or collage.” The block, according to the artist, Specter is “mimicking the form it could be — a shipping container, a military bunker, an unidentified object, an abandoned home-stead.”

Sterling Ruby is an American artist known for his use of including ceramics, painting, drawing, collage, sculpture and video. The work is most often presented in large and densely packed installations. Ruby cites, among his influences “aberrant psychologies, urban gangs and graffiti, hip-hop culture, craft, punk, masculinity, violence, public art, prisons, globalization, waste and consumption.” No matter Ruby’s influences, his Specter is there to give all pause as to the state of the desert.