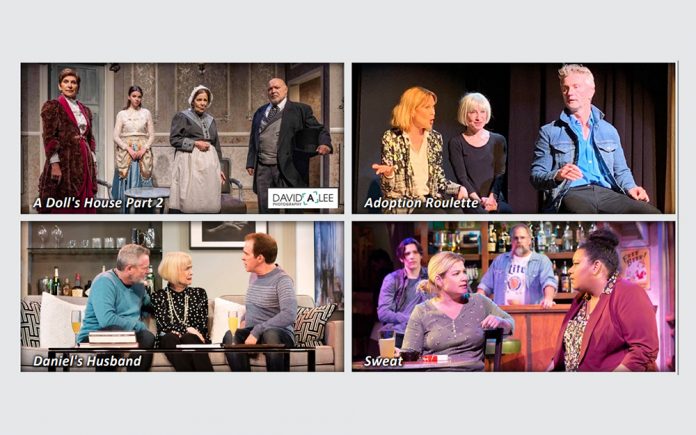 This week the Desert Theatre Star Awards were announced and it was a beautiful walk down memory lane, recalling all of the outstanding shows that graced the stages of the Coachella Valley before the season was cut short.  Fortunately the Desert Theatre League (DTL) who hosts the awards, determined that enough of the productions had occurred to allow them to move forward with the Awards, with one major change, there would not be a physical gathering of the nominees in 2020.

The Desert Theatre League (DTL), a non-profit organization that was founded in 1987, and whose mission is to support and cultivate theatre in the Coachella Valley annually sponsors the Desert Stars Awards to recognize outstanding achievement in theatre arts.

The nominees were announced on August 1, 2020 and the winners just posted on the DTL website’

Recognizing many of the winning shows and performers, it gave me a big morale boost to recall the incredible productions, such as Dezart’s presentation of Michael McKeever’s drama, “Daniel’s Husband.” Which won for, Outstanding Production of a Comedy/Drama – Professional,

the Michael Cruickshank Award for Outstanding Director of a Drama – Professional, awarded to Darin Anthony,

and Outstanding Supporting Actress in a Drama – Professional  Deborah Harmon.

My previous review ‘Daniel’s Husband,’ described it as “Powerful. Provocative. Profound. A show whose incredible impact continues to linger long after the curtain has come down.”

Outstanding Director of a Musical, went to Derik Shopinski – for Richard Rodgers and Oscar Hammerstein’s, The King & I, produced by the Palm Canyon Theatre and no surprise that Shopinski also won for Outstanding Costume Design – Professional.

Both The King and I, as well as Peter Pan, showcased Palm Canyon Theatre’s magical ability to produce Broadway shows with ease.

Outstanding Lead Actress in a Drama; was given to Desiree Clarke, for her incredible performance in Lynn Nottage’s “Sweat,” produced by Dezart Performs.

I had the honor of seeing “Sweat” and “A Doll’s House Part 2,” two productions that resonated with me long after I had left the theatre.  Sweat, for its poignant messaging and Doll House for its thought-provoking theme.

Seeing the names of the artists and productions on this list made me homesick for the theatre.

These are only a partial list of the outstanding performing artists that were recognized through the Desert Star Awards.

Fall is here and we are all longing to feel the energy of normality of live productions. Most art institutions remain uncertain as to when they may be allowed to reopen indoors; and, they remain cautious as to their capacity with social distancing.

The Desert Theatres are all carrying on in their efforts to bring quality performances to audiences through new and old methods. Live Streaming, drive-ins and video productions.