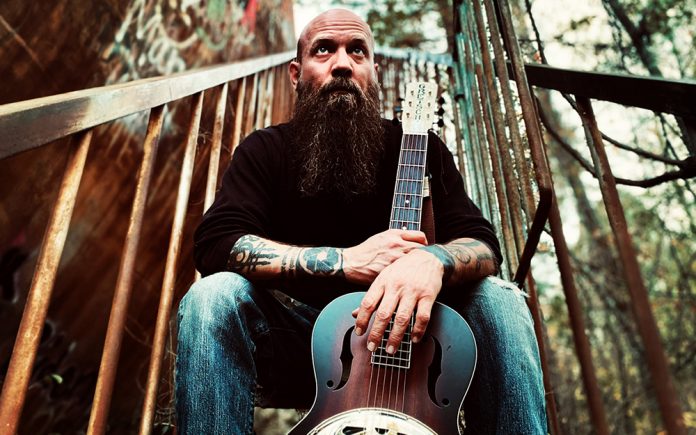 Singer/songwriter and multi-instrumentalist, Andy Toole has been a musician throughout most of his life in one form or another. His skills as a trumpet player took him to college where he won awards for that skill which he still uses to this day. Throughout his youth he picked up drums and guitar with the ultimate goal of being in heavy metal bands which he eventually succeeded in doing.

Toole: “It was always in the back of my head that I wanted to be a metal drummer or vocalist. I had orchestral stuff going on in the back as well. Originally my dad would not allow me to have an electric guitar. My dad plays guitar himself and he was adamant that if I was going to learn, I was going to do it on an acoustic. Then if I stuck with it, I could move on to an electric.” 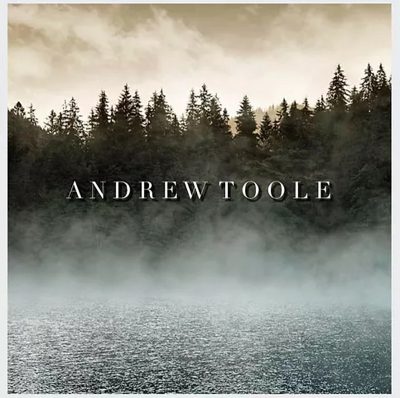 Toole continues: “I started writing songs when I was 15 or 16 and joined some metal bands as a vocalist. It was kinda weird because I was doing James Taylor on the side and then doing Acid Bath in the band room. Completely black and white. I eventually joined a metal band in Florida with my friend Tarver Marsh circa 99 or 2000. You know how those bands kinda come and go. I think it was around 5 or 6 years ago when I really started doing my own thing and focusing on my songwriting instead of trying to be in another band.”

Toole’s current incarnation is as a solo artist who creates euphonious songs in a style he describes as, “East Texas Folk Americana.”  Every bit a Texas boy, Toole carries himself with a reserved aura of class sprinkled in with just the right amount of good old-fashioned, mid-western charm.

Toole: “I come from a little bitty place called Leverett’s Chapel with a population of 91 people. It’s not even on the map.”

CVW: “Do you know everyone in town?”

Tool coyly jests: “I prefer to keep to myself out in the woods.” 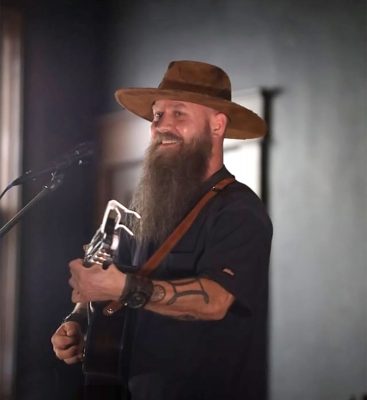 CVW: “I was listening to your stuff online and you are clearly a fantastic singer/songwriter. Seeing as how your songs vary somewhat from each other stylistically, how would you describe your sound?”

Toole: “I’ve been told it’s like an Americana, folk. I’ve even heard psychedelic folk which is interesting. Sometimes it bleeds over into country. But seeing as how I’m really a metal head at heart, I don’t always know where it all comes from.”

CVW: “The songs of yours that I have had the opportunity to listen to seem to have very uplifting vibes. Is that something that you aim for or does it just happen naturally?”

Toole: “There’s a saying that I like to use from time to time that says, ‘You can’t sell dreams to someone who has walked through nightmares.’ I’m six years in recovery for alcoholism this month. If you have seen the dark that I have seen it just sort of flows out of me now that there is a chance. There is a hope out there. I mean, I try to be more vague than just, ‘Fear is bad,’ kinda stuff but that can be reflective of so many things but, dark times are dark times. It doesn’t matter if it’s through addiction or heartache or whatever. Most of my songs are uplifting but I do have my underbelly of stuff that is really dark. Those will be coming out. I just feel like I have to record those on my own.” 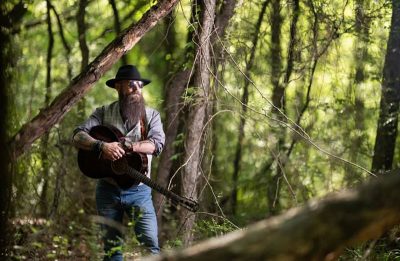 Toole continues: “I’m sitting here now because I sent some of my stuff to Tarver here and he told me to come on out here where he has connected me with Bob Marlet who connected me to Darian Rundle and Ronnie King which is how we started recording this little venture right here which we recorded about a year and 8 months ago. With a team like that we really got some results that we are ultimately proud of and there is a lot more to come.”

Andrew Toole plans on staying and performing in and around So-Cal throughout the rest of the summer. I highly recommend hitting up his website for performance dates and social media because as lovely as his recordings are, rumor has it that his live performances are killer. https://www.andrewtoole.com/