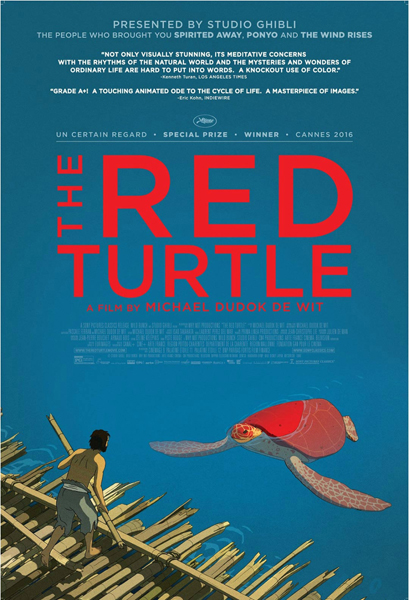 This simple but compelling story of a castaway on a beautiful but deserted tropical island populated by only by turtles, crabs and birds.  This masterfully animated fantasy shows how the man learns to live in isolation, tormented in his efforts to escape the island by a giant red turtle.  He battles and finally beaches the turtle who dries out and dies but miraculously becomes a young woman, who coincidentally was also lost at sea., eventually the two create a family together.

Director de Wit said he hopes the film “shows a deep respect for nature, including human nature, and conveys a sense of peace and awe at the immensity of life.” These environmental themes, which are often at the core of Ghibli films as well, give some clues as to why Hayao Miyazaki personally selected the project to be the Studio Ghibli’s first external co-production. 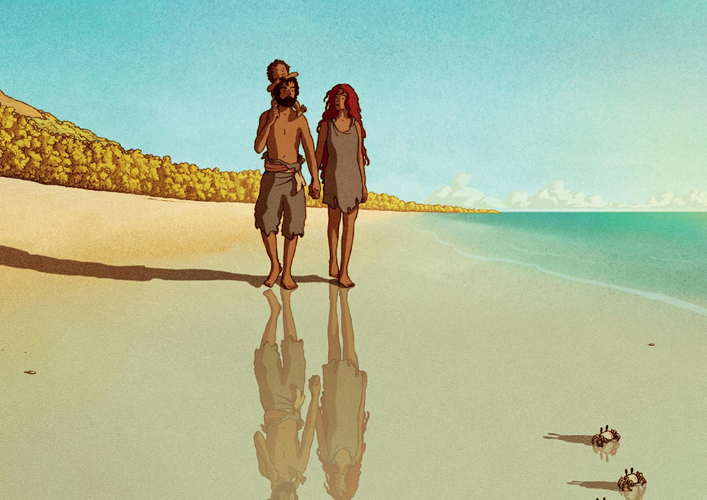 The film is the product of Studio Ghibli’s first external co-production.  Though produced in Europe, the film was made under the auspices of Studio Ghibli. London based animator Michael Dudok de Wit created the storybaords at Ghibli in Japan under the oversight of Isao Takahata, who is credited as the films artistic producer.  The mostly dialogue free film pushes the stunning, carefully composed images to the forefront.  Few films utilize color and light with such acuity – from the near monochrome tint of moonlight on a deserted beach to the boundless shimmering shades of green in a bamboo forest.  It’s an exceedingly rare event when a movie succeeds as art.

Environmental themes, which are often at the core of Studio Ghibli films as well, give some clues as to why Hayao Miyazaki personally selected this project to be Ghibli’s first international co-production.  The beautifully rendered hand-drawn animation creates a personal and very human touch to this visually ravishing film that taps into the deepest of themes and mysteries of our shared existence with the planet itself.   This profound, deliberately paced meditation on the many ways we’ve become alienated from nature, our selves  and the Earth deserves consideration.  Highest recommendation. Sony.  Blu-ray. 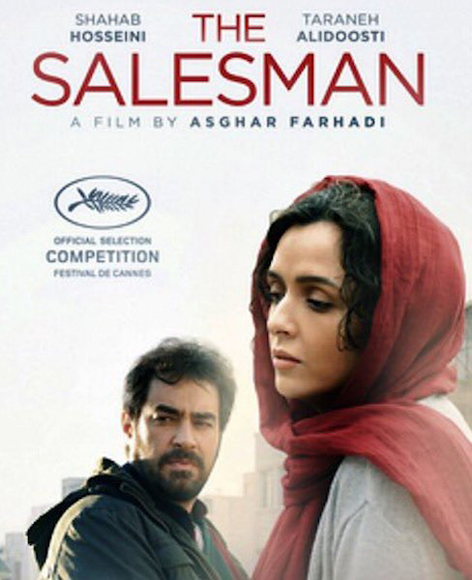 After their old flat becomes damaged, Emad (Shahab Hosseini) and Rana (Taraneh Alidoosti), a young couple living in Tehran, Iran, are forced to move into another apartment. Once relocated, a sudden eruption of violence linked to the previous tenant of their new home radically changes their lives.

This dazzling, darkly funny and riveting tale of love, revenge and forgiveness stars Taraneh Alidoosti and Shahab Hossein as a young married couple living in Tehran whose lives and relationship are forever altered by an unexpected act of violence.  Widely praised by international critics and audiences since its debut at the 2016 Cannes Film Festival, where it won Best Actor (Hossein) and Best Screenplay (Farhadi).  For fans of bold and thought-provoking world cinema, this dazzling, darkly funny human drama is a must see.  Sony.  Blu-ray.