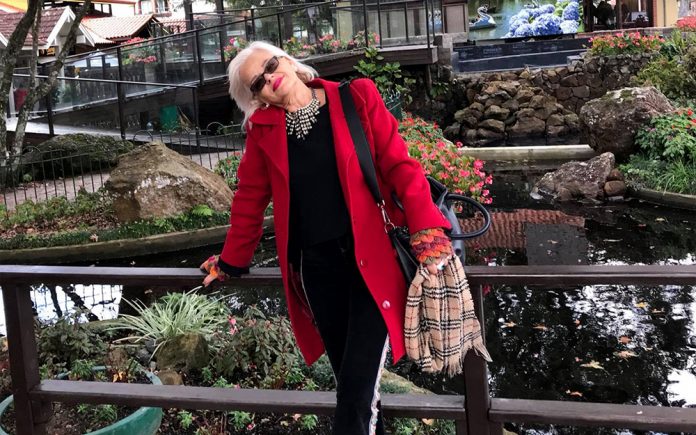 Art can be expressed through different aspects of our lives, whether it be the words we speak, the music we listen to, and even the way we dress. Wardrobe stylist and fashion designer Ilze Volkweis (LZ) has ignited her passion for creative clothing projects throughout the decades—honing her designing skills as a young girl with a dream in Brazil to eventually selling her line on Melrose Avenue, and proving with a little ambition, even the most ordinary of pieces can become unique labors of love.

LZ grew up in a very conservative household during her childhood. She was inspired by her grandmother, who also designed clothing, and used fashion as an outlet to express herself.

“When I was young, I had so many ideas bouncing around in my head, but I was stuck in one place. I would look at fashion magazines, and that was my way of traveling around the world. I would be able to see what other people were wearing in cities like Paris, France, or London, England, and I wanted to be able to make something like the fashion designs I would see on the covers,” said LZ. 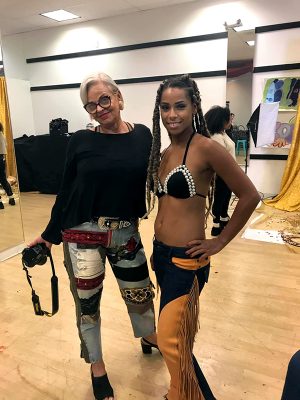 While the modern fashion design process involves various technologies to illustrate and put together each garment, LZ had very limited resources at her disposal during the time—not to mention that her country of Brazil was less developed than the United States when she would sketch out her designs by hand.

She would practice by taking old clothes and modifying them to create a whole new garment with a different cut or additional fabric. The practice of repurposing clothing has been a near and dear practice for LZ, as she believes that the endurance of good-quality material is the key to timeless fashion.

“I have made clothing for a few of my friends, and they tell me that they still have some pieces that I made for them in the 80s. I try to make clothing that is ahead of the curve, and can last for a very long time. I’ve seen trends that show up recently that look a lot like designs I had made decades ago,” explained LZ.

After she turned 17, LZ moved to Rio de Janeiro where she worked as a fashion model, costume designer, and assisted in the wardrobe department on local television shows. She eventually moved to the United States and eventually sold her one-of-a-kind pieces on the famous Melrose Avenue in Los Angeles as part of her line, Xtreme Wear for Girlz. 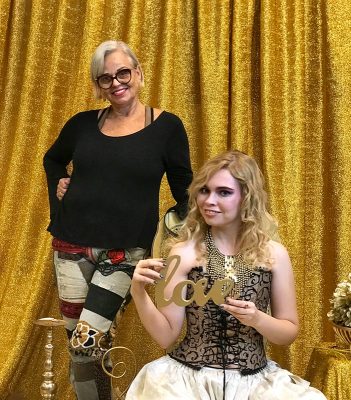 LZ has worked for a variety of celebrity clientele as a personal stylist and designer, such as Shiela Barbera (wife of American animation artist Joseph Barbera), Alexis Gershwin, and cast members from the hit television series Beverly Hills, 90210. She has even sold her fashions locally on El Paseo in the past, contributing to the fashion scene here in the Coachella Valley.

“I love the Palm Springs lifestyle. There is a lot of history with actors and actresses, and designers like Trina Turk are some of my favorites. The fashion here is so fun. I hope to get to know more local designers,” shared LZ. 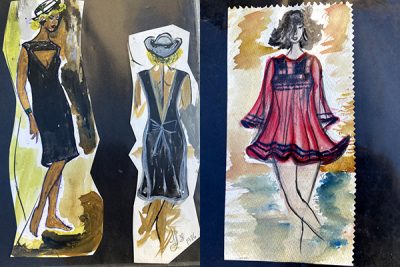 Describing her personal style as punk rock and chic, LZ incorporates a lot of textured materials like lace and studded embellishments to have her garments give off the same urban edge. She still makes all of her original pieces by hand, adding an element of contemporary elegance that would not be out of place on the runway or on the streets of Los Angeles. She cites her favorite article of clothing she has created as being a pair of jeans with an assortment of patches that she has owned for the span of three decades.

“At this point in my life, I don’t care about being successful. I have accomplished so much in my career already, and what I want to focus on right now is to just do what I love. I feel so at home in my little studio with my sewing machine and my materials. I am ready to just practice my passion in this new desert setting,” stated LZ.