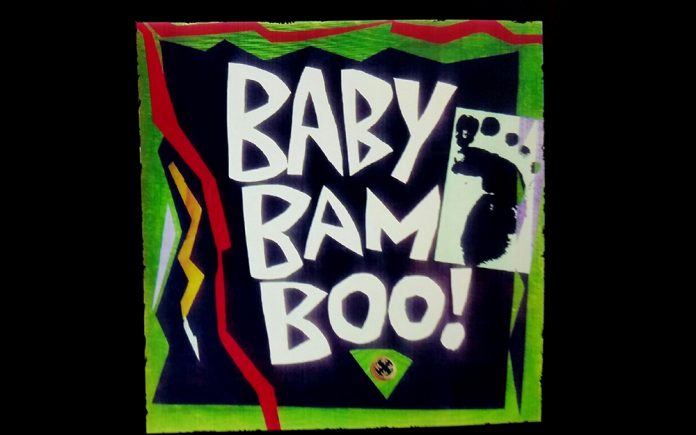 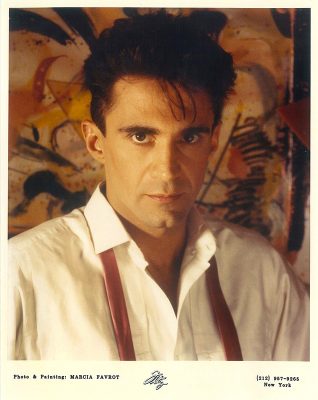 We are familiar with Jimi ‘FITZ’ Fitzgerald as one of the most avant-garde individuals to ever call the Coachella Valley home. His work as a musician, promoter, supporter and radio personality will likely never be matched and continues to blaze the trail for all that will come after him. As recipient of the ‘Pioneer Award’ at the 2019 Coachella Valley Music Awards, Fitz continues to live up to the title with his newest project that is actually a revival of a group he fronted and performed with in the 1990’s, Alternative group BABY BAM BOO!

Dubbed “Modern Rock with a twist…” the album was recorded at River Road Studios in Hendersonville, Tennessee. In Satterfield, Fitz has a Grammy and Dove Award-winning drummer who manned the kit for 20 years with The Oak Ridge Boys.

The lead track is reminiscent of Peter Gunn by Henry Mancini; deep in bass and heavenly guitar. What a great musical intro to Fitz’s archetypal Rod Serling-type vociferation draped with Meier’s sexy chorus. With Fitz’s radio career, who else better to dictate what it means to be ‘on-air’. “Space rage, radio waves, welcome to the information age”. A great introduction to the Baby Bam Boo modulation if you’ve never heard them before.

A slower bluesy song with a tinge of Doo Wop leads into a funky groove of male and female vocals. The signature Baby Bam Boo sound is laid down here and the title track is an obvious calling card.

That 60’s sentiment is apparent. This could have made it on any of the Austin Powers Soundtracks. The drums and percussion drive the song especially in the intro and after the 3:00 mark. Many ancient cultures have a Goddess of Love as a representation of the numerous different facets reflecting the prevailing society’s views on love, sexuality and marriage. The U.S. could use her help right now.

Purposely Native American consciousness and drumming are featured here. The tempo change halfway through is juiced up and the guitar takes center stage, then back to the original tempo. Has minimal vocals but the song kicks ass!

A keen, revamped and voguish version of Fitz’ globally popular song originally released in 1984 that was his biggest hit and reached #2 in Italy. The video was a smash on MTV.

One of my favorite songs on this multifarious album; from the onset it rocks! It’s foreboding and large. You won’t recognize this side of Fitz. The female background vocals are eerie. The bass line stands out. It’s relentless; in my wheelhouse of Rock.

This song is a pleasant alternating of vocal duties between Fitz and Meier. A lively and snappy tune. Funky guitar and bass refreshingly inundate your ear holes.

That Alternative/Grunge movement is felt here. An edgy and impulsive song; “Have you ever walked the streets alone on Friday night?”

Cool bass intro and strutting tempo, guitar has a good hook. Female vocals are wretchedly righteous; a real groovy song with Rock as its basis. This song can stand against any The Cult, Hole or Smashing Pumpkins song.

Another fetching Funk song; the instrumentation on this album is topnotch. To go from Rock to Funk to Alternative is so “hard, and never been easy”.

A commanding song to round out the album. “Into the desert, mouth hot and dry, smile like an angel, the devil in disguise, I’ve been waiting for so long, why don’t you take me, I want it all…City of Sin, why don’t you let me in?” It’s lustful, wicked and indecent in every way and oh so right to end the album.