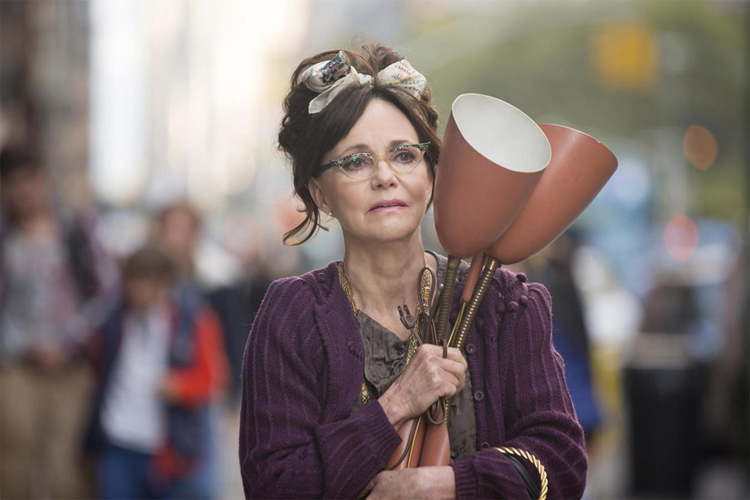 We all project an identity whether we wear a name tag or not. Sally Field’s Doris Miller projects a dowdy 60-something sweet eccentric with a slightly clownish wardrobe. Doris has a mundane office job and almost no life beyond the office walls. She still lives in the clutter-filled Staten Island house she grew up in, which she shared with her mother until the latter’s recent death. Doris isn’t especially unhappy or particularly lonely. Tyne Daly is her grating best friend and Stephen Root plays her understandably concerned brother. Doris does have some friendly co-workers. But clearly, her life isn’t exactly moving forward. But with the arrival of new art director John Freemont (Max Greenfield) a charming and handsome stranger her dreary world is turned upside down. The grinning and outgoing Freemont is half Doris’ age yet he flirts with her. Doris daydreams about Freemont but wouldn’t think of taking it any further when a motivational speaker (Peter Gallagher) inspires her to go for it. Doris fabricates a false identity on Facebook  and attempts to get to know John better by pretending to like his favorite electro-pop band.  Not surprisingly, John and his Brooklyn hipster friends think Doris is cool. But could John actually be into her? Sometimes the film seems to be heading toward a sexual encounter between John and Doris a la Hal Ashby’s 1973 “Harold and Maude.” but a carnal relationship is not what this film is really about, tempting as that premise might be.  Recommnended. 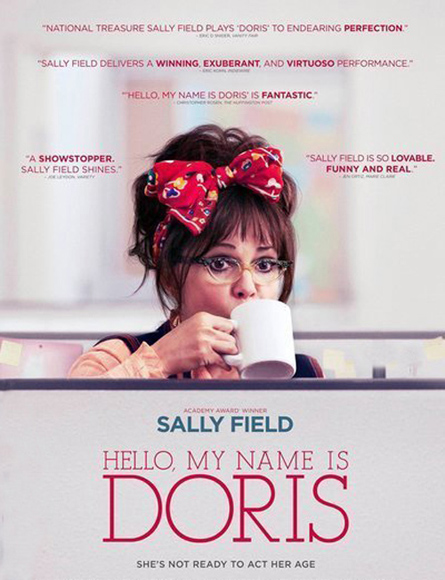 HELLO MY NAME IS DORIS

Director Michael Showalter also adapted the script with Laura Terruso from Terruso’s short film “Doris & The Intern.” At times I thought there was an uncomfortable tone of mocking Doris when in fact she is a hugely sympathetic , eccentric character in this character-driven light drama.

It’s always fun to witness a character discover ways to break free from the prison of the past. Field is a marvel in what I think is the first Oscar worthy performance of the year in this satisfying and upbeat comedy drama that’s a coming of middle-age story done right. Big recommendation. 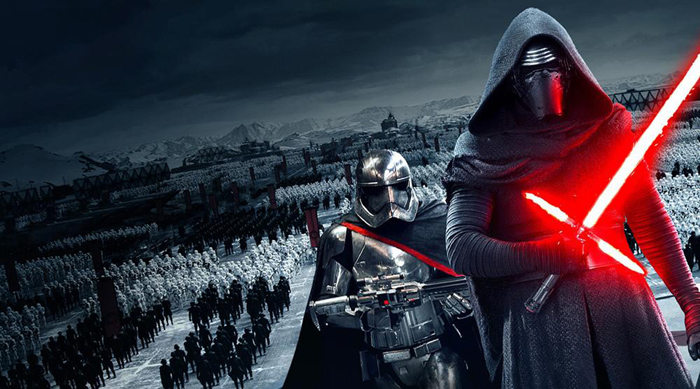 If you really wanted to see SWVII, you probably already have. The $2 billion plus global haul is not because it’s a great movie. It’s actually rather mediocre. Ther was no input from SW creatoir George Lucas. It’s success is due more because it pushed the nostalgia button than great story-telling. The JJ Abrams directed saga begins three decades after the Galactic Empire’s defeat. Now the galaxy faces a new threat from the evil Kylo Ren (Adam Driver) and the First Order. Some familiar faces are back but Luke Skywalker, the last of the Jedi Knights is missing. The home version looks great and has a slew of cool extras including featurettes and deleted scenes. Blu-ray.  Disney. 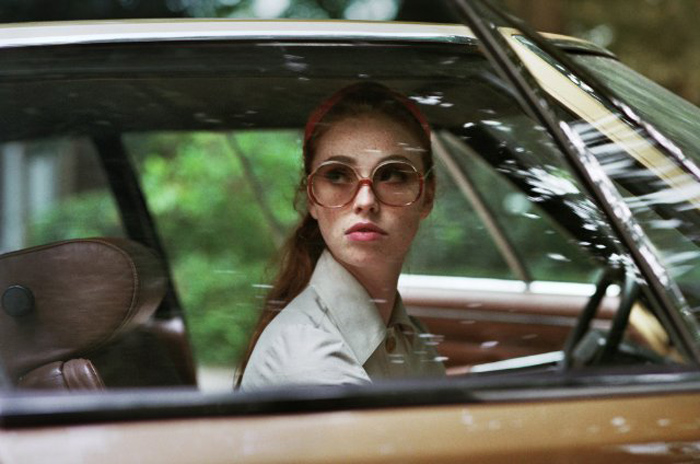 THE LADY IN THE CAR WITH GLASSES AND A GUN

This cool French psychological neo-noir thriller is based on Sebastian Japrisot’s novel “One Deadly Summer, A Very Long Engagement.” The plot has us riding along with beautiful Dany (Freva Mavor) after she steals her boss’s blue Thunderbird in hopes of finally making her way to the sea.

However, as luck would have it, Dany’s fantasy joyride along the Mediterranean coast turns into a nightmare when a dead body is discovered hidden in the trunk of her stolen car. While attempting to piece together the puzzle of the murder, Dany is soon battling her own psyche as she tries to figure out how the locals from a seaside town she’s never visited claim to have seen her before. Is Dany losing her mind? Is the quaint seaside town trying to pin a murder on her? One she clearly did not commit. What is going on? Nice extras include an interview with director Joann Star along a gallery of Star’s painting.  Magnolia.  Blu-ray.