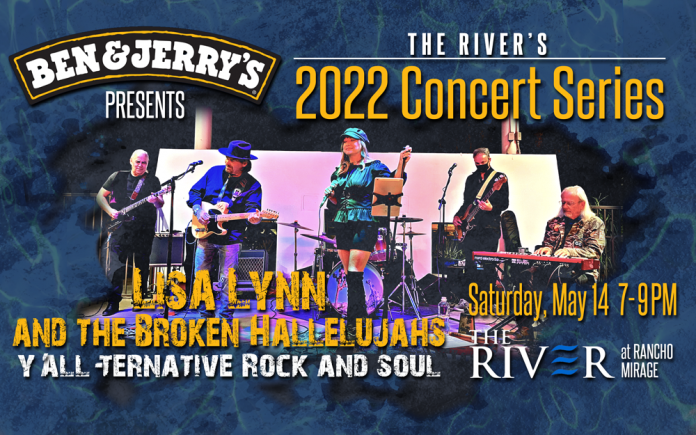 While the Coachella Valley is on the cusp of summer fun, Ben & Jerry’s will present a 2022 concert music series at The River through the month of May every Saturday at 7 p.m., and on the Sundays of Mother’s Day and Memorial Day weekend. All performances will take place at The River’s outdoor amphitheater. 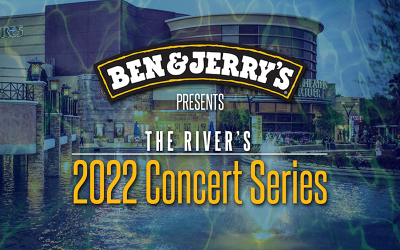 “We want to give back to our community. It is a way for Ben & Jerry’s to say thank you to all our loyal customers and friends. We appreciate them for supporting our small businesses through the years. Now, it’s their turn to relax and enjoy a free show on us,” stated President/CEO of Ben & Jerry’s at The River, Laurie Kettering. 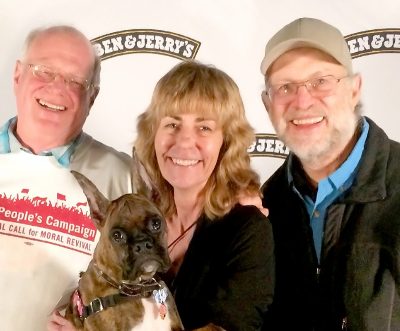 “I felt extremely honored by that achievement. Then later that year, the recession came. I was young and it scared me a lot. My team and I worked hard and created promotions, fundraising events, and partnerships in the community that I was able to develop and cultivate through the years,” said Laurie.

Laurie started creating and executing weekly entertainment at The River. Last year was the first year where Ben & Jerry’s sponsored the summer music series. The concerts originally lasted for two months, but due to the seasonal scorching temperatures, a lot of shows got cancelled because of the weather or high winds.

This year, Laurie decided to focus on Mother’s Day weekend and Memorial Day weekend, booking two bands for each, that way there is still the same amount of entertainment.

“It’s a nice way to kick off the summer while we’re able to sit outside and listen to top-notch bands and bring the community together to have fun and experience The River,” shared Laurie. 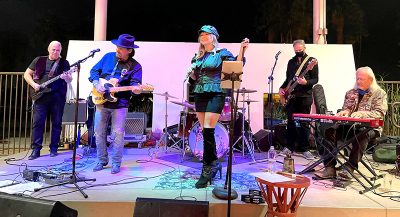 Lisa Lynn Morgan of Lisa Lynn and the Broken Hallelujahs promises a crazy mix of y’all-ternative country, rock and soul at the band’s performance on May 14, proving not to be your average set list. She will be joined by Bobby ‘Holy Moses’ Nichols on lead guitar (sure to be a treat for guitar enthusiasts), multi-instrumentalist Eric Frankson on keys and fiddle, Tom Bowers on bass and helping Lisa Lynn out on vocals, and Jeff Bowman on drums, who has played with bands like Unsound, Nick Oliveri, Waxy, and People of the Sun, and “Lisa Lynn will play tambourine, cowbell, and kazoo with a sunny disposition.” On a serious note Lisa and her band have won numerous CV Music Awards over the years. 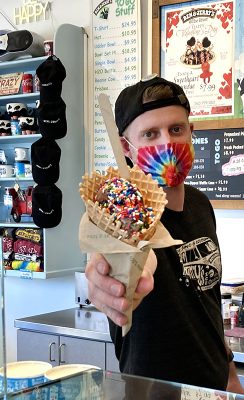 Coming out of the COVID-19 pandemic, Lisa acknowledges the opportunity that the summer concert series has for local musicians to showcase their sound and perform—a chance that was not offered during quarantine.

“Music has a magic effect on people. I saw just how profound it was as people heard live music after a year and a half of being away from it. The joy, the dancing, and even the tears were evidence. It brings us together, bonds us, and fortifies us. It’s a beautiful setting, next to the mountains, under the stars—the seats on the patios of P.F. Chang’s and The Cheesecake Factory act as an outdoor balcony. People and their kids gather and dance spontaneously. There’s a special kind of magic when that happens,” said Lisa. 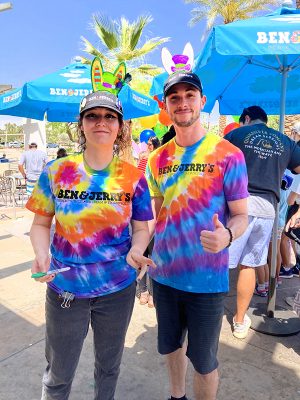 There are plans for Ben & Jerry’s to continue sponsoring a concert series every year through the month of May and the two holidays for the foreseeable future. Laurie feels proud to be involved in the Ben & Jerry’s company and interacting with the people of the Coachella Valley.

“As a globally recognized brand, Ben & Jerry’s allows me to work within the community, support my favorite charities, and create fun projects. I love the freedom the corporation gives us to support our charities and create partnerships within the community. With the quality of Ben & Jerry’s ice cream and the atmosphere that the shop creates, it’s a fun environment. The staff is what makes the store brilliant,” shared Laurie. 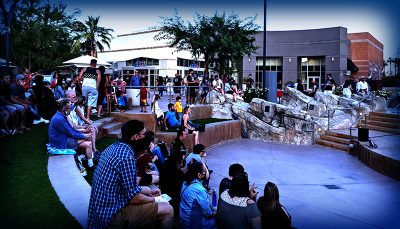 For more information on Ben & Jerry’s hours and menu, visit the website at www.benjerrys.com/ranchomirage.