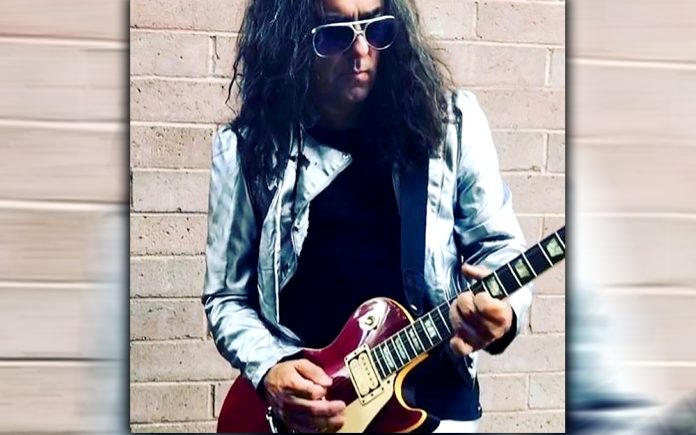 Billy Tsounis is a South African-born rock guitarist, composer and multi-instrumentalist who performs Psychedelic-Jam-Space-Rock out of Hemet, California. As a Berklee School of Music alumni, Tsounis writes and performs all-instrumental compositions. He has done extensive session work and teaches music at the Temecula Music Academy and the Harvard Street Music Exchange in Hemet. Tsounis has described his sound as, “Lovely sonic salad and waves of Psychedelic/Punk-Jazz sounds billowing out in our drone-age reality.” 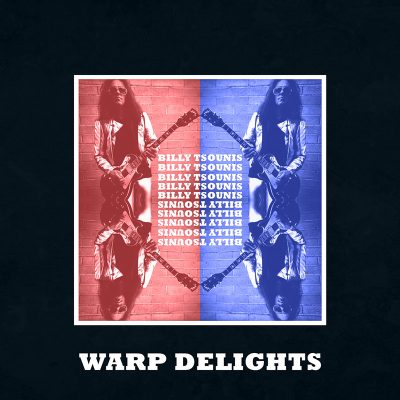 His latest album, Warp Delights is a continued progression of space jams and improvisations based off Tsounis’ planetary riffs and arresting chord progressions. All songs were written by Tsounis, except “Serene,” written by Tsounis and Adline Idowu. It was recorded and mixed by David Pearson at Peace Street Recorders in Grand Terrace, CA and mastered by Mark Fuller. The album, released on October 2, 2019, is available on all digital outlets as well as at billytsounis.bandcamp.com.

The follow-up to Pimped by the Gods (2017) is the ultimate sonic adventure. As Tsounis has done in the past, he ‘wings it’ ‘on the fly’ and traditionally prefers the first or second take during the recording process. He then will add the integrative pigments of sound he sees fit. On his sensory trips he only takes the best with him, joining Tsounis on the album are Lucas Marquardt (electric cello), Aris Weathersby (bass) and Will Rury (drums).

Below is the Coachella Valley Weekly album review of Warp Delights.

As strange as the title of the song is, there’s a pleasant cacophony to the intro. The musicians are pad-locked from the get-go

Serene is on the money. That guitar tone is tranquilizing. Tsounis leads us to a waterfront seat by Lake Cosmic. The sensation I welcome is me moving aimlessly in space after leaving the Earth’s thermosphere with no journey’s end.

As with any swamp shopping excursion, this would be your theme music. The more rocking and driving song on this album thanks to the pronounced bass and drum work by Weathersby and Rury.

There’s a fretfulness that creates a harmonious uneasiness in this song. Tsounis is calculated in naming his wordless tunes. Much like Joe Satriani, he creates mood through dissonance, tone and resonance. It’s that loudness that allows the title to surface.

Awakens the memories of both Santo & Johnny and Buddy Holly’s versions of “Sleep Walk,” but of course, in the void.

The term ‘babalas’ is defined as a South African drunk. The name ‘Lilo’ means ‘Generous One’ and its origin is Hawaiian. A ‘generous drunk’? Maybe not, but the song, the lengthiest on the album, has all the elements that make up the band’s eight albums; Space, Jazz, Experimental, Fusion, Classic, Psychedelic, Progressive and Punk Rock.

With its slower velocity, it mirrors the time-lapsed transformation of a caterpillar to a butterfly. The only words on the album that I can discern, “I put a spell on you,” reverberate several times. Tsounis claims this on track 7 when he had us at track 1.

A triumphant exit. Beautiful build up. Tsounis takes you on a journey here. This is the reentry into the big blue marble’s atmosphere after a 47 minute round trip of musical bliss into meta-galactic space on the Messy Nostalgia Machine.